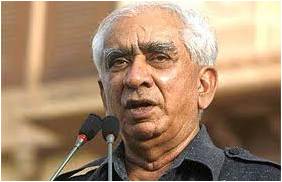 Jaswant Singh, a revered national leader, an articulate writer, an ex-soldier and a thorough gentleman, was seen on television with moist eyes and quivering lips while taking part in a panel discussion on the latest disclosures by the Chief of Army Staff (COAS), General VK Singh, of having been offered a bribe by some defence hardware lobbyist. There are many citizens of the Nation, especially serving and veteran soldiers, who echo Jaswant Singh’s sentiments. There are no two opinions about the fact that all that what has been happening in the last few months has caused considerable harm to the reputation of an institution revered by the Nation; an institution which is also the bulwark of the Nations aspirations of freedom, democracy, progress and development.

The positive fall out of all this is that many skeletons have come out of the closet; things which were discussed in hushed tones, rumours that constantly did the rounds, are now out in the open. This has presented an excellent opportunity to take positive action towards setting things right. It could not have happened at a better time since the Nation is now looking at a new set of security challenges triggered by rapid militarization of inimical forces in the immediate neighbourhood. It is time for the nation to set out on a path of rational debate to come up with solutions that go beyond blame games and mudslinging.

This startling revelation, predictably, created a furore in the political and media circles which is not unusual considering the seriousness of the allegation. Naturally, the nation has witnessed a feeling of apprehension and many issues have been thrown up. A primary concern is the affect of all this on the morale of the Army. An insight into the functioning of the Army would lead to a conclusion that such fears are unfounded. The core of the Army lies in the unit (a regiment/battalion) and traditionally this body keeps itself isolated from the power plays of the government and higher headquarters. One has not heard of any let up in counter terrorist operations because of all that is happening in Delhi. Since operational commitment is intact it can be deduced that the impact is minimal.

The second issue of concern is the affect on the defence preparedness of the Army. This is an area which needs proactive engagement. It is now in the public domain that the Nations defence acquisition process, more critically, the indigenous defence research and production process is way behind schedule. A look back into history would throw more light on this aspect. The nation suffered because of laxity and procrastination in the Indo-China War of 1962. The resultant awakening led to a period of frantic modernisation and capability build up. The initial bent towards America was replaced by a tilt towards the Soviet Union – our most abiding ally during the period of the cold war. India, at that stage, had no option but to depend upon the Soviet bloc for its military hardware. Only these countries accepted payment in Rupees and trader barters for hardware export. The result was that our Armed Forces were predominantly equipped with Soviet bloc military hardware be it tanks, infantry combat vehicles, artillery, engineering equipment, aircrafts, ships, communication equipment and a vast array of other products. With the choice being limited the process of acquisition was also fairly simple.

The result was that India built up a formidable force whose minor lack of sophistication was amply covered by superior training of our excellent soldiers. This was undeniably the golden period of the development of Indian Armed Forces. It was this development of capability which propelled Pakistan’s President, Zia-ul-Haq, to change strategy from outright belligerence to “bleeding with a thousand cuts”; he fully understood that his Nation was no longer capable of standing up to the might of the Indian Armed Forces in a conventional war. China also learnt to keep quiet.

It was the aftermath of the cold war, the breakdown of the Soviet bloc and opening of the Indian economy which brought about a change in the Indian defence acquisition process. With industries in the Soviet bloc slowing down and more funds being available with the Indian government for defence acquisition the panorama expanded to include vendors from Europe, America, Israel etc. The Ministry of Defence and the service headquarters were ill prepared for the highly competitive environment that this paradigm shift entailed, as a result, one of the first major acquisitions – the Bofors Guns, landed into a controversy of kickbacks. Also, at this point in time, both the Ministry of Defence and the services headquarters started looking for larger stakes in the acquisition process leading to a veritable turf war which has peaked with the latest incidents.

The end result is that we now have in place a defence procurement procedure laid down in a manual which runs into more than 260 pages and can fox even the most astute lawyer. Despite the volume, it continues to have gaping holes which are blatantly exploited by vested interests. In the name of transparency a monster has been created which stalls most procurement’s and yet leads to controversies. The nation is getting nothing while the media is having a field day with scams and scandals galore.

Amidst the blame game and the trust a deficit that has become the order of the day, it is the Nation which is suffering and we are now staring at a situation which can well lead to a repeat of the 1962 military debacle. That those entrusted with the sacred responsibility of maintaining the cutting edge of the defence forces over the last few decades have failed miserably is irrefutable in the wake of the sorry state of our present day defence preparedness. All the incumbents have to share the blame and carry it on their conscience. Jaswant Singh has admitted to his shortcomings most lucidly, one hopes that other will also be as honest to their own selves.

Not much can be done about the time gone by. Once the dust of the present day controversies settles down, General Bikram Singh, the COAS designate, will emerge as the new clog in the wheel and on him will rest the onerous responsibility of setting things right. He is taking over the mantle of COAS at a time when the situation is far more critical than that obtainable during the five wars and numerous operations that the Indian Army has gone through post independence. This situation presents to him a significant opportunity to go down into annals of history as a soldier who presided over the resurrection of the Indian Army.

Now that the cat is out of the bag every citizen of the Nation, propelled by the media, needs to impose upon the government to hasten the process of defence acquisition and indegenisation to give to their soldiers all that they require for fulfilling the sacred trust of national security reposed upon them. The forces headquarters are integrated with the governments Ministry of Defence to assist in the acquisition process. The ultimate responsibility lies squarely on the shoulders of the government. Is the nation ready to accept a subservient position in the global community simply because one AK Antony wants to save his squeaky clean image? We must realize that age, bribery allegations etc are frivolous issue at an individual level, what is more important is the cutting edge of our forces and that is the area where national debate should be directed, it does not provide sensational sound bytes but is critical nevertheless. The Indian soldier when called upon to sacrifice his life for the Nation will do so even with his hands and legs tied, such is his level of bravery. It is also a historic fact that the brave Indian soldier has invariably been betrayed by his masters or his commander. Here’s hoping that this historical travesty is not repeated.