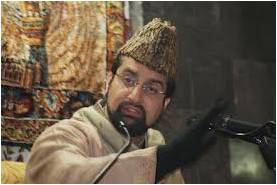 While the nation as well as all right thinking people in the international milieu are shocked at the heinous act of beheading of an Indian soldier on Indian soil carried out by the Pakistan army, there are voices that are sounding a different note altogether; a note that is particularly at odds with all norms of civilised behaviour and honourable conduct. Voices that deserve mention in particular (primarily due to the incredible nature of comments) are those speaking on behalf of the All Party Hurriyat Conference. Reports suggest that the lower rung of the Hurriyat has been tasked to address gatherings after Friday prayers in their respective areas and express the view that the Pakistani army had nothing whatsoever to do with the heinous crime and it had, in fact, been orchestrated by the Indian Army itself.

While the very idea of an act of this nature being conducted by any army on its own soldiers is preposterous, the reasons being cited for this are even more incomprehensible to the logical mind. On grounds of sheer absurdity these reasons do not really deserve being talked about, yet, one may dwell on them simply in order to put things in perspective. The line that is being fed is that the Indian Army has gone to such lengths purely because they want to continue to be stationed in Jammu and Kashmir, get some additional allowances and ensure that AFSPA is not revoked from the state. Most interestingly, the first line of separatist leadership in Kashmir is slightly subdued at the moment, no doubt in anticipation of some kind of favour or recognition from the Central Government at Delhi. For this reason they have passed on the baton to their lower level rabble rousers, so that the nefarious designs of their masters across the border continue to be put into practice unhindered.

Separatist leaders who otherwise talk incessantly of human rights and frequently decry their violations in Jammu and Kashmir have miserably failed in reacting against this most heinous crime against the spirit and letter of the Geneva Conventions. In fact, the Mirwaiz went so far as to pontificate on the removal of the Indian army

from the state of Jammu and Kashmir. He was even upset at the very logical protest lodged by the Government of India and the Indian media. Syed Ali Shah Geelani, on the other hand, did not even think this was worthy of any kind of comment. Very interestingly, the spirit of the statements runs very close to those issued by the official establishment in Pakistan. Thus, most evidently, despite espousing the cause of an independent Kashmir these leaders are following the dictates of the Pakistani establishment.

What is being conveniently forgotten is that the Indian Army, a profoundly disciplined force, is not operating on its independent discretion. It is merely carrying out the orders of the civil administration in aid of the Government of the State. It has no personal interest whatsoever and nothing to gain out of being stationed in the state of Jammu and Kashmir. It is there to ensure the safety and integrity of the nation’s borders in concert with its avowed duty. Undoubtedly, the army is doing a commendable job in this regard. That being the case, it becomes the duty of the political administration and other significant stakeholders to stand up and speak up for the army.

While one would not want to even dignify such statements with any kind of justification, this is being done because it is disheartening and even shocking to see that they are being taken so lightly by the administration even though they amount to sedition. While a general statement regarding radical elements within Hinduism delivered by the Union Home Minister is being exploited by the likes of Hafiz Sayeed to the hilt; in Jammu and Kashmir secessionist elements are being allowed a free run to say what they will, where they will and that too against the armed forces of the country.

In this particular case it is the moral responsibility of the Chief Minister of the state to come down heavily against such miscreants. Where was the Jammu and Kashmir police when all this was happening openly? Why did it not arrest all such persons who have been making such outrageous comments openly with the sole intent of spreading disaffection amongst the population? For that matter why has the Chief Minister of the state not come out to openly stand alongside the army in its hour of grief? Was it not the moral duty of the Chief Minister to commiserate with the army and the family of the two martyred soldiers? After all it was in defense of his land that the soldiers had not only lost their lives but also had been brutally mutilated. Isn’t such behaviour indicative of a gross lack of insensitivity?

It is now for the government of India, on behalf of the people, to take cognisance of this open sedition from the stooges of Pakistan. The government at the centre and the state need to expose to the world as to how different segments of the whole separatist lobby, despite having multiple faces, are operating in complete synchronisation with each other. In fact, so smooth is their co-ordination that they come across as a single entity orchestrating the whole process. There are no prizes for guessing that the conductor of this orchestra is Pakistan and the aim is to somehow undermine the benefits gained from the restoration of relative peace in the state of Jammu and Kashmir. One can only hope that proactive action will negate all such nefarious activities that are designed bring about cracks in the national fabric and lower the esteem of the armed forces.