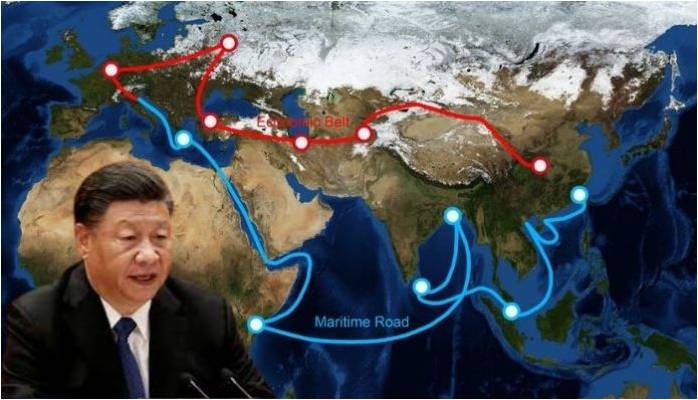 “There are two ways to conquer and enslave a country: One is by the sword; the other is by debt”

“Parvane ko nahi pata ki jis shamaa se who lipat raha hai, wahi usko jalaa kar raakh kar degi.” Have you heard of this famous Bollywood line   about fatal attraction of the moth to a flame?  Similar is the case of developing or poor countries that are attracted by soft loans from PRC with the hope of developing their country’s infrastructure and provide better life to their citizens.  Unfortunately, they are not aware of this fatal attraction and the debt trap, they are unknowingly getting into. It’s often too late when they realize their mistake. More and more countries are facing financial crisis after being trapped by the Dragon.

China is the only country in the world having expansionist policy to control other countries.    However, their intention to dominate other countries by luring them in debt has come to the fore only in the present Xi Ping regime. Recently, more and more countries are getting trapped in the debt of China and almost at the verge of being declared bankrupt. China’s growing global footprint and aggression is shaping the world forum and now, Chinese power redefines geopolitics and geo-economics of the globe. All this happening in the immediate neighbourhood of India, is not a happy development for us.

Rise of China as Economic Power

In the 21st Century, China is playing a pivotal role in the world economy and contributes nearly 20% to global GDP, being just second highest after USA. China is the world’s largest exporter, the reason for this being its   quality  products at a low cost and a relatively shorter shipment time. Beijing is also the world’s largest non-commercial lender, more than the International Monetary Fund and the World Bank. China’s share of bilateral debt owed by the world’s poorest countries to members of the G20 has risen from 45%  to 63% last year.

A report released in 2020 suggests that China has distributed $5.6 trillion in loans to various countries in the name of development. China has financed bigger projects and taken on higher levels of credit risk with  stronger repayment safeguards, in place. Along with this, 65 % of all the loans distributed under bilateral relations in the world have been distributed by China alone.   According to PRC, they do  this for welfare of humanity,  as a responsible country of the global community.

‘Debt-trap diplomacy’  is a term which describes a creditor country or institution extending debt to a borrowing nation partially, or solely to increase the lender’s political leverage.  The creditor country is said to extend excessive credit to a debtor country with the intention of extracting economic or political concessions when the debtor country becomes unable to meet its repayment obligations. Presently, 42 countries now have   public debt exposure to China in excess of 10% of GDP. Poor nations like the Republic of Djibouti, Laos, Zambia, Nigeria and Kyrgyzstan have debts to China amounting to 20% of their GDP.

China is using its economic heft by providing   huge and easy loans to developing and underdeveloped countries for development and up gradation of infrastructure. The companies and manpower working on these projects are majorly Chinese which indirectly gives access to the country’s natural resources and disturbs the local economy of the region by flooding cheap Chinese goods in the market. This leads to the economy of the country being crippled and makes it difficult for the borrowing government to pay off their debt. Eyeing the opportunity, China demands acquisition of a strategic asset of the country to write off the debt in part. China has taken control of  strategic port City of Hambantota in Sri Lanka, Gwadar port of Pakistan, Lekki Deep Sea port in Nigeria,    Port of Sudan, Mombasa Port in Kenya, Entebbe airport of Uganda  and many more.  China indirectly enters the politics of that country and then dominates its sovereignty. China, however, vehemently refutes all such ideas of a ‘debt trap’  being neither factual nor logical and calls it a false narrative, created by western countries and their media.

Some of the examples of Dragon’s debt trap are elucidated hereafter.

Sri Lanka is facing the worst financial crisis with shortage of fuel, food and medicines. It has also defaulted on repayment and debt servicing of entire external debt of $51 Billion, in April 2022.  Sri Lanka has   to repay about $4 billion worth of debt this year, including a $1 billion international sovereign bond. China is Sri Lanka’s biggest bilateral lender accounting for 10% of its foreign debt.

Critics believe that Sri Lanka is the poster boy for China’s infamous debt trap diplomacy.   China’s debt trap should not be seen in economic terms alone, and therefore, it is now being dubbed as a “strategic trap” or as some like to call it, the “modern-day colonialism.”  While China refused to help Sri Lanka as it would set a wrong precedent for other countries that have taken loan from China, Unable to pay the Chinese debt, they are compelled to give the strategic port City of Habbantota to China, with 71% stakes, on 99 years lease.

China and Pakistan have been close friends since the formation of the Pakistan. China invested $ 64.97 billion in Pakistan between 2015 and 2021  for developing infrastructure and trade routes in Pakistan. China has completely paralyzed the Pakistani economy by flooding markets with its goods and has brought leading local industries like textile to its knees, begging for survival. Gwadar Port, the deepest sea port in the world located in the Arabian Sea, is almost sold out to China as it holds a stake of 91%.   Gwadar port will be a strategic asset because China is the world’s biggest importer of oil.

Experts have estimated that Pakistan would require nearly 40 years to pay back its debt to China. Scholars suggest that the debt could give China undue influence in Pakistan’s affairs.  Pakistan has become almost a vassal state of China.

China has almost invested $94.5 billion in Africa for development of infrastructure and facilities.   In 2020, the African countries with the largest Chinese debt were Angola, Ethiopia, Zambia, Congo and Sudan.     China sees Africa as the key player in their trade aspirations and is constructing ports, railways and roadways for different African Governments. African economies have already collapsed and China has taken control of major ports like Lekki Deep Sea port in Nigeria,    Port of Sudan, Mombasa Port in Kenya , Entebbe airport of Uganda  and many more.

Kenya, Uganda and Zambia’s story repeats itself across Africa, Asia and Latin America. According to the Financial Times, China has provided heavy loans to governments and state-owned firms in Africa   to secure commodity supplies and fund its global network of infrastructure projects. 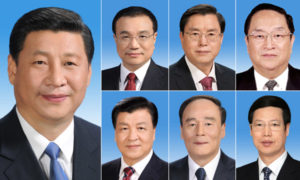 The team that intends to rule the world

The Dragon debt trap may enhance further in the future to trap countries like Nepal, Afghanistan  and Maldives in South Asia. All these countries are in heavy Chinese debt and cozying up to the Dragon. India’s real concern is growing Chinese presence amongst   its neighbours. Economic instability in the SAARC nations doesn’t augur well for developing nation   like India.

Post Ukraine conflict, having isolated from the world trade by Western sanctions, Russia may look increasingly towards China to help them out.   Overdependence of Russia upon China will make Russia lose it’s strategic independence as a global power.   Economically weak Russia, crippled by sanctions will slowly be sucked into same debt trap as developing countries, albeit from a different route. Moscow, that is more beholden to Beijing, would be more problematic for India, in case, Sino-Indian   border conflict flares up again.  That will bring the biggest fears of India come true.

The reality is that majority of   smaller nations are increasingly getting lured by Chinese loans for infrastructure development. Faced with no other viable alternative, they are getting trapped into the Dragaon’s debt trap. Like a Marwari money lender, they are consequently faced with economic crisis and surrender of assets like seaports, mines and airfields. Subsequently, their sovereignty is also governed from Beijing.

India, one of the foremost critics of the BRI, can now take some lead in shaping the global discourse on the Chinese model of connectivity and development cooperation. With its Western allies, now India can hope to shape an alternative to Chinese predatory practices and push back against Beijing’s economic agenda. The QUAD can play an active role in reversing the spread of this menace.

Pakistan, Sri Lanka and Maldives in its neighbourhood, almost falling into the ‘Dragon Debt Trap’ is not a good  sign for India. It’s time for us to act fast and cease the opportunity and  protect our strategic backyard from China’s misadventures, before Nepal and Bangla Desh also fall into it. It is only imperative for India to love thy neighbour and help/ assist these countries during their crisis while also securing its own strategic and economic interests. But India also has it’s financial constraints. The current narrative by the Indian Prime Minister Narendra Modi of self sustainability (Atmanirbhar Bharat)  is the right approach for any country, who wants to safeguard its sovereignty, in future.

China is emerging as the Neo-Colonizer of the 21st Century. India has flagged the lurking threat, it’s now up-to the world to take note of it and stand united against it.