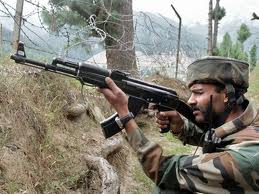 The chief minister of Jammu and Kashmir, Omar Abdullah, during the discussion on the motion of thanks to the Governor for his address to the joint session of the two houses of the state legislature on February, 17, was outright in his rejection of allegations that peace in Jammu and Kashmir (J&K) was ‘deceptive’ as it had been achieved by ‘force’. He gave full credit to the people for defeating conspiracies “hatched to disturb the law and order situation in the state.” He was stinging in his response to detractors of the peace process in the state; “they want to carry the false propaganda as if the government has filled jails and pressurised the people to remain peaceful,” he said.

The chief minister also complimented the security forces for the significant improvement in the security situation. He said that due to exercise of utmost restraint, human rights violations had come down to almost zero. He was emphatic in his belief that it is because of the synergy between the people, their government and their security forces that peace is gradually returning in J&K

Many of his antagonists feel that by complimenting the army and other security forces for their exemplary professionalism in combating terrorism as well as displaying commendable concern for the people, the chief minister was trying to blow the trumpet of his own ‘lame-duck’ government. While making the statement the chief minister was well aware that it would be rejected by such indignant opposition. He, therefore, wisely chose to qualify his assertions with statistics. He said that, “militancy has declined by 71 percent in the last five years” and “no collateral damage has occurred in the anti-terrorist operations by security forces.” Even if this statement was made (as his detractors would like to believe), for motivated reasons, the chief minister was well within his right to showcase the ‘good governance’ of his coalition government. With the statistics on the table none can challenge the veracity of his claims!

Kashmir watchers will agree that there was no let-up in the attempts made by terrorists to infiltrate into J&K from across the line of control (LOC) in 2013. On the contrary, in the aftermath of Afzal Guru’s hanging, leaders of Lashkar-e-Toiba, Jaish-e- Mohammed, Al Badr Mujahideen, Jamiat-ul-Mujahideen and the Harkat-ul-Mujahideen held a meeting at the National Press Club in Islamabad and publically vowed to take ‘revenge’ for Guru’s execution and step-up ‘Jihad in Kashmir’.

That these were not mere threats was proved by the spurt in attempts to push terrorists into J&K all through 2013. The army foiled as many as 277 such infiltration attempts. This was no easy task since, in addition to the existing advantages of rugged and thickly forested terrain available to the terrorists Pakistani posts on the LoC actively facilitated the infiltration attempts by resorting to heavy firing on Indian troops. The unusually large number of ceasefire violations all through 2013 were mainly for facilitation of infiltration attempts. It goes to the credit of the Indian army that despite these serious challenges, it maintained a continuous vigil along the LoC. With its strong anti- infiltration ‘grid’ in place, the army successfully restricted infiltration of terrorists, thus defeating their nefarious plan to wreak large scale havoc in J&K.

What is of significance is that despite an unusually cold winter the army has been successful in its winter strategy to counter terrorism. While the troops deployed on the LoC did a commendable job in effectively checking infiltration all thorough the period of intense cold, fog and difficult conditions, the troops in the hinterland too performed exceedingly well by adopting a ‘proactive’ strategy of striking at the terrorists before they could carry out their attacks. The reduced terrorist attacks this winter, clearly indicate the success of this strategy. The army has not let down its guard and in the first one and a half months of 2014 alone, it has killed 10 terrorists and apprehended 16.

While the credit for achieving such phenomenal success goes to the synergy between the army, paramilitary forces and the Police, the same would not have been possible without the cooperation of locals who are totally disillusioned with the so-called “Jihadis”. The main reasons for this attitudinal change is perhaps the army’s current policy of conducting operations with ‘surgical’ precision based on accurate intelligence to avoid any collateral damage, its compassion towards the people and exercising restraint even in extremely provocative situations.

These changed dynamics have resulted in a relatively peaceful winter and a dramatic increase in tourists footfalls this winter. The three day international Heli-ski competition held on the breathtaking slopes of Gulmarg from February, 21 to 23, is a befitting encore to the success achieved in ushering complete normalcy during the winter months. This extravaganza, the first of its kind in the valley, witnessed participation by as many as 250 skiers from across the world. Nothing more needs to be said to prove the words spoken by the chief minister in the joint session of the state Legislative Assembly.

The terrorists are on the run with their cadre strength depleted and leadership in disarray. The security forces are continuing their relentless operations to degrade the terrorist Tanzeems. The terrorists are now in self preservation mode, trying desperately to conserve some strength for the forthcoming “summer of reckoning.” That the evil proponents of the proxy war are dreaming of a big bang is quite evident from the reports of resurfacing of Maulana Masood Azhar, the most rabid anti-India, anti-Kashmir leader of the banned Jaish-e-Muhammad who has, for the last many years, been kept confined to the compound of his safe house in Bhawalpur, Pakistan. His reactivation indicates that the terror masters are not happy with their fast depleting presence in J&K and are not shy of using even an internationally wanted criminal like the Maulana to give an impetus to their evil cause.

The security forces deployed in the state are equally determined to reduce terrorist capability to a mere whimper. So, what will dominate the summer of 2014, the bullet or the ballot? It would be safe to place a bet on the ballot, Masood Azhar and his gang notwithstanding!