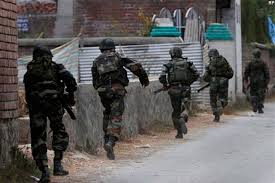 The state of Jammu and Kashmir is all set to have a cold but active winter; the political and security spectrum will witness some testing times as the state gears up for both Parliamentary and state assembly elections scheduled for next year. At the same time, the determination of inimical forces to derail the election process will pose exceptional pressure on the difficult security situation in the state. There will be desperate demands for terrorist reinforcement emanating from the valley; the terror masters will pressurize the Pakistan Army to facilitate infiltration and the cycle will go on. During election periods terrorists and other divisive forces come under pressure from their masters across to dissuade the people from casting their votes and to disrupt the electoral process. A similar agenda is likely to be set for the forthcoming elections also. The difference is that this time it will be a do or die battle since the malevolent forces operating in the state are facing acute credibility problems.

It is well known that the term of the present Lok Sabha finishes on May, 31, 2014 and general election will have to be held in or before the month of May. The results of the general election will have a bearing on the state assembly elections of Jammu and Kashmir that have to be held in or before December, 2014. In view of the extreme cold conditions in December and in order to ensure maximum participation the assembly elections may be held earlier, possibly clubbed with the parliamentary elections.

The political leadership of the state is already in election mode. Syed Geelani has started making his customary calls for a poll boycott. Of course nothing of this sort is going to happen but it is a clear indicator that the election bugle has been blown. Further impetus to the process has been provided by the BJP ‘Lalkaar Rally’ in Jammu addressed by prime ministerial candidate Narendra Modi. The air is rife with speculation of alliances and break ups. Political parties of Jammu and Kashmir have pulled all stops to ensure victory in what is predicted to be a very closely contested election.

It is commonly believed that advent of winter leads to a let-down in the infiltration of terrorists from across the border due to snow bound conditions. This belief is unfounded because the enemy makes determined infiltration attempts all through the year. Even in snowbound conditions in the Kashmir valley infiltration attempts do not cease in totality, only the frequency gets reduced a bit. At the same time, the enemy’s effort is to send in larger groups with more preparation. In the last couple of years many counter infiltration operations lasting over several weeks have been launched in remote areas of Kupwara and Gurez during peak winter conditions.

Winter is also the time when the area south of the Pir Panjal mountain range witnesses a substantial increase in infiltration activity. The area, of course, does not see any respite from infiltration and ceasefire violations throughout the year but the winter months are particularly critical and difficult. The lower hills of Mendhar, Kalakote and Surankote etc. experience extreme cold conditions but no snowfall. Thick forestation, flowing streams and foggy conditions provide perfect conditions for infiltration. Gaps in the line of control fence that are imperative due to terrain conditions are taken advantage of; the perfect scenario for the infiltrators is to go from the launch pad to the reception area in a single night and from there use the various passes in the Pir Panjal range to get to the Kashmir valley.

There are reports in the media of 300 to 400 terrorists ready and waiting along the line of control to cross over. The reports give an incorrect impression. The fact is that the number of trained and indoctrinated terrorists available in Pakistan for infiltration into India runs in thousands. There are innumerable camps in Pakistan where training is being carried out. The facility of the Lashkar-e-Toiba at Muridka in Lahore created exclusively for training of terrorists for Jammu and Kashmir continues to flourish. With Mullah Fazlullah declared the chief of the Pakistan Taliban, terror activity directed towards Kashmir is sure to get a tremendous boost. Terrorists are brought forward in small lots and located in temporary camps near to the posts of Pakistan army and Rangers on the line of control. They are infiltrated at an opportune time under covering fire and guidance from the army persons The camps are shifted regularly to avoid detection by satellite imagery and to hide this nefarious activity from international scrutiny.

The change in leadership in Pakistan followed by the change in the military hierarchy is unlikely to bring about any shift in the policy towards India. The Urdu press of Pakistan is dominated with vitriolic anti-India speeches by internationally wanted criminals like Hafiz Saeed and Syed Salahuddin who are also controllers of the terror activities directed towards India through Kashmir. In a recent interview to CNS Syed Salahuddin categorically stated that militancy (Terrorism) in Jammu and Kashmir has not come to an end and that Mujahedeen are active in Tral, Machil, Tangdhar, Poonch and other areas. He added that scores of youth from Jammu sector have joined ranks of the terrorists. Syed Salauddin also castigated the separatists for their initiative to engage New Delhi in talks. It is such people who call the shots in concert with the Pakistan Army and the Inter Service Intelligence (ISI) so far as the evil Kashmir policy of Pakistan is concerned.

With all preparation and parameters in place the terror masters are likely to make a huge effort to fructify their malevolent agenda of disrupting peace and more so elections in Jammu and Kashmir. It is this situation that needs to be absolutely understood and all efforts need to be directed towards containing the same.