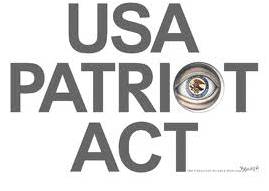 With the advent of terrorism many nations, including developed countries, have modified their laws and made them more stringent to meet this menace. Sweeping powers, which would not stand scrutiny of modern human rights principles, have been given to the Police, Homeland Security and other security forces since they are considered to be the need of the hour. Such legislation have been challenged by various rights organisations and citizen forums on grounds that they impinge upon individual freedom and give the state extraordinary powers to the State to “sneak and peek” into the private lives of citizens. Yet, governments have not relented since the emerging internal security environment makes dictates the need for such enabling legislations.

In the year 2001, post the 26/11 terror attack, the US immediately formulated and passed the, “Uniting (and) Strengthening America (by) Providing Appropriate Tools Required (to) Intercept (and) Obstruct Terrorism Act of 2001” commonly known as the PATRIOT Act. The Act as made a number of changes to US law. Key acts changed are the Foreign Intelligence Surveillance Act of 1978 , the Electronic Communications Privacy Act of 1986 , the Money Laundering Control Act of 1986 and Bank Secrecy Act, as well as the Immigration and Nationality Act.

The Act gives sweeping powers to the security establishment be it the Armed Forces of the country, the Homeland security or the Police. These include confiscation of property subject to the jurisdiction of the United States, authority to intercept all types of communication wire, electronic and oral and authority to delay execution of a warrant amongst others. In other words, even if the State gets an inkling of a person being involved in terrorism it can act against the person without recourse to the normal process of law as applied in a developed free society. The law has been soberly criticized for such provisions like indefinite detentions; searches without the owner’s or the occupant’s permission or knowledge; search telephone, e-mail, and financial records without a court order, and the expanded access to business records, including library and financial records.

The United Kingdom has also made significant changes in its laws. Despite having passed permanent counter-terrorism legislation only a year earlier, in the shape of the Terrorism Act 2000, the British government’s response to the September 11, 2001 attacks was to rush through emergency legislation to increase powers to deal with individuals suspected of planning or assisting terrorist attacks within the UK. Immediately after the attack the British Parliament passed the “Anti-terrorism, Crime and Security Act 2001” whose key feature was that resident foreigners suspected of terrorism could be interned without trial, if they could not be deported to another country without breaching British human rights legislation. Several individuals were interned, mainly in Belmarsh prison, under these powers; they were free to leave, but only if they left the country, which some did. This Act was contested by a Law of Lords ruling of December, 16, 2004 which contended that imprisonment under this act was unlawful. The British parliament responded by enacting the “Prevention of Terrorism Act 2005”. The Act allowed the Home Secretary to impose “control orders” on people who are suspected of involvement in terrorism, which in some cases may derogate (opt out) from human rights laws. The Bill was “ping-ponged” between both houses in what has since been termed as a constitutional crisis. It was passed in the House of Commons, despite a substantial rebellion by some Members of Parliament. It was sent back by the House of Lords with several amendments which were, in turn, rejected by the House of Commons.

The new laws passed by the Pakistan government give unprecedented sweeping powers to its Armed Forces operating on the western borders of the country, vide the June 2011 enacted ‘Actions (in Aid of Civil Power) Regulation, 2011 for FATA’. By virtue of this regulation, Pakistani soldiers have the power to detain any person for as long as120 days; power to imprison any person in tribal areas indefinitely. Conduct a trial by military courts awarding death or life imprisonment to any one accused of terrorism or collaborating with terrorists. To cap it all, the testimony of any military officer would be deemed sufficient to prove a person’s guilt. The last word is that anybody who speaks or is deemed to be going against the Pakistan Army can be killed without recourse to a judicial trial and no questions will be asked.

Despite being a victim of a gross form of foreign sponsored terrorism India has refrained from passing such restrictive laws. The special powers that are given to the armed forces in special circumstances to deal with internal security are mostly akin to those enjoyed by the Police under the Code of Criminal Procedure and other such legislations. In fact, India has done away with such laws like the Prevention of Terrorism Act (POTA) and terrorism and Disruptive Activities Act (TADA) on the premise that they go against the fundamental rights as enshrined in the Indian Constitution.

The aforementioned examples have been given to register a point that enactment and maintenance of stringent security Laws is not easy for any country. Yet, most countries are going ahead and enacting these since it is the need of the hour. India is facing very critical challenges with respect to its internal security, more than others it is in need for enabling legislations, yet, its well enshrined democratic credentials are coming in the way of the government in taking hard decisions. This aspect needs to be addressed with utmost seriousness since a soft approach gives leverage to inimical forces to take advantage.