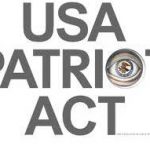 Brigadier (Retired) Manjit Singh With the advent of terrorism many nations, including developed countries, have modified their laws and made them more stringent to meet this menace. Sweeping powers, which would not stand scrutiny of modern human rights principles, have been given to the Police, Homeland Security and other security forces since they are considered to be the … END_OF_DOCUMENT_TOKEN_TO_BE_REPLACED