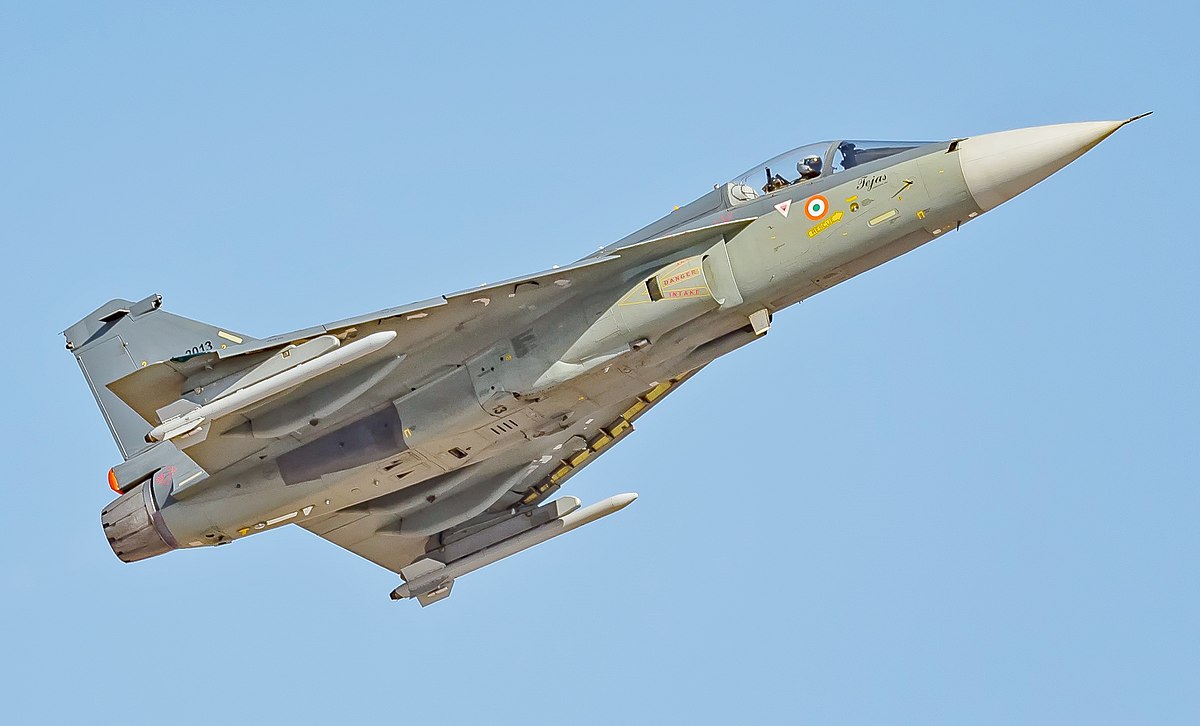 On   04  February,  2001,   the first  prototype  of  the indigenous Light Combat Aircraft (LCA)  took off from Yalahanka  Airbase  for its maiden flight  and returned  safely  in the presence of then Prime Minister of India, Shri Atal  Bihari Vajpayee. The prime minister named the fighter aircraft “Tejas” which means radiance in Sanskrit.  He termed it as an important milestone for self reliance in defence preparedness.  Tejas has now has been approved for operational deployment in the Western sector. The first Tejas Squadron (Sqn) is ready for deployment.

Deployment of Tejas marks the realisation of over a 40 years old Indian dream of acquiring an indigenous combat aircraft; the project having been conceived in 1980s.  Initial Operational Clearance (IOC) was accorded on 20 December, 2013, after a yawning gap of 13 years from the first flight; the serial production for 16 single seat and four twin seat trainer configuration aircraft commenced in 2015. IOC-2 was accorded on 17 January, 2015 thus paving the way for raising of an operational Sqn.  Accordingly,  45 Sqn,  also known  as Flying  Daggers was raised in  1 July, 2016 at  Sulur  Airbase in  Tamil Nadu  and it had the honour of becoming  the first Tejas equipped Combat Sqn. The Sqn participated in Exercise Gagan Shakti – 2018 and Vayushakti – 2019 with the newly acquired Tejas aircrafts and fired live missiles and laser guided bombs. It earned a lot of praise from then Chief of Air Staff, Air Chief Marshal B S Dhanoa. Tejas has undergone about 3000 plus test/operational flights  and has been continuously flogged for 500 hours  in a two front war scenario during  Exercise Vayu Shakti in 2019.

20 February, 2019, was a red letter day for Tejas  project as long due  Final Operational  Clearance Certification was accorded by Chief of Centre for Air Worthiness and Certification ( CEMILAC) to Chief of Air Staff in the presence of  Defence Secretary, DRDO Head and HAL Chairman. The Sqn is now totally battle worthy and will shortly move to a new abode in the Thar Desert area to safeguard the western frontiers of the Nation.

The Tejas was conceptualised with key modern design concepts and state-of-the-art  technologies such as Digital Fly by Fire (FBW) flight control system, relaxed static stability, a most advanced glass cockpit incorporating multi function head on display  which provides large amount of information  and all round clear view to the pilot. The airframe is made of advanced composite carbon polymer and titanium alloys which make the aircraft strong but light in weight, while enhancing performance and manoeuvrability.

The LCA is powered by a single GE- 404 IN 20 Full Authority Digital Engine Control (FADEC) automated power pack, capable of producing 57 kN thrust which enables the aircraft to achieve steep and high rate of climb and short radius of turn to beat enemy aircraft in aerial combat. It can outmanoeuvre the Chinese  J 10, J 11 and JF 17 series .

The special features of Tejas are composite Delta Wing configuration, open system architecture state of art avionics, computerised based control and monitoring system, Electronic Warfare suite and tropicalised environment control system. This makes it a versatile aircraft capable of desert as well as High altitude flying without a drop in performance.

Tejas will be a replacement for the ageing IAF fleet of MIG 21 (Bison), MIG   23 and 27 Fighter aircrafts which have already been declared obsolete in 2018/2019. For the Indian Navy, it is already undergoing sea bed deck trials as a replacement for MIG 29 K.  LCA  Mk 1  IN variant  has successfully  landed  and taken off from  INS  Vikramaditya  with arrester  hook/catapult . As the aircraft has been conceptualised   and designed in India, designers can continuously adapt and upgrade it to meet the challenges of modern warfare. The small size, composite superstructure, difficult to detect footprints, will   enable frontline forward units to deploy it for combat missions at lightning speed.

The IAF, which has ordered initially 40 Tejas of IOC/FOC variants has already received 33 aircrafts with the balance being delivered by 2020 year end. IAF  has  already  approved  order for additional  83  TEJAS Mk I  FOC and  IA variants .The 39000  crores deal  with HAL is awaiting   cabinet committee for security financial sanction.

HAL Bangalore is gearing up by installing another production line to increase capacity to 18 to 20 aircrafts per year. HAL Ojhar, Nasik plant, which is currently producing/upgrading SU 30 MK I and MIG 29 aircrafts under License is also likely to install additional production line for different variants of Tejas.  Malaysia, Vietnam and UAE have expressed willingness to buy Tejas from India.

IAF has re-raised another Tejas Combat Sqn (18 Sqn) on 27, May, 2020 , nick named  Flying Bullets. Flying Officer Nirmaljit Singh Sekhon, PVC (Posthumous) belongs to the same Sqn.  Flying Bullets is currently based in Sulur Air Base and has already received the first lot of  Mk 1 FOC  Variant and  Mk 1 Trainers  to undergo conversion  to Tejas aircrafts.   IAF wants minimum 12 Combat Sqns of Tejas till 2024.