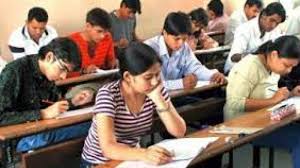 The unprecedented involvement of teenagers as spearheads of the recent three month long unrest in Kashmir has highlighted the need to give special attention to their upbringing. This is a normal parental and family responsibility that is posing a unique challenge worldwide. In Kashmir it attains a different dimension in view of the foreign sponsored cult of violence and engineering of political instability that the region is witnessing and which has an adverse effect on young minds. The environment is such that youngsters tend to get misled.

Whenever the valley erupts, young teenagers are in the centre stage of stone pelting activity. This was seen in the riots of 2008 to 2010 and it has been witnessed in the current unrest yet again. It is quite obvious that the previous set of boys has moved on and the latest crop of teenagers has taken their place; the previous lot would not be interested because now they would be on the threshold of building their careers.

It can be safely surmised that the agitation and its expression is not based on a firm ideological commitment. Had it been so, the cadre would not have changed so fast; the system that emerges points towards exploitation of the emotions of a vulnerable segment of society for political gains by some dishonorable elements with vested interests.

What is happening in Kashmir is outright indoctrination of young impressionable minds. Thus, giving an aura of ideology to any unrest engineered in the Kashmir Valley does not stand the test of logic.

Adolescents across the world have growing up blues!! There are issue like self confidence and self esteem, insecurity, girl-boy relations to deal with. Teenagers get easily swayed; their mood swings range from euphoria to utter dejection. They also have a herd mentality and get attracted to revolutionary ideas. Changing the world is very high on their agenda.

The inimical forces operating in Kashmir have developed a winning model of exploiting such vulnerabilities of teenagers and guiding them on to a wholly destructive path of so-called revolution – a Jihad (Holy war) for attaining Azaadi (freedom).

Television and the internet are being cleverly manipulated by the divisive forces to generate among the young boys and girls a feeling of alienation. Their contribution to the indoctrination, inadvertent or specific, cannot be ignored.

The indoctrinated young boys get sucked into the so-called “Jihad” without knowing what it entails. The more their family stops them from following such a self-destructive path, the more they become adamant, belligerent and rigid. They simply refuse to listen to a sane and logical counter arguments.

The Jammu and Kashmir State Board examination for class 12 students commenced on March, 14; amid negative media speculation about the outcome that this courageous move taken by the government the students have responded with a massive 94.53 percent attendance.

The unprecedented response has taken the wind out of the sails of the separatist and divisive narrative that has been projecting alienation of the young school going boys and girls as the reason behind the unrest and strife that enveloped the valley for more than three months.

It has now emerged that the young community of students is more interested in pursuing their education and not in pelting stones in spite of all the indoctrination.

Yet again the divisive forces have failed to pogramme the youth of the Valley to the extent that they had envisaged. When it came to a choice between studies and disturbance they have chosen the latter undeniably. The need now is to develop methodologies to ensure that such a situation does not come to pass ever again.

This is easier said than done since an integrative approach towards development of children is missing in Kashmir.

The teachers there, especially so in government schools, do not relate with or assist the parents in monitoring the upbringing and development of their students. Any academician would be shocked to know that the concept of parent-teacher meeting, so common in India, not to talk of the world, is almost non-existent in the government run schools in Jammu and Kashmir, especially so, in the Kashmir Valley.

With such basics not in place, one cannot even talk about more integrative aspects like cluster meets, cultural exchanges, sports debates etc.

It is not right for the people to look at the government for solace all the time! The government can only provide infrastructure to impart education and assist in the development of the younger generations? Responsibility for upbringing and giving values to the children rests solely with the parents and the family.

“I think our challenge in Kashmir today is to connect to the youngsters who are below 18,” says Waheed Ur Rehman Parra, the head of the youth wing of the People’s Democratic Party (PDP). A good, noble statement, only, it does not clearly define as to who exactly is to face the challenge and connect with the children!

Kashmir has always been in the forefront of development and civilisation; the region has produced intellectuals and thinkers par excellence. This is because education and good upbringing has always held high priority in Kashmiri society. This aspiration of the people needs to be leveraged to get the turmoil under control.

The government needs to ride on the positivity that has been so courageously exhibited by the people by sending their wards for the class 12 examination despite the risk involved. It has to be ensured that quality education through regular classes is provided to the children.

However, it also needs to be understood unequivocally that caring for children and giving to them a proper value based upbringing along with education is the responsibility of the parents and the society at large. The job of the children is to study and they need to be motivated in that direction alone, not in playing politics.