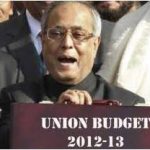 Defenceinfo Bureau Report The defence outlay in the recently announced Union budget for the fiscal year 2012-13 has been pegged at $ 39 Bn which is a considerable hike from the previous year’s dispensation. The outlay represents a 17.63% hike over last year’s budgetary allocation of Rs 1, 64, 415 crore. But if revised estimates of 2011-2012 are taken, it becomes a mere … END_OF_DOCUMENT_TOKEN_TO_BE_REPLACED