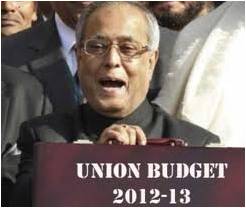 The defence outlay in the recently announced Union budget for the fiscal year 2012-13 has been pegged at $ 39 Bn which is a considerable hike from the previous year’s dispensation. The outlay represents a 17.63% hike over last year’s budgetary allocation of Rs 1, 64, 415 crore. But if revised estimates of 2011-2012 are taken, it becomes a mere 13.14% jump. It is only 1.9% of the GDP and will fall wholly short of the requirement projected by the forces to upscale their sluggish modernization plans in the wake of enhanced threats of Pakistan, China and both joined together. A matter of concern is that, for the same period, China has announced a defence budget bordering on $ 100 Bn. It is well known that Chinas defence spending is invariably far in excess to the amounts made public.

With massive requirements in the revenue expenditure segment pegged at almost Rs 1.3 crores not much is going to be available for acquisition of defence hardware. Capital expenses are targeted specifically to purchase weapons and other warlike hardware including special classified projects. Even though the Capital expenditure pegged at Rs 79,579 crore has registered a 20.3% hike from last year’s revised estimate of Rs 66,144 crore, the amount available will barely be able to keep modernization on track. A major chunk will go for already contracted weapon systems. A major portion of this outlay will be used to augment IAF and naval capabilities since their acquisition plans are already on track. The IAF will get Rs 23,701 crore for part payments of the heavy lift transporter, C-17, being imported from the US; the MI-17-V5 series of armed helicopters from Russia; and for the upgrade of 49 Mirage-2000 combat jets. Rs 13,617 crore has been set aside for under-construction Naval ships like the seaborne aircraft carrier at Kochi Shipyard, the stealth frigates being produced in Russia and submarines being produced at Mazagon Docks, Mumbai.

All of this does not spell good news for the Army which has, since long, been grappling with huge, unacceptable shortages in important hardware like artillery guns, air defence weapons, night-vision capabilities and aviation. Of particular significance for the Army is the acquisition of 145 M-777 ultra-light howitzers from the US for $647 million, its first-ever acquisition of 155mm guns since the infamous Bofors scandal. Not much is going to be available to see the “transformation’ process through. It is time for the Army to realign its priorities and pay maximum attention towards filling the yawning gaps in its operational efficiency.