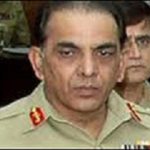 S Ranjan Come September and Pakistan gets into a frenzy of nationalism. The reason is the well nurtured belief that in this month the Pakistan Army defeated the Indian army in the war of 1965. The defence of Lahore against a much superior and larger Indian army on September, 06 1965, is celebrated as ‘Defence Day’. This charade has been going on for decades despite its … END_OF_DOCUMENT_TOKEN_TO_BE_REPLACED