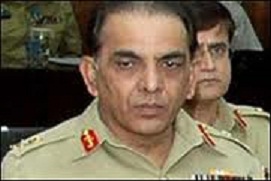 Come September and Pakistan gets into a frenzy of nationalism. The reason is the well nurtured belief that in this month the Pakistan Army defeated the Indian army in the war of 1965. The defence of Lahore against a much superior and larger Indian army on September, 06 1965, is celebrated as ‘Defence Day’. This charade has been going on for decades despite its inherent fallacies, mainly because the Pakistan army wants the Pakistani people to believe the same.

The Pakistan Army has systematically usurped power in the country in the name of security. To justify a strong army there was a need of an eternal enemy and India filled the slot rather admirably. Having created the necessary space for itself, the army systematically went about the business of usurping national resources. The process was strengthened post Indo-Pakistan war 1965. Later, the Soviet invasion of Afghanistan provided the then military dictator, President Zia-ul-Haq, a much needed reason to strengthen military hold over the nation and also to give sweeping powers to its intelligence organisation, the by now infamous Inter Services Intelligence (ISI).

The historical narrative in Pakistan has changed many colours but perception of India as an enemy has remained constant. The people of Pakistan were sold the concept of Jihad against India by the ISI and once again duped to usurp national resources. By the 1990’s the Pakistan army had become the biggest business group in the country, running everything from marriage palaces to sugar mills. The Corps Commander had, by then, become the strongest political coterie in Pakistan and all major decisions were made at their meetings.

Post the Soviet withdrawal from Afghanistan, the mujahedeen of the Jihad factories turned their focus towards Kashmir and since then India has not got respite from the Jihadi menace. Pakistan’s proclivity to export terror became known to the world post the 9/11 terrorist attack in the US. Yet, by a clever sleight of hand, the then military dictator President Pervez Musharraf managed to align with the US and NATO forces in Afghanistan for what came to be termed as the Global War against Terror (GWOT)

Now a time has come when, even after a narrow escape from being termed as a terror State, the mandarins of the Pakistani Army are refusing to shed their fundamentalist policies and the ISI is, most adeptly, using the policy of “running with the hares and hunting with the hounds” in GWOT. While showing solidarity with the US, NATO and Afghan forces it is providing covert support to the Taliban, especially the Haqqani section which is aligned against the Afghan government.

In order to cover up its fallacious policies the Pakistan Army first poisoned the minds of the people against the US and then convinced the latter that the people were opposing any action against Taliban. The offshoot of this flawed policy is a bitter internal conflict which is causing hundreds of deaths in incidents of violence across the beleaguered Nation. Pakistan Army’s running with hares and hunting with hound’s policy has created monsters in the Pakistani society and led the nation to the verge of collapse. After having created the problem the Army has washed its hands off it when the going has become too hot.

Today, the situation is that the Pakistan army is not even capable of fighting. It has utterly failed in defending even its own bases from terrorist attacks. Its success in Waziristan was a media gimmick and with the Tribal’s having regrouped in the region operations have been resumed in some of the agencies of NWFP. The Karachi situation is also a creation of the Army’s action against the Muttahida Qaumi Movement (MQM) which has a dominant position in the city and its surroundings. Now, the army is very reluctant in entering Karachi which has been burning for the last few months, it knows that its presence will complicate the situation further. Thus, due to flawed policies a secular organistaion has been converted into a violent political mafia.

It is not as if the US cannot understand the duplicity of the Pakistan Army. The reality is that Pakistan is fast losing credibility as a responsible state amongst the international comity of Nations due to the fallacious policies being followed by its army. It is only a question of time before the US will pull the rug from under Pakistan’s fragile posture and then utter chaos will prevail. The Indian government has always been very vocal about Pakistan not doing what it is promising on terrorism. In the last few months even the US has begun to question the hollow promises of Pakistan. The quintessential demand of US to Pakistan is ‘to do more’ against terror outfits. Very recently some of the leading scholars and journalists of Pakistan have challenged the policies of the Army. They have been subjected to all sorts of humiliation and threats which has quelled voices of sanity in the Nation.

The Pakistan Army has always projected itself as the defender of the faith , yet, the fact can no longer remain hidden that it has failed in every mission since 1947 be it political or military. Whether it was nation building, fighting wars, developing relation with neighbours or international relations, its success rate is unenviable. As a result it has brought the Nation on the brink of disaster. The story of Pakistan can be called as story of the failure of the Pakistan army.