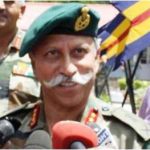 S Ranjan Army Commander Northern Command, Lt General K T Parnaik, in a recent press briefing, said, "due to decline in the violence parameters 2011 was a very fruitful year and we had a fair amount of peace in the State". No one can disagree with the army commander whose responsibility is to defend the State of Jammu and Kashmir from external aggression and more importantly … END_OF_DOCUMENT_TOKEN_TO_BE_REPLACED