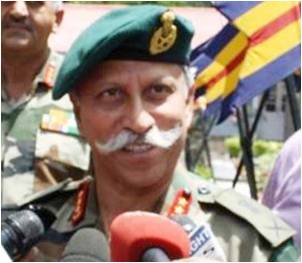 Army Commander Northern Command, Lt General K T Parnaik, in a recent press briefing, said, “due to decline in the violence parameters 2011 was a very fruitful year and we had a fair amount of peace in the State”. No one can disagree with the army commander whose responsibility is to defend the State of Jammu and Kashmir from external aggression and more importantly internal instability caused by terrorism sponsored from across the border.

Undoubtedly, the situation in Jammu and Kashmir (J&K) has shown a dramatic improvement from the period 2008 to 2010 when mass protests rocked the region and threatened the very cohesiveness of the state. However, the threats to the sensitive frontier region have not quelled to a degree which can be said to be normal. The State continues to witness attempts from across the border to boost terrorist activity and create internal dissent. A major reason behind the near normal state of affairs is that security forces have managed to thwart most of these attempts. It can be said that peace has prevailed but has not been achieved.

Despite many setbacks, enemies across the border are working very hard to make a breakthrough and reinstall the reign of fear and intimidation. Intelligence coming from across the line of control (LoC) clearly indicates that terror infrastructure is well intact and ready to launch. Sources have revealed that a new strategy of mass infiltration is being planned which envisages overrunning of the LoC in a manner similar to the one being employed by the Taliban in Waziristan. There are also reports in the media that a woman cadre of the LeT is being trained in Muzaffarabad in Pakistan Occupied Kashmir which will be pushed into this side of the border. While dwelling on the subject, Lt General Parnaik said, “we have not shared this report officially with the State Government and anyone else and it will require sometime to further corroborate”. This is just hint of the things to come in the next summer. Needless to say, India needs to be conscious of such developments and remain proactive in its response.

The terrorists masters across are revisiting and fine tuning their strategy to wrest the initiative from the Indian security forces. Things like involvement of female terrorists and mass infiltration will pose a fresh challenge to the security forces and will need to be countered with utmost sensitivity. This would require some modifications and new thinking in our operational procedures.

The Northern Army Commander further said, “as per our own sources, there are 2000 to 2500 terrorists in the training camps and around 300 in the launching pads, the importance is not about the numbers. It’s about the ability to infiltrate. Although snow has come in the upper reaches the Army continues to be as vigilant as before and our aim will be to prevent any infiltration attempt”. The statement holds a clear message of the concerns which the Army has with respect to the security situation in the future. The multi-tier anti-infiltration grid which is there on the border comprises of a border fence with troops ahead and behind. In addition to this, a counter terrorism grid in the interior is in place; this grid comprises of Army, JK Police, Paramilitary forces and all other security apparatus. The success achieved in counter terrorist operations is testimony to the effectiveness of these grids, but this system has already peaked and it may not be enough to counter to the revised strategy of the terrorists.

The Northern Army Commander went on to say, “we hope to eliminate remaining commanders of the terrorists this year to ensure that 2012 remains as peaceful as 2011. But for this, security forces and intelligence agencies have to maintain greater synergy so that challenges which the presence of militants at the launching pads and revival of women cadre of LeT pose will be dealt with effectively”. He was clearly referring to the need for proactive targeting of the routes of infiltration, better intelligence and coordinated joint operations as counters to the emerging threats.

This conducive environment, created after years of blood and toil, cannot be allowed to go by; now it is time to think about the next level in counter terrorism strategy which keeps in mind the thought process of the enemies and which counters their evil designs now on the drawing board. The new strategy will need to be subtle, smooth, yet ruthlessly effective. It will need to factor in concerns of the type listed above and international developments in the neighbourhood like the growing Chinese presence in the Gilgit-Baltistan region.

The time has come for the political leadership to develop the will to step up the pressure. It may pay dividends to discuss, if not implement, steps like minor altering of the LoC to gain tactical advantage and put the terrorists on the back foot. A proactive response may throw up the need to create public resistance in the Gilgit-Baltistan region against the Chinese. Dragon foot prints cannot and should not be allowed to grow in our strategic space. Such action will send a clear message that we mean business.

The nation must read the lips of the Army Commander, Northern Command. He has laid down a format for the future that does not rule out enhanced threat and new challenges; he has called for a joint politico-military, centre-state response to reach out to the next level before the enemy does so; he has called for a strategy which goes beyond chasing terrorists and touches a level where the country holds a dominating position to alter the game. How the political leadership at the centre and the state responds remains to be seen.