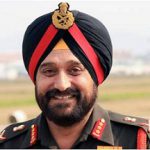 Defenceinfo Bureau Report The formal announcement for the next Chief of Army Staff of the Indian Army made on Saturday, March, 03, has put an end to all doubts about who would succeed the present Army Chief, General VK Singh, who recently lost his battle over the age issue in the Supreme Court. 59-year-old Lt General Bikram Singh, presently the Eastern Army Commander, will … END_OF_DOCUMENT_TOKEN_TO_BE_REPLACED