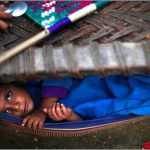 Simrit Kahlon During the fifth decade of the last century when numerous colonies in South and South-east Asia gained independence from their European rulers, the primary mandate for national governments was the provision of human security to its citizens. The idea of human security is more comprehensive than the more basic need of physical security. It encompasses economic … END_OF_DOCUMENT_TOKEN_TO_BE_REPLACED