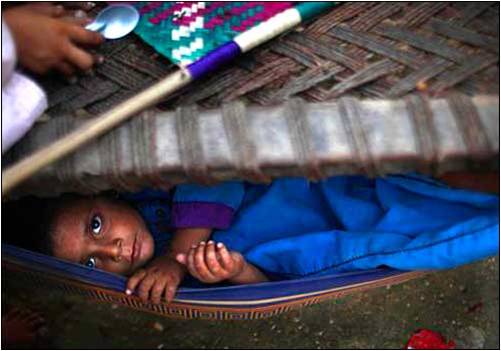 During the fifth decade of the last century when numerous colonies in South and South-east Asia gained independence from their European rulers, the primary mandate for national governments was the provision of human security to its citizens. The idea of human security is more comprehensive than the more basic need of physical security. It encompasses economic security, social security, food security and personal freedom, as has been enshrined in the fundamental rights of the Indian Constitution.

Admittedly, this was a tall order to achieve, yet the Indian Union with its well embedded democratic dispensation steadily moved in this direction.

On the other side of the line of control between India and Pakistan there lies the other Jammu and Kashmir which is falsely and ironically called “Azaad (Independent) Kashmir” by some vested interests, despite an international understanding that the same is under dispute between India and Pakistan. Since 1948, it has since been ruled through proxy by the Government of Pakistan, its lent officers and its secret agencies. Another erstwhile part of Jammu and Kashmir, now known as the Northern Areas and comprising of the beautiful Districts of Gilgit and Baltistan is completely under the control of the Government of Pakistan. This area swarms with soldiers of the Pakistani and Chinese armies who are the unquestionable masters of this domain. No civilian has the right to even protest against their presence much less question their activities and atrocities in person or through the media. There exist no independent human rights agencies, no independent media; the concept of freedom of expression is unheard of. The resources of this region are mercilessly looted, its benefits accrue to people who do not ethnically belong to this region while the ethnic population does not even have the right to protest; in case they do so they are simply killed in cold blood and not an eyebrow is raised.

The locals of this region virtually dwell in the stone age bereft of economic development and basic human rights. In case they are looking for a government job, they have to pledge to eschew all political activity that may be inimical to the interests of the State of Pakistan. In plain words livelihood is available to them only in exchange for their freedom of expression and their right to protest. This region has also been subjected to ethnic cleansing when the Shia Muslim population who comprised the ethnic stock was mercilessly killed by then Brigadier Pervez Musharraf and forces under his command. This action of his earned him the sobriquet of Butcher of Baltistan. This then is the story of the so called “Azaad” state of Jammu and Kashmir.

The story of the so called “under Indian occupation” Jammu and Kashmir is on the other hand very different. Despite hostile terrain and a strategically disadvantageous location, this region has exhibited development feat after development feat. It offers not just state sponsored employment but a thriving tourism industry revived virtually from the dead. The population is free to practice and observe their regional social without any curbs whatsoever. The basic infrastructure in the form of transport (road, rail and air), education and health facilities is enviable. Being part of the strong and vibrant Indian the state is well protected against any untoward and sudden event of a cataclysmic nature such as the earthquake that rocked the region not too long ago, above all it is ensured in terms of defence against aggressive designs.

Having established beyond doubt the relatively independent situation of Indian Kashmir vis-à-vis the so called Azaad Kashmir, it is necessary to acknowledge and understand the role of the Indian Armed Forces in ensuring this situation of human security in the region. Were it not for the untiring efforts of the Armed Forces who toiled selflessly to bring the state back from the brink of political and strategic disaster and ensured a peaceful environment free of violent terrorist disruptions the stage for economic and

social development would never have been set. The sight of the Armed Forces in this region is an assurance of a smooth and safe conduct of every operation be it the provision of disaster relief after the earthquake, clearing the snow off the Bannihal tunnel or the conduct of the annual AmarnathYatra. It is no wonder that there is no visible and widespread popular support for reducing the role of the armed forces in this region.

It is quite unfortunate that these forces are routinely vilified, maligned and falsely implicated for atrocities on the civilian population. They are being damned for having successfully controlled terrorist activities in this region. Motivated media touts this as being the procedure by which the Kashmiri’s are denied their right to self-determination. Political groups, with narrow vested interests, need to take count of this fact that human security in the region is, in no small measure, being ensured by the presence of the Armed Forces and the fruits of progress and development that the people are enjoying are because of the hard work and sacrifices of these soldiers.