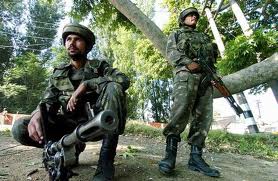 Whenever a soldier of the Indian Armed Forces proceeds on leave after a strenuous tenure and separation of many months from his family, he carries with him a small bag. In the bag there are gifts for his family, a pressure cooker for his wife who is finding it difficult to cook food for the entire family in open containers, household items like toothpaste, soap etc, token gifts for his old father and mother and other small knick knacks for other members of his family. Whenever the leave of a soldier is sanctioned he rushes to his Unit Run Canteen (URC) which provides for him these items at slightly discounted rate as compared to the local market. This apart, the soldier is dependent upon the URC for his day to day requirements, in both peace and field stations and especially so in remote, inaccessible or insurgency prone areas. This facility precludes the need for him to visit local markets for meeting day to day requirements and thus helps him focus on his very arduous responsibilities.

URC is a regimental institution established and maintained through regimental funds for the convenience of regimental personnel. It purchases it goods from the Canteen Stores Department (CSD) which functions under the Union Ministry of Defence. The CSD is controlled by the Board of Control Canteen Services (BOCCS) which is chaired by the Rajya Raksha Mantri. This system is the legacy of the British and was initiated by the British government as a facility for soldiers who stay away from their families and civilization for long periods of time. Apart from the convenience of easy access to basic necessities this facility helped in building the stature of the soldier in his family by giving a feeling that the government provides for him in a special manner and is sensitive to his needs. Even though the discount was financially miniscule it had a great positive psychological impact. The British never went wrong in such matters and they visualized a definite benefit in creation of URC’s.

Recently a performance audit of URC’s, distribution of Canteen Trade Surplus (CTS) and Quantitative Discount (QD) has been carried out by the Comptroller and Auditor General (CAG). The CAG report has observed that despite assistance through the CSD from the Consolidated Fund of India (CFI) the URC’s do not come under the parliamentary financial oversight and also stay outside the audit jurisdiction of the CAG. The CAG also feels that the QD that is periodically disbursed to the URC’s should, in fact, go to the CFI. On the basis of these observations the CAG has recommended that the URC’s be recognized as retail outlets integral to CSD with accounting under the purview of the CAG and QD be recognized as a public fund. In other words CAG wishes to change the status of the URC’s from a private regimental venture into a government undertaking.

Notwithstanding the negative psychological impact that a move of this nature will have on the personnel of the Armed Forces, the report made by CAG comes across as one full of loopholes. CAG has not taken into consideration that fact that URC’s are financed and maintained through Non Public Funds, they do not use official transport, sales are made in accordance with strictly laid down retail prices and proper book transactions of business conducted is maintained. The facility is being manned by non government employees who are locally recruited in accordance with rules laid down by the respective services . Further, URC’s purchase articles from CSD on cash payment which clearly establishes that they are not funded by CSD and that their relationship is one of buyer and seller. Though regimental funds are private ventures they are regularly audited by chartered accountants/board of officers as authorised by the rules and regulations of the three services.

Regarding Grants in Aid, it is factually evident that CSD gets a certain percentage of profit when it sells goods to URC’s which helps it to meet its administrative expenses. The surplus is then given by percentage to the CFI and as QD to the URC’s. Hence there is no funding of URC from CFI, instead, the reverse is true. This QD is used for the welfare of troops, their families and ex-servicemen. It goes towards providing scholarships to meritorious children, medical aid to the needy, grants to service run schools and hospitals, grants to war widows, support to medical inspection rooms, welfare of veterans and a host of other activities that give a sense of belonging to the soldier and greatly add up to his security threshold.

It is best for a Nation to allow its traditional systems to function since they have a wealth of experience and sensitivity supporting them. In this case it seems that the CAG report has been compiled without taking the historical and traditional perspective into consideration. Even the financial argument presented in the report seems to be motivated by the intention of taking this facility under its jurisdiction; a reassessment of this report would be in order.

On the personal note, even if rules call for a change in status of the URC’s the government should rise above rules and look towards maintaining an age old tradition which is very close to the hearts of its soldiers both in uniform and out of it. Nothing except cynicism and bad blood will flow out of any attempt to change the status quo. The nation has to think beyond accounts when it comes to emotive issues, especially so, while dealing with its defence forces who do not come out on the streets to get what they feel is their right.