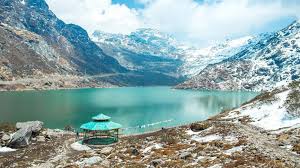 Sikkim, the beautiful 22nd State of Indian Union in the lap of mighty Himalayas, garnered headlines of World media on 9, May, 2020 , when  Indian Army troops clashed with a Patrol of the Chinese People’s Liberation Army (PLA) at the Naku La post in the Northern District of the state near Dongkung village, at the dizzying height of  16500 feet. The location is not very far from the Eastern Tri-junction between India, Chinese Occupied Tibet (COT) and Nepal.

A Chinese patrol was challenged by alert sentries of the Indian Army as it approached the pass.  Troops from both sides, numbering approximately 120 on each side, got into an argument with gestures since they could not understand each other’s language and showed banners, as is the norm under such a situation on the Line of Actual Control (LAC) with China. Matters got heated up and a fist fight started in which seven Chinese and four Indian soldiers were reported injured. Peace prevailed after discussion at the local commander’s level the next day after which the Chinese troops returned to base.

However, alarm bells rang in New Delhi since this region has remained peaceful since the famous Nathu La clash in September, 1967 in East Sikkim. In the 1967 clash, the Chinese were given a befitting reply for their transgressions by 2 Grenadiers with full support coming from Major General Sagat Singh who was commanding the holding Division at that time.

Notably, even in May 2017, after almost 50 years of the Nathu La clash, there was another 73 days standoff in adjoining Dok La or Doklam Plateau where also exists a Tri-junction between India, COT and Bhutan. After some tension and bad blood the PLA retreated. Today, the focus is on Ladakh but we should also remain on high alert in Sikkim and Arunachal Pradesh.

The beautiful erstwhile Kingdom was founded by the Namgyal Dynasty. Later, it was ruled by Buddhist priest Kings known as  Chogyal.  It faced number of invasions. Bhutan forces attacked Sikkim in 1700, but the monarchy was saved by Tibet. From 1717 to 1733, it was attacked and occupied by Nepal.  Sikkim was annexed by Imperial lndia in 1890 and ultimately it became a Protectorate of independent India on 1, November, 1950, around the same time when the Red Army overran Tibet.  It was, thus, saved from suppression by Red China.

Sikkim -COT border is seen to be settled on the basis of the historical Sikkim-Tibet convention of 1890. The treaty was based on the Principle of Watershed. Article-1 of the record stated that the frontiers between Sikkim and Tibet will be based on the crest of the mountain range separated by water flowing down to Teesta River and its tributaries in the South and Tibet Monchu Rivers in the North till it met the Nepal border. The Gazetteer of Sikkim, 1894 described Sikkim-Tibet border as running along Chorten La to  Batang La in the East till  the present day Tri-junction. All maps and records clearly identify watershed as the border. There exists no ambiguity.

Sikkim then got embroiled in an anti-Royalist agitation that continued till 1975. Ultimately the monarchy was deposed and a referendum conducted. 95.5 percent voted in favour of amalgamation with India. Thus, on 16, May 1975, Sikkim became the 22nd state of the Indian Union.

On 2003, in the course of an important summit between then Chinese Premier Wen Jiabo and Indian Prime Minister Atal Bihari Vajpayee, Beijing recognised Sikkim as integral part of India and accepted the watershed as principle of boundary demarcation in COT-Sikkim Frontier. As a goodwill gesture, China opened Nathu La pass on 6, July, 2006 for cross-border trade and the Mansarovar pilgrimage. This pass had remained closed since 1967.

Sikkim holds great strategic importance for India. It is the gateway to the narrow Siliguri corridor, a narrow strip of land located in West Bengal, approximately 180 kms long and 22 km wide, which connects the rest of India with the seven sisters of the North-East.  At the Northern side of corridor is Nepal and Bhutan and towards the south is Bangladesh. This link has to be protected at all cost as a broad gauge railway line running here is joining New Jalpaiguri to Gawhati. Also, National Highway -31 that joins Kolkatta and Guwahati also passes through the Corridor.

Sikkim has approximately 300 km border with China. There are a total of 14 Passes on Sikkim-COT border, some are known and manned and others are unknown to outside world except for the locals and the Indian Army. After Batang La in East, the other passes are Jelep La, Nathu La, Cho La, Tangkar La, Gora La, Khungyami La, Sese La, Karang La, Bamcha La Chulung La, Kongra La, Naku La, and Chorten La.

India is rapidly introducing required infrastructure to develop and protect the all important Sikkim heartland. 309 kms of National highway and 3700 kms of state road network connect all subdivisions. The main Airport linking Sikkim to the rest of India is Bagdogra where even fighter aircrafts can land. A new green airport has been recently inaugurated at Pakyong where ATR turboprop aircrafts can land. There is regular Helicopter service from Bagdogra to Gangtok and Helipads are available for all towns and remote areas.

A new 53 km long railway project between Sevoke town in North Bengal to Rangpo in Sikkim has been approved; it will be connected to Gangtok in Phase2 and will have 13 Tunnels through mountains and valleys of Teesta. The project is likely to be completed in 2021. It will be marvel of Railway engineering and will provide the first rail link from mainland to Sikkim.

India has deployed sufficient troops to protect Sikkim frontiers. When Indian Tanks crossed Gangtok to go North, Sikkim masses cheered and children gifted bouquets to Armoured crews. Infantry formations are well poised to counter any intrusion of Red Army in India through any of 14 passes on Sikkim Frontiers. Indian must continue to ensure balanced development of Sikkim with due respect to culture and traditions while keeping military imperatives central in all policy matters concerning the state.