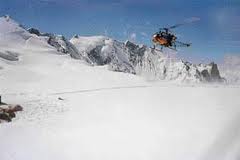 India and Pakistan today failed to agree on the modalities for demilitarisation of Siachen. At the end of the 12th Defence Secretary level talks, the two sides issued a joint statement which “welcomed” the ongoing process and stated that the discussions were held in a very frank and cordial atmosphere. The joint statement adds that both countries have agreed to continue the discussions in a “meaningful and result-oriented manner”. Most welcome was the assertion that the ceasefire has been holding since November 2003. Apart from the delegation-level talks, the two Defence Secretaries met one-on-one, and the Pakistani delegation also called on Defence Minister A.K. Antony.

Prime Minister Manmohan Singh met with his Pakistani counterpart, Yousaf Raza Gilani, on the sidelines of the SAARC conclave at Thimpu in February 2011. The leaders agreed to make a fresh start and resume talks that had been stalled since the 26/11 terrorist attack in Mumbai in 2008. A lot has happened since then. The killing of Osama bin Laden in Pakistan has exposed Pakistan as a breeding ground for international terrorism. The attack on the Pakistan Naval Academy, as also a series of other attacks in retaliation to Osama’s killing, reflect the hold that militants have on the country. India has exhibited great maturity and foresight by standing up to the commitment made by the Prime Minister and going ahead with the talks despite the tenuous situation presently prevalent in Pakistan. By so doing, India has extended tacit support and much needed legitimacy to the government of the neighbouring country

That the talks would fail was expected. Firstly, because they had been resumed after a hiatus of nearly four years and immediate progress after such a long interval was not really feasible. Secondly, this has been the status quo between the two countries since the seventh round of Defence Secretary-level talks and it is not likely to be off set in a hurry. Pakistan has in place a rigid position and nothing has happened in the recent past which would indicate a change in perception.

At the outset, a brief reiteration of the salient features of the Siachen issue. In 1984, India learnt, to its horror, that Pakistan was giving permission to foreign mountaineers to climb the Siachen heights. The Indian Army immediately launched “Operation Meghdoot” and with a Herculean effort reestablished physical control over its territory. Having lost the initiative, Pakistan denounced the Indian action as a violation of the Shimla agreement which barred the use of force to bring about a change in the line of control. In 1989, the two countries did inch towards an agreement, once again in end 1998-99 the issue came close to resolution. However, on both occasions Pakistan resorted to pressure tactics and the matter did not progress.

The position held by the two countries remains unchanged. India wants to authenticate, on a map, the Actual Ground Position Line (AGPL) along which the troops are presently deployed whereas Pakistan wants India to withdraw to the positions held in 1984 when this so-called dispute erupted. The AGPL is not clearly marked beyond the grid reference point of NJ-9842 and this is causing reservations and apprehensions to both sides

India has, for long, harboured a desire to deescalate tension in the beautiful and sensitive region. On June, 12, 2005, Dr Manmohan Singh became the first Prime Minister to visit Siachen. “Siachen is called the highest battlefield where living is very difficult… Now time has come that we make efforts that this battlefield is converted into a peace mountain,” he said in the aftermath of the visit. He also added that there could be “no redrawing of boundaries” in the search for peace as it related to the country’s security and prestige. The then Indian Army Chief, General J.J.Singh, reemphasised India’s strategic requirement of clearly delineating the position on a map. Pakistan once again rejected the same and for this reason the Prime Minister’s vision of a mountain of peace remained but a dream.

Why is Pakistan so keen to get India to accept its proposal? Because there is more to Siachen than meets the eye as far as Pakistan is concerned. As a first step the country wishes to validate occupation of the Saltoro range by the Indian forces as a violation of the Shimla Agreement; having done so it will declare the region as a disputed territory. After this, a Jihadi intrusion to fructify expansionist designs is definitely not beyond the realms of reality regardless of the assurances taken. The foregoing would constitute a major strategic achievement for Pakistan as it would deny India the capability to monitor the sensitive Pakistan-China axis, contiguity with the Northern Areas would be broken and the Pakistani’s will breathe down Indian Army its positions in Ladakh.

There are many reasons for India to maintain its righteous position. Continued ceasefire has almost nullified chances of conflict escalation. In view of India’s burgeoning economy, the cost-benefit paradigm is firmly in her favour. The Army is comfortable with deployment of its troops in this arduous terrain. Hence, there is no urgency or expediency to change the status quo or rush into some precipitate action.

A positive fall out is that the two sides have agreed upon continuation of the dialogue. More than the operational and strategic issues, an understanding between the two countries will help preserve the sensitive ecology of this region.

India has achieved the existing strategic ascendancy with sweat, toil and blood. Tremendous sacrifices have been made by the Army to ensure the country’s territorial integrity in this region. India’s stand on the issue of securing foolproof guarantees before considering a redeployment of forces holds merit. It is sincerely hoped that in the next round Pakistan will come with a more open mind and flexible approach which keeps into consideration India’s justified sensitivities.