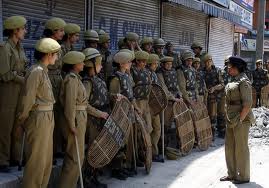 2012 offered a mixed bag for Jammu and Kashmir so far as security is concerned. This was the second consecutive year when the state witnessed a modicum of peace which translated into unhindered social/economic activity. The going was, however, not totally smooth; many issues came up, some due to circumstances and others most cleverly orchestrated by inimical vested interests.

The year started with turmoil; in January, 2012, separatists whipped up emotions with regard to the National Hydel Power Corporation (NHPC) at Boniyar. In the resultant wave of agitations, a civilian died due to firing in self defence by the Central Industrial Security Force personnel deployed over there. Sadly, Chief Minister Omar Abdullah, without the benefit of a proper inquiry, termed the death as a murder. This incident set the pace for the chief minister’s personal crusade against the armed forces special powers act (AFSPA). All through the year he lost no opportunity to sell his point of view.

Interestingly, his recommendations evoked stringent opposition from the leaders of the Congress party, a part of the coalition government. Madan Lal Sharma, the Congress Member of Parliament from Jammu emphatically stated in March, 2012, “Time isn’t ripe for its (AFSPA) withdrawal.” The matter was put to rest by the year end by none other than Home Minister Sushil Kumar Shinde. “It (AFSPA) cannot be withdrawn unless it (the State) is quite and calm,” are the reported forceful words of the Home Minister spoken in Kashmir in December, 2012. “Infiltration has increased. That is our information. We are worried. We are watchful in all sectors,” added the minister to give an ominous scenario of security.

There are many reasons to support the contention of the Home Minister. Ceasefire violations along the line of control that remained a norm all through the year gathered momentum by the year end in what is looked upon as a desperate attempt by the Pakistanis to infiltrate as many terrorists as possible before the onset of winter.

Some other indicators suggested that all was not well on the security front. The month of August witnessed an alarming resurrection of the hated grenade attacks in the buzzing towns of Sopore, Baramullah and Srinagar. CCTV coverage revealed the involvement of teenagers in these attacks. Earlier in July, 2012, terrorists had carried out an audacious attack on army personnel at Pampore, just 15 kilometers from the capital city of Srinagar. These incidents, along with the routine terrorist activity, put paid to the dovish perception that all was hunky-dory in Kashmir on the security front. It was, in fact, the proactive response of the security forces which saved the situation from escalation.

Kashmir also witnessed a new form of security threat during the year; on June, 25, the revered Sufi shrine of Dastageer Sahib caught fire and was reduced to ashes; On July, 16, another Sufi shrine of Baba Haneefuddin in Budgam was gutted. Immediately, inimical voices started hinting towards a conspiracy. A few months later in October, 2012, protests rocked the Chenab valley over alleged blasphemous content uploaded on some social networking websites. Major townships of Kishtwar, Doda and Bhaderwah remained closed due to a tense situation. Wild rumours did the rounds creating a very critical sectarian situation. Also in the month of October, 2012, the otherwise peaceful Zanskar in the Ladakh suddenly erupted into a communal frenzy on the alleged killing of some persons of the minority Muslim community by the majority Buddhists because of conversion of some Buddhists to Islam. The protests and attendant violence led to the imposition of curfew and it was quite some time before the situation turned normal. These incidents were clear indicators of an attempt by vested interests to raise emotions in Kashmir. Fortunately, the evil designs did not really take off in the direction that had been laid out for them; another example of the resolution of the people to maintain peace at all costs.

Propaganda from across the border did not cease all through the year. In February, 2012, Syed Sallah-ud-Din, attempted to uplift the sagging image of his conglomerate, the United Jihad Council, by talk of a large number of Mujahideen being ready to move into the streets of Kashmir to liberate the valley. That the statement elicited no reaction in Kashmir demonstrated the futility of his cause. Later in the year, the worthy chairman received some major jolts. In September, 2012, his long time friend and accomplice Mehraj-ud-Din Wani, the longest surviving terrorist of Kashmir, was arrested while trying to resurrect the waning cult of terrorism in the valley. The second big jolt came with the killing of five HM terrorists by the security forces in the beginning of October, 2012. Salah-ud-Din had no option but to reiterate his promise of producing “thousands of loyalists.”

The silver lining was that the tourist season and the Amarnath Yatra in Kashmir went through most successfully. Many Nations removed the advisory against visiting Kashmir resulting in tourists, both domestic and international, coming in great numbers. This brought about a general feeling of well being across the region.

People who are not intimately associated with the Kashmir valley have started taking peace for granted. They are quite impressed with the rising levels of tourism and economic activity which gives a general impression that the tide has turned. In reality, the calm is on the surface with terror mongers working overtime to regain lost ground. Religious divide within the Muslim community is a new and menacing challenge which has serious potential to shake the hard earned peace. Pakistan has exhibited no intention of relenting from the pursuit of exporting terror into Kashmir and is not likely to do so in the near future.

The year 2013 will pose many security challenges to the government, the forces, the people of the State and the nation at large. The situation is under control but it is definitely not stable. Constant vigil and proactive security would be the recommendation of all right thinking persons.