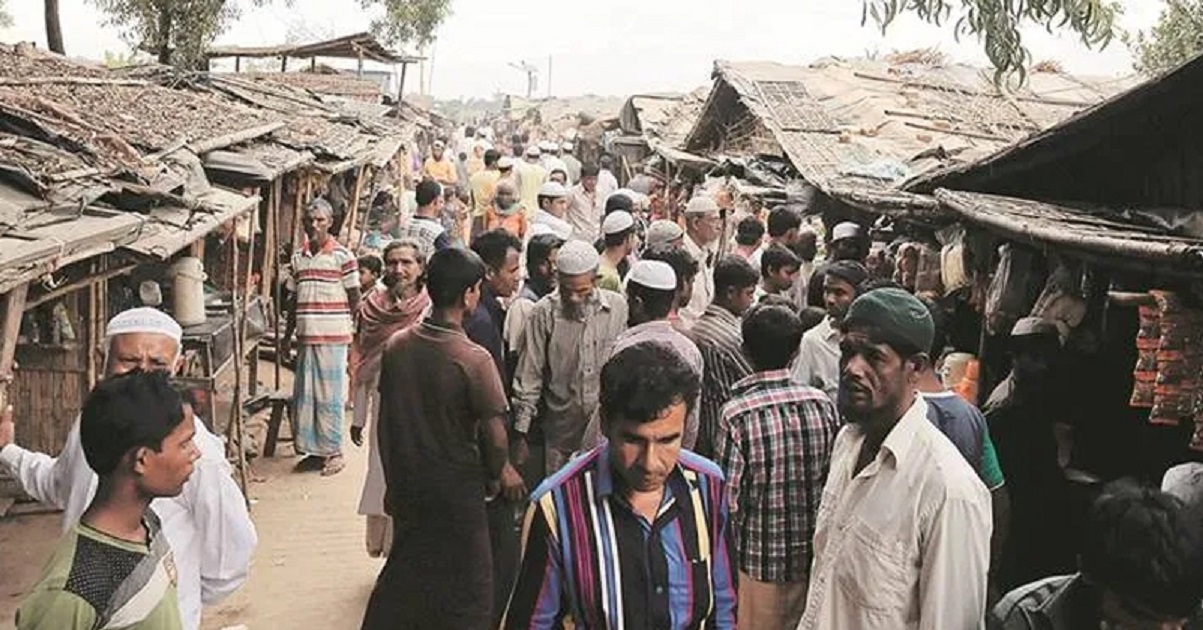 A three member Supreme Court bench comprising of Chief Justice Sharad Arvind Bobde and Justices AS Bopanna and V Ramasubramanian is seized with a Public Interest Litigation (PIL) plea seeking directions for “release of so-called Rohingya refugees” who have been detained in the Jammu region of the Union Territory (UT) of Jammu Kashmir under the Foreigners Act since early March this year. On completion of formalities, these refugees would be deported to Myanmar, their country of origin.

It is notable here that on March 7 this year, close to 160 Rohingya refugees living in Jammu were detained and sent to a “holding centre” under the Foreigners Act as they did not hold valid travel documents. The detention has been done in the Hiranagar sub-jail of district Kathua of the UT. The move was a part of a larger verification process designed to further the deportation process.

The application to stall the legitimate process of deportation has been filed in the Honourable Supreme Court by a Non-Government Organisation (NGO) – Association for Democratic Reforms represented by Mr Prashant Bhushan; quite clearly its intention is to stall the Government’s efforts towards sending illegal immigrants back to their parent countries.

Rohingya’s are a Muslim community of Myanmar;  thousands of them arrived in Jammu from 2007 to 2015 and spread out to 22 locations across the city, including Narwal, Bhatindi, Channi Himmat, Bhagwati Nagar. Their settlement was actively supported by the PDP-Congress and National Conference-Congress  led governments of those times, despite the fact that even Indian citizens were not allowed to settle in the erstwhile state of Jammu and Kashmir due to provisions of Article 370 and Article 35A.

The settlement soon became a tinder box as far as Jammu was concerned creating critical law and order and security problems of the local people. However, the governmental support continued and ensured that the community of illegal refugees continued to mushroom in and around Jammu only. What was particularly galling was the fact that these refugees were not being sent to Kashmir where they had closer religious affinity to the people but were being settled down in the Hindu majority areas of Jammu.

They were, in fact, supported financially by many Kashmiri philanthropic organisations that ensured that the settling down and rehabilitation process was smooth for them. With time they were also facilitated with necessary documentation like ration card, voter card, Aadhar card and even state subject so as to make them permanent residents of the state.

Protest against Rohingya in Jammu

By turning a blind eye to the rules and regulations the state governments of those times created a problem of critical dimensions. It was seen by the people of Jammu as a well planned conspiracy to negatively impact the security of the region and also attempt to start a process of changing its demography.

The action or “relative inaction” of the governments of those times created significant law and order issues in the places where the Rohingya settlements came up since the members of the community were not averse to committing crimes and causing harm to public as well as private property. The security forces expressed serious reservations at the prospect of having foreigners of dubious antecedents so near to their many sensitive installations in the areas where the refugee camps came up. The fact that the Rohingya have, for long, been on the payroll of Pakistan’s notorious Inter Services Intelligence (ISI) for operations in Bangladesh and Myanmar added a very critical dimension to the security threat posed by these settlements.

The move naturally led to massive protests and demonstrations in the Jammu region but the same fell to deaf ears. PILs were also filed in the local courts that gave orders for deportation proceeding to be initiated at the earliest. These orders had no effect on the governments.

The Government of India, in 2018, set about a process to identify the Rohingya refugees in India (said to be more than 40000 in number) with the intention of initiating their deportation to their parent country. All states were asked to identify the Rohingya and collect their biometric details for further sharing with the Government of Myanmar. The process was initiated in the Union Territory of Jammu and Kashmir too and as a continuation to the same, the detention process was instituted in March, 2021.

The government has, very rightly, stated its position that such citizens of Myanmar who are staying in India as illegal migrants will be deported once their nationality is confirmed by their parent country. Despite the established legality of the process of deportation and the irrefutability of the fact that the Rohingya cannot stay in Jammu or in any other place in India in perpetuity, there are many bleeding hearts out to represent against the legal recourse being taken by the Government.

The voices raised on their behalf from among the leadership in the UT of Jammu Kashmir are more for political reasons. There are many regional parties that have all intention of converting these people into a vote bank resource.  Such illegal activity has grave security repercussions anywhere in the country; in frontier regions like Jammu it gains critical proportions. It is for this reason that the malevolent intentions of those who support the continued presence of the Rohingya in the region need to be exposed and nipped in the bud. It is sad to note that some people are ready to compromise on security in a sensitive border area like Jammu for the sake of vested political considerations.

There are many international norms and caveats that are used to ensure that people are not repressed by their own governments and countrymen. Once the Government of Myanmar accepts its people back it will be honour bound to look after them, it is also better for them to get back to their homeland. The action being taken by the UT Government with active support from the centre is not only legal, it is also justified and necessary.

(Jaibans Singh is a social activist and columnist)