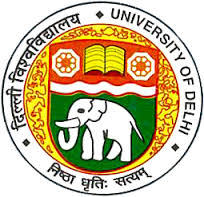 Apropos an article “Unwrapping the soldier from the flag – Kashmir after the flood” by Chirag Thakkar (a supposed Delhi University research scholar) carried by Kashmir Times, a local Jammu based English newspaper and as a guest post by a blog kafila.org. In the article the author has accused the Indian media of “insensitivity” by “valourising the Jawan involved in the flood rescue operation.” He has also accused the Indian army of “systematic use of torture” on the civilian population of Kashmir.

The article exhibits appalling journalism in its content and context neither of which is based on facts or empirical evidence. These are mere accusations wrapped in high sounding English that would cause revulsion to any discerning reader.

The writer introduces himself as a “performance artist” and an independent journalist who researches the “bio-politics of torture and memory in Kashmir” at the Department of Political Science, Delhi University. It is surprising that the author has deemed it fit to make strong and sinister allegations of torture and repression of the Kashmiri people by the Indian army on the basis of some reports of foreign agencies. He has also accused the Indian media of bias towards the service in matters of national importance. The manner in which he has approached the subject is a sad commentary on the level of research that is being undertaken in Delhi University.

Since the author is making an attempt to research on Kashmir and is going about his brief with a jaundiced mind, there is a need to acquaint him with certain facts.

The region is afflicted with landslides, avalanches, cloud bursts, accidents where vehicles fall into deep gorges, earthquakes etc quite often. The valley is cut off by heavy snowfall that closes down the land route almost every year, it is the army that opens the highway and looks after those stranded on the roads. In instances of heavy snowfall and avalanches, it is the army that sends out professional rescue teams from its High Altitude Warfare School (HAWS) situated at Gulmarg, Kashmir. During the many occasions when flash floods have cause devastation in Ladakh and other parts of the state it is the army that carries out rescue and builds temporary bridges for communication. During earthquakes, as in the recent case in Kishtwar and the massive one in Kashmir in 2005, it is the army that provides the first rescue and relief. Whenever heavy snowfall cuts of the upper reaches in the state in the Kashmir valley and also the hill tracts of the Jammu region, it is the army that looks after medical and other emergencies, there have been innumerable instances where Army Jawans (soldiers) have carried civilian patients on stretchers over long distances to the nearest medical centre.

In meeting all these natural travails the army and the civilians work with seamless harmony – shoulder to shoulder.  It is not only the army that helps the civilians; there are innumerable instances when civilians spontaneously come to the assistance of the army. All this happens as a routine in Kashmir, out of the media glare. The army personnel and the civilians have to survive together in hostile, treacherous conditions and they have a system and to do so, a tradition of mutual help and assistance is in place. It is unjustifiable and wrong on the part of those not staying in the area to comment on the situation on the basis of limited knowledge.

Does the author wish to insinuate that rule of law has completely surrendered in the state of Jammu and Kashmir? Does he wish to suggest that the government of India is a mute spectator to Indian troops unleashing a medieval level of barbarianism on the citizens of the country? The author is insulting not only the Indian army but also the government of India, the Indian judiciary and above all the people of India.

Would the author wish his readers to believe the all the visuals and print media stories of the rescue operations in Kashmir were false and motivated? Does he wish to suggest that Indian media been reduced to a public relations department of the government of India and the Indian army? Definitely the Indian media would take strong exception of being thus portrayed.

It would be understandable if such filthy literature had emanated from certain vested interests on the payroll of foreign elements, but for the research scholar of an eminent university to write in this manner is quite surprising.

One would be interested to know as to how many times the author has visited Kashmir in the course of his research and investigations. One would also like to know whether he has gone to Kashmir to get a first hand review of the flood situation and has, in any manner, assisted in the rescue and relief process. If the piece has been written from the air conditioned environs of the Department of Political Science, Delhi University, as it seems to be, then it becomes even more repulsive.

If there is one region in the world that figures the most in the media through statements made by a plethora of so called experts, critics, policy makers, strategists and thinkers it is Kashmir. Almost everybody who is anybody or has pretensions to being somebody would like to hold and express an opinion on this small, beautiful region.

Chirag Thakkar is one more entry in this set up. What is unfortunate is that while indulging in this motivated, yellow journalism he is using the august name of Delhi University. In fact, by writing this riposte, this columnist has given to Chirag Thakkar the importance and hype that he is probably looking for. Nevertheless, it is important to lay out facts as they are and send out a word of caution to eminent educational institutions.