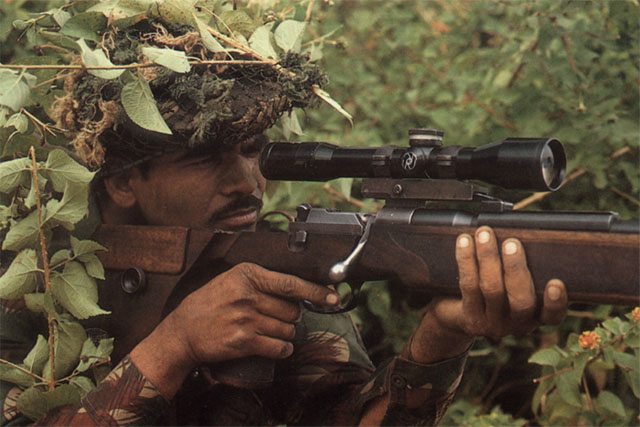 The unfolding scenario has also brought in its wake certain political compulsions to change the status quo with respect to application of such enabling legislations like the Public Safety Act (PSA), the Disturbed Area Act (DAA) and the Armed Forces Special Powers Act (AFSPA),in the State, which facilitate the security forces in fighting terrorism and disruption These compulsions are a result of sustained propaganda by certain vested interests that have a stake in keeping turmoil alive in the State. Such forces are well aware that these enabling legislations have been singularly responsible in facilitating the security forces in neutralising the evil, foreign sponsored mercenaries. They also realise that terrorism and disruption can be kept alive only by doing away these enabling legislations and to achieve this end result they constantly pressurise incumbent governments into revoking the same.

Even though the AFSPA comes third in the pecking order, it is normally the first to come in the eye of the storm. It revocation should logically be preceded by revocation of the PSA and the DAA, yet the entire debate centre’s around this law. There is a possibility of some robust propagandist manipulation in this regard, since the interested lobbies are aware that revocation of AFSPA will automatically mean revocation of PSA and DAA.

One cannot find fault in the efforts being made towards bringing about a change in the status quo. The very normalcy that has come about with tremendous effort has now become a bane so far as the mainstream political posture is concerned. Having committed to the revocation of AFSPA, it is becoming difficult to counter the propagandist onslaught of the inimical vested interests and hence the search for a middle path.

It is also a reality that maximum mainstream political parties in J&K, including the Congress, are against revocation of these legislations. There is a strong reason behind this stringent opposition. The presence of security forces, especially the Army, is sought after by the common man in most parts of the State including areas South of the Pir Panjal, Leh-Ladakh and even the higher reaches of the Kashmir Valley. Even though terrorism is well within control in these areas, the locals get very apprehensive by the slightest attempt to move security forces from the vicinity of their villages and abodes. The fear of terrorism and revisit of the terrible times gone by continues to haunt them. The political parties that have a larger presence in regions of the State other than the Kashmir Valley are not ready to go against the wishes of their constituencies to placate a small minority which is, in any case, inimical to the interests of the State. The areas from where the demand for revocation of AFSPA is emerging are, in any case, not under the operational control of the Army, they are being looked after by the JK Police and Para-military forces. This points a political motive behind the demand.

While considering changes in the status quo, it has to be kept in mind that partial revocation of these legislations is not a very wise move. The Army cannot be amenable to any such suggestion since the areas that resultantly would not come under the purview of the legislations are likely to be used by terrorists and anti national forces to recoup and re-launch operations. Politically also an action of this nature is fraught with danger since revocation of the legislations in some areas will trigger a chain reaction of demands for revocation in other areas and this will put the government on a totally unacceptable back foot

Another issue to be seen is the conditions prevailing in the neighbourhood; there is no denying that terrorism in J&K is a product of Pakistan’s intransigence and a weak fundamentalist Pakistan is a constant threat to India, especially J&K. The first attempt of recouped fundamentalist forces in Pakistan, post the withdrawal of the US from Afghanistan, is likely to be re-engineering of terrorism in J&K. This being an internal problem cannot be countered by applying rules of conventional conflict, hence the need for continuance of enabling legislations for security forces.

The possibility of completely removing operational responsibility of the Army in selected areas and vesting the same on the JK Police, while keeping the AFSPA in place, is also worth exploring. This will help build the confidence of the Police, meet the demand of reducing the presence of the Army in selected areas and yet keep open the option for immediate intervention in case of an emergency. An action of this nature may, in the long term, open an avenue for complete revocation of security enabling laws in the State.

Undeniably, the intention of all mainstream nationalistic forces is to look for ways and means to usher complete normalcy in the trouble torn region. However, there is no easy solution to this complicated issue. It requires patience, foresight, a clear understanding of the current political-military environment and above all statesmanship to move towards a resolution which is both circumspect and acceptable to all stakeholders. Debates and discussions on the issue are welcome, but it has to be ensured that no such action is taken which set back the clock on what has been achieved with after making tremendous sacrifices.