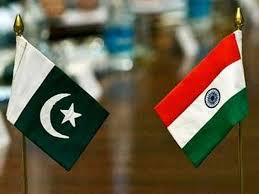 Even when faced with the improbability of making much headway on terrorism and Kashmir in any resumed dialogue in the future, it remains important for India and Pakistan to engage in dialogue with each other. What both the countries must recognise is the failures and fallacies in policies and approaches so as to avoid points of saturation and allow proliferation of tracks of engagement. It will take a lot of time and patience to balance the trust-deficit. The only way it can happen is through continued engagement. No magician’s wand will dispel the thick layer of distrust built up over the years.

The decision of the Government of India to resume dialogue with Pakistan was, thereafter, announced during Foreign Minister Sushma Swaraj’s visit to Islamabad on 8-9 December 2015 for the ‘Heart of Asia’ Conference. It was decided that India and Pakistan would hold discussions on wide-ranging issues under the rubric of a ‘Comprehensive Bilateral Dialogue’ as opposed to the nomenclature of ‘Composite Dialogue’ or ‘Resumed Dialogue’ used earlier.

This decision to engage with Pakistan can correctly be perceived as a change in policy by the Modi Government which had, on previous occasions, made it known that talks would only be resumed if Pakistan took tangible steps to curtail terrorism targeting India and undertook concrete action against the culprits of the 26/11 terrorist attacks in Mumbai.

Much dynamism was added to the process by the “impromptu” visit to Pakistan by Prime Minister Modi to say “happy birthday,” to Prime Minister Sharif, but then, the Pathankot terror attack came as a dampener to the building bonhomie.

Hopefully, the Pathankot terror attack will not be allowed to come in the way for too long and there will be meetings soon at the appropriate level.

No round of bilateral talks in the last quarter century could be sustained beyond a brief period since the political cycles across the border are rarely in alignment. The thorns remain, as one can still identify the inertial sense of rancour, bitterness and propensity to misunderstand and misinterpret each other.

Many analysts, in the US (Stephen Cohen, Hussain Haqani, Ashley Tellis etc.) and in Pakistan (Sartaj Aziz) and also many in India have come out with their observations that there is no future for the India-Pakistan dialogue.

The diplomatic trick, then, lies in seizing the moment and moving decisively on a range of issues.

From normalisation of trade relations to the demilitarisation of the Siachen Glacier, and from building pipelines across the Radcliffe Line in Punjab to defining a framework for the resolution of the question of Jammu and Kashmir, many potential agreements are on the shelf waiting to be dusted up. Generating forward movement is the only way to prevent a slide back in the next few months.

Past experience shows that a sustained dialogue has occurred only when India could directly engage Pakistan’s military leadership. One such period began in late-2003, when then Prime Minister Atal Bihari Vajpayee and his advisors established a channel of quiet negotiation with General Pervez Musharraf. This resulted in the institution of a ceasefire across the International Border, the Line of Control and the Siachen Glacier, and the negotiation of an agreed framework for talks with Pakistan covering all subjects of mutual interest including terrorism, Kashmir and economic cooperation.

Former Prime Minister, Dr. Manmohan Singh, ran with the baton passed by Vajpayee and presided over an expansive period of engagement that came to a close in early 2007, when Musharraf’s power began to ebb.

The election of a civilian government led by Asif Ali Zardari in 2008 and the more complex internal dynamic of civil-military relations in Pakistan saw an extended period of uncertainty. The ambivalence of General Ashfaq Kayani, the terror attack on Mumbai and the steady erosion of Zardari’s authority undermined Singh’s effort to revive the peace process.

What is now most significant is establishment of a long overdue line of communication with the other Sharif — Raheel — who is Pakistan’s all-powerful army chief.

The appointment of Lt. Gen. Nasir Janjua as Pakistan’s National Security Advisor in place of Sartaj Aziz is being seen as a brilliant step taken by Prime Minister Sharif in the right direction. This is because Lt. Gen. Janjua is regarded as General Raheel Sharif’s confidant, which implies that the Pakistan Army is now indirectly involved in the talks. If all stakeholders in Pakistan are on board in respect of talks with India, the chances of a forward movement become brighter.

The times ahead, therefore, would be good to restore what was created in Bangkok in early December between the National Security Advisors of the two nations so that the breakthrough made then can be exploited now. The presence of the two foreign secretaries at the Bangkok talks suggested greater coherence across the two establishments as they prepared to negotiate on substance.  This momentum needs to be maintained.

The constituency of hatred has to be quarantined and its impact on statecraft has to be identified and evaluated.

Pakistan needs to take serious cognisance of the steps taken by the BJP government to walk the extra mile for initiating a dialogue. The path breaking initiatives by Prime Minister Modi should not be taken lightly by Pakistan more so since that world has watched the events closely.

India, on its part, should be seen to be managing relationships with her neighbours earnestly if she hopes to be taken seriously by the international community. Also, continuing the dialogue might tend to weaken the anti-India elements in Pakistan.

The silver lining is that the experience of the last 18 months during which the dialogue was interrupted twice has brought both governments to the view that if any forward movement has to be made in improving relations it will come by only through the medium of talks and nothing else.