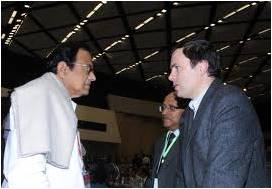 The working group on confidence building measures instituted by Prime Minister Manmohan Singh had recommended that a definite policy/package be formulated for the return and rehabilitation of the youth of Jammu and Kashmir who crossed over to Pakistan Occupied Kashmir during the peak of insurgency and terrorism in the State. Acting on this recommendation, the State government notified the policy and procedure for former militants in the year 2010. The State government mooted the idea of a surrender and rehabilitation policy to provide amnesty for such local militants who had crossed over due to indoctrination, compulsion or other socio-political reasons. The policy obtained a formal sanction from the Union Home Ministry in mid-November 2010.

The financial package of this initiative includes an immediate grant of Rs. 1.50 lakh in the shape of a fixed deposit and Rs. 2000/- as monthly stipend for three years after the surrender. Good behavior will be duly certified by the authorities taking the surrender and the State CID. The State government will also facilitate vocational training for self employment free of cost.

Three years hence, policy has not really taken off. Recently, the matter created uproar in the Jammu and Kashmir State Legislative Assembly with the opposition hounding the government for inaction on the promises given. The government, in its reply, stated that 1034 applications have so far been received under the policy of which 67 have been recommended and forwarded to the Ministry of Home whose decision is awaited.

By the look of it, this will be a long drawn out process mainly because Pakistan is not likely to be positively inclined to any such venture that can open the lid from its anti-India terrorist activities. Already there are reports that, after ignoring these so called Mujahedeen for three decades, the government of Pakistan is now planning to give to them the status of refugees and is also planning to build a colony for them in Musaffarabad. Chief Minister Omar Abdullah has also admitted that the policy “does not suit” Pakistan and they may “sabotage” it. “Reality is that cross LoC return and rehabilitation of Kashmiri youth is not the policy of one country. This rehabilitation policy does not suit our neighbouring country (Pakistan),” said Omar.

The implementation of the policy is facing a number of hurdles in the State also. Recently an interaction with rehabilitated and released militants was held by Inspector General of Police, Kashmir, SM Sahai at SKICC in Srinager. About 1500 released militants from Srinagar, Budgam and Ganderbal districts attended the interactive session and apprised the IGP, about the problems that they face. These included victimising of their families by the Police and the villager’s, the stigma that they face in society, the accusing attitude of the administration etc. The group said that they were looking less for an economic package and more for freedom from the daily harassment. A predominant sentiment expressed was that the complete rehabilitation package was a mere eyewash and practically speaking nothing was happening on ground

Notwithstanding the problems, there are many in Pakistan Occupied Kashmir who are ready to go to any extent to avail of this opportunity to return to Kashmir. The lure of the rehabilitation package is such that touts have come up on both sides of the line of control. These touts lure families into paying huge sums for a passage into Kashmir through illegal means. Many families have tried to come across through Nepal only to be apprehended by the Police once they reach the State. The last case of this nature was reported in December 2011, when a Kashmiri militant Zahoor Ahmed of Baramulla, along with his wife and two minor sons, entered Bharatpur from Nepal and then boarded the Jammu-bound Amarnath Express for the onward journey to the Valley. He was apprehended by the police at the Jammu Railway Station. The official response to such cases is a token arrest followed by bail at the earliest, according to some informed sources in the government. This system can open a conduit for terrorist organisations to induct their cadre into the State now that infiltration is becoming difficult by the day.

The yearning of these militants and drifters to shed the path of violence and return to the mainstream highlights the fallacies of the ongoing separatist movement in Kashmir. The change in heart of the core group of indoctrinated youth is a clear indicator that the politics of division being followed by a selective few have not yielded positive results and now a reverse movement is on the cards.

Surrender and rehabilitation is a policy which has all credentials of positivity as a civilized method to address an unfortunate occurrence. Unfortunately, the high ideological platform on which it was conceived did not cater for the practical hurdles which its implementation would confront. Nevertheless, there is no reason to abandon the scheme altogether. A good approach may lie in conducting a survey to establish the positive as well as negative fallouts that its implementation has generated. Mid course corrections can be made on the basis of the data generated.

The unfortunate part is that the process of indoctrination is unabated. Foreign powers are pressing their cadre in the Valley to wean maximum possible youth in the fold of terrorism and send them across the line of control for training. Further ammunition is provided by the propagandist utterances of the separatist group. Such issues need to be addressed in tandem with the aspect of surrender. The matter requires a deeper thought and understanding. Any attempt to bulldoze the issue due to political expediency would be counterproductive in the short term and disastrous in the long term. The State cannot afford to create wannabe Frankenstein monsters while attempting to extend good will