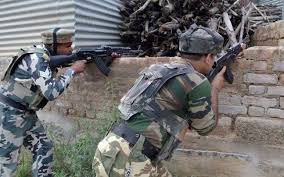 The heavy loss of life in an encounter at Pulwama, South Kashmir, on Saturday, 15, December, has evoked multifarious responses. While there is a universal expression of grief over the lives lost, the situational dynamics have created differing perceptions. A cursory study of the responses indicates an attempt from some quarters to politicise the tragedy. The media has, as usual, not attempted to get to the bottom of the incident and has simply voiced opinions that suit the organisational policy. The end result is a lot of finger pointing and blame game even as little effort is directed towards identifying the root cause of the tragedy with the intention of evolving a methodology to ensure that it is not repeated.

The incident relates to a joint operation launched by security forces on the basis of specific information regarding the presence of a group of terrorists. The contingent included teams from an army Rashtriya Rifles unit, the Special Operations Group (SOG) of the Jammu Kashmir Police and CRPF. It launched a pre-dawn cordon and search operation at the encounter site which resulted in a fire fight when it was fired upon by terrorists.

The operation was in concert with the established policy of the government to eliminate terrorism from the region. All security agencies were involved and the timing was such that would ensure minimum interference from civilians. It was, therefore, launched in accordance with the laid down standard operating procedure.

The operation took place in an open Orchard which raised a problem of sanitisation due to the large spread of the encounter site. Technically, the problem faced has been described by a Police officer as “difficulty in creation of a satellite zone.” The paid ring leaders instigated the civilians to get too close to the encounter site due to which the situation spiralled out of control, leading to the most unfortunate casualties in the cross fire.

The foreign sponsored propaganda machinery got active immediately thereafter! Unmindful of the sensitivity of the situation, it went about generating an unseemly hype. Some newspapers that are openly aligned with separatist interests carried statements from the terrorist organisations, Hizbul Mujahedeen and Lashker-e-Toiba as also Pakistan. The long winding statements avowed continuation of the so-called struggle. An attempt was also made to raise emotions by speaking of parents losing their sons and children losing their fathers. The statements constitute a low grade attempt to leverage the tragedy by spreading misinformation and half truths with the evil intention of instigating the people against their security forces and the government.

Not to be left behind, the Hurriyat leadership spoke of the Government of India (GOI) being interested in “systematically eliminating the people (of Kashmir).” It also made public its intention to march towards the Army cantonment at Badami Bagh and challenged the GOI to eliminate its leadership while it did so. The march, as expected, turned out to be a damp squib since the necessary numbers could not be collected and the leaders were too afraid to go on their own. The falsity of their so-called spirit of sacrifices got totally exposed. The lack of public response is a clear indicator of their tenuous status in the eyes of the very people whom they profess to represent.

The paid newspapers and propagandists had no word to say about Sowar Kishan Chand Rajput, who also lost his life in the gun fight and joined the long list of soldiers who have sacrificed their lives to save the people of Kashmir from the scourge of terrorism.   He has also left behind a grieving family. It is quite appalling to see the manner in which third rate rabble rousers dehumanise the sacrifices of the soldiers by totally ignoring the same. One would like to ask these worthies as to why their conscience was not pricked just a few days earlier when  four Jammu and Kashmir policemen were killed in a terrorist attack on a police picket in South Kashmir’s Shopian district and their weapons snatched. These weapons will be used to abduct, extort and murder common, innocent Kashmiris’.

The army, always sensitive to the needless loss of civilian lives, was quick to condole the death of the civilians even as it grieved the loss of one of its brave scion, Sowar Kishan Chand Rajput. “We condole the unfortunate loss of civilian lives during the Sirnoo (Pulwama) encounter, in which three terrorists were eliminated, a soldier was martyred and many other security personnel seriously injured,” a spokesperson said.

Governor Satya Pal Malik expressed grief over the loss of civilian lives during the operation and appealed to the people to not go near areas during or immediately after such operations. It is notable here that Jammu and Kashmir Police has issued an advisory many times asking people living within two-kilometres from the site of a gun battle to stay indoors. Despite this, some people go near to the encounter sites which leads to such tragedies.

There can be no let down in the counter-terrorist operations till such time that the last terrorist is not killed, security forces have in place all feasible procedures to ensure that no collateral damage takes place, but its total avoidance is possible only if  the people heed the Police advisory and stay away from encounter sites. The problem would be completely obviated if local boys who have been misled on to the path of terrorism are weans away from this self destructive pursuit; in this the families and civil society of Kashmir have a big role to play with, of course, the complete support of the government.

Those who use such tragedies to fructify the evil agenda that they pursue due to foreign influence and foreign money stand exposed. The government needs to take firm action against them and ensure that divisive disruptive, propagandist activities are curtailed in totality since they are now creating maximum trouble in the region. Normalcy has gained firm roots in the state and now the last leg for firming it up remains to be taken. It is up to the government to generate the will to do so and in this it has the complete support of the security forces and more importantly the people.

(Jaibans Singh is a reputed security analyst columnist and author)