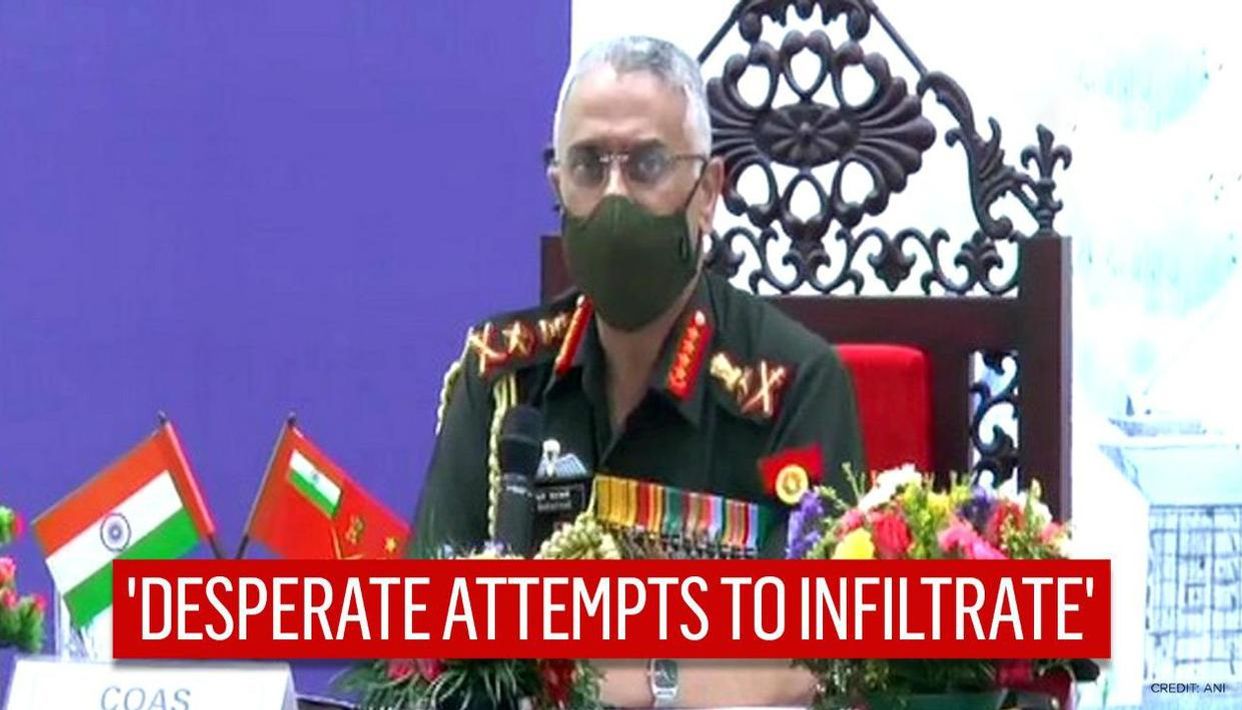 The Union Territory of Jammu and Kashmir has witnessed a paradigm shift in its socio-political environment in recent times. Of great importance is the successful and incident free conduct of the District Development Council (DDC) elections that began on November, 28 and culminated with the counting of votes on December, 22. This period and some time before it witnessed extensive cross border firing by Pakistan quite obviously with the intention of infiltrating terrorists and disrupting the elections. “There are terrorist launch pads and terrorists across the Line of Control (LoC) making desperate attempts to infiltrate into Jammu and Kashmir to disrupt normal democratic processes,” said Army Chief, General MM Naravane in a press conference on 28, November. The overwhelming response of Indian Army put paid to whatever the enemy sought to gain from his misadventures.

The terrorists operating in Kashmir were instructed by their masters sitting across the border to intimidate the people from casting their votes and also to increase the threshold of terrorist initiated violence. Accordingly, on December, 01, unknown terrorists lobbed a grenade on a CRPF location in Sopore, District Baramulla, the grenade exploded outside the main gate and caused no injuries. Again on December 6, terrorists struck at a police party of Zadibal police station, Srinagar and injured one Policeman and a civilian. This was a clear indication that the terrorists were attempting strikes to ward off the pressure from their masters but these were half hearted attempts. They were obviously scared of launching head on operations. The polls continued undeterred. Security forces maintained the pressure and many hideouts were busted during this period leading to seizure of weapons, explosives and war like stores that were to be used to disrupt the elections.

The first major counter terrorist operation during the period took place in December, 9, at Tiken area of Pulwama in which three terrorists were killed. They were said to be affiliated with the al Badr terror outfit. The killed terrorists were identified as Merajuddin Lone, Umer Ali and Owais Farooq. One of them was from village Dadsara in Tral, that is known to be a bedrock of terrorism with many known terrorists hailing from there.

Earlier the death of a terrorist from the village led to massive funeral processions with thousands of people joining in. In a significant departure from earlier times there was no activity witnessed in the village this time. Nobody demanded burial of the body in the local cemetery and no shut down was called. Reports suggest that not many people even visited the family of the terrorist to offer condolences. The bodies were buried as per COVID protocol in Baramulla.

Earlier, on June 26, the Jammu and Kashmir Police had tweeted that, for the first time since 1989, there were no Hizbul Mujahideen militants left in the Tral area of Pulwama district thus putting a lid upon the Burhan Wani and Zakir Musa era when this region resonated of separatist tendencies. The present response in village Dadsara indicates that the changeover is complete and irrevocable.

With terrorists unable to impact the poll process the terror masters activated their over ground workers and told them to dissuade the people from voting. On December, 10 reports were received that some miscreants in Anantnag were dissuading people from voting. “Some miscreants were found dissuading people from voting in Anantnag during the fifth phase of the DDC elections today. When the media reached, miscreants started to worsen the situation. The police separated the media from the area and the situation was brought under control,” said Jammu and Kashmir State Election Commissioner (SEC) KK Sharma at a press conference. An FIR was registered by the Police and investigation initiated.

Beyond the aforementioned incident, there was no Syed Geelani and his ilk seen on the streets provoking people to fail the elections, there were no violent demonstrations leading to crowd control actions by the Police. Even the social media was not as active in bullying the people as it used to earlier, it is so because hundreds of accounts have been closed due to proactive surveillance by the Cyber Cell of the JK Police and restriction on use of spectrum. The active accounts were being operated from Pakistan as a part of the propaganda campaign of ISI.

A setback came by on December, 14 when terrorists opened indiscriminate fire on a leader of the Peoples Democratic Party (PDP) and killed his Personal Security Officer (PSO), Manzoor Ahmad. It was quite apparent that with the polls almost coming to an end the terrorists were desperate to show results. The best that they could do was to attack a single political leader and that too in a stand-off manner.

Thus, the DDC polls culminated successfully with no major incident of violence reported and voter turnout registered at an all time high in J&K. “I congratulate all the candidates who have won the DDC elections. With the active participation of people, the voting percentage was higher, and polling was peaceful. Results were declared for 278 seats and deferred for two seats,” said State Election Commissioner KK Sharma.

While heralding the culmination of this very challenging project.

Lieutenant Governor Manoj Sinha, had a special word of appreciation for the security forces led by the Indian Army. “I am happy that except for one or two very small incidents, District Development Council (DDC) elections were conducted in a very peaceful, free and fair manner. Despite cold weather, Jammu and Kashmir Police and Armed Forces contributed in a big way during these elections,” he said.

The successful conduct of DDC polls suggests that Kashmir has changed for the better; the people are now pursuing their aspiration in a secure and free environment. Even places earlier steeped in separatist ideology due to misleading inimical forces are witnessing a change of heart. The positive changes and stability that the region is witnessing are raising hopes of an early switch over from the status of Union Territory to statehood as has been promised.

(Jaibans  Singh is an analyst, columnist and commentator)