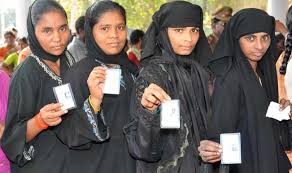 Jammu and Kashmir, November, 25: Polling for first phase of State Assembly Elections in Jammu and Kashmir is underway. 123 candidates are in the fray in this first leg of the five-stage election. 15 segments will go for polling, spread across seven districts of Bandipora and Ganderbal in Kashmir Valley, Kargil and Leh of Ladakh region and Kishtwar, Doda and Ramban of Jammu region.

Nearly 1900 polling stations have been set-up by the election authorities in these 15 constituencies. A total of 10,502,50 voters including 5,49,698 males and 5,00,539 females, besides 13 transgenders are eligible to exercise their right to franchise in the first phase of the polls.