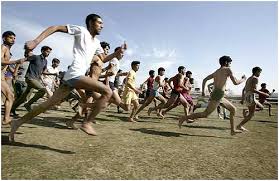 The multiple counter terrorist operations in Shopian, Kashmir, which led to the elimination of 13 terrorists, were undeniably a great success for the security forces.  A success of this nature needs to be optimised towards achieving the ultimate objective of completely eradicating the scourge of terrorism and steering the state on to the path of normalcy.

A relative calm exists in regions south of the Pir Panjal where terrorism had a strong signature not too long back. All attempts to resurrect the terror threshold over there have been strongly suppressed by the security forces. The recent elimination, by security forces, of four Pakistani terrorists within hours of their infiltration into the Sunderbani area of Rajouri District implicitly indicates their strong intelligence network, coordination and operational incisiveness that is keeping the area free of terrorism.

Technically, it is the state of Jammu and Kashmir that is being targeted by foreign sponsored terrorism but on ground terrorism has, for long, been restricted to the Kashmir Valley. Here too there is an ever increasing dominance of locals in the terrorist cadre. This has been most aptly demonstrated by the aforementioned encounter, wherein, all terrorists eliminated were locals and that too from Shopian and its surrounding areas.

The localised nature of terrorism, the tactical dominance of the security forces, the difficulty that Pakistan is facing in sending in reinforcements, the problem of logistics that the terrorists are facing, cumulatively point towards a situation where the elusive political dimension can be leveraged.

What exactly would a political initiative under the circumstances entail?

Development as the strongest pillar of the political strategy has been emphasised repeatedly. Development at a predominant position, however, entails shift of primacy to the socio-economic dimension with politics being relegated to a distant second or third position. As such, the very concept of Kashmir being a political issue gets negated.

The erstwhile Finance Minister of the state government and a prominent member of the ruling People’s Democratic Party (PDP), Haseeb Drabu, lost his job for saying as much. His ouster does not change the fallacy of finding politico-centric solutions on the basis of socio-economic parameters.

In a political initiative, engagement of the people should gain primacy! In Kashmir engagement of the youth stands out as most significant. A segment of the youth, however small, is disenchanted enough to stake its very life on the alter of a misplaced and self destructive ideology; this situation needs to be reversed and the sooner the better. Once this segment is brought back into the mainstream everything else will automatically fall in place.

The first step in this direction is creation of a realisation that the enemy will not leave even the smallest window of opportunity to re-establish his evil axis of violence, hence, the security threshold of the region cannot be compromised. Definitely, ways and means can be found to make the life of a common man easier with the help of technology and better standard operating procedures, but a complete withdrawal of the security umbrella is neither feasible nor advisable.

People simply have to learn to live with this situation for some more time for their own good!

The abrasive politics of religion that have been thrust upon the people with skillful use of propaganda and money power needs to be challenged. The only existence that Kashmir has even known is one of enlightened secularism based on the bedrock of Sufism and Kashmiriyat. The Wahabi-Salafi concept that is gaining primacy is completely alien to the Kashmiri ideology and culture. It is indoctrination towards this religious belief that is leading some of the youth astray and luring them into the fold of terrorism.

Dealing with a situation of this nature is the responsibility of the political leadership. Political leaders need to take the lead and ensure that the civil society follows them. The task is not very difficult since it has righteousness on its side in saving the community from the clutches of a foreign ideology. It is in this direction that political initiative should be primarily focused!

Politics of disruption and divisiveness that are being perpetrated on the strength of unlimited foreign funds is yet another area of criticality that needs urgent political intervention. The system is well honed and very proficient indeed in the psychological domain due to years of experience. It also thrives on the indoctrination of youth and starts with the younger profile of stone pelters.

Surely, the state can generate the will to deal with a handful of foreign stooges and nip this malaise in the bud once and for all. Stone pelting and Bandhs (Lock outs) cannot continue to be looked upon as a fundamental right to be exercised at will. This is not something that the youth wishes to do, it is something that they are being compelled to do. Under the circumstances, the state and the political leadership should rise up to their responsibility of saving the youth from choosing a negative path.

Free lunches is something that no self respecting person would wish to partake of and the youth of Kashmir is no different. Yes! They are desperately in need of jobs and avenues but they would not like to take doles. This thought process gives rise to the need of a political initiative based on the concept of empowerment.

People living in valleys and mountainous regions invariably find it difficult to adjust to a cosmopolitan culture. Such integration is all the more difficult for the Kashmiris’ because of a very unfortunate feeling of distrust. There is a need to understand the fault line and deal with the same with sensitivity. The youth have to be integrated into the national mainstream and that too with dignity. In this the political leadership should draw inspiration from the outstanding results that the Army welfare initiative Operation Sadbhavana has achieved.

Kashmir is ripe for a political initiative with youth as the centre of gravity. Focus in the right direction will pay handsome dividends. Many in the political community, especially within the valley, emphatically insist that Kashmir is a political issue. Now is the time for these leaders to stand up and be counted. They need to reinforce their conviction with tangible action on ground. What remains to be seen is whether the political class will avail of this opportunity of fritter it away h as has been witnessed in the past.