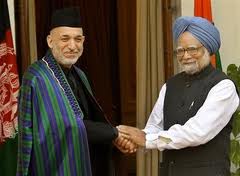 Prime Minister Manmohan Singh called for a thorough investigation into Laden’s presence for such a long time on the soil of Abbottabad, at a joint press conference that he addressed along with Afghan President Hamid Karzai in Kabul. When asked if India would adopt the type of operation that the US carried out to eliminate the al Qaeda chief, in order to get Pakistan based terrorists wanted by it, Singh began by saying “These are sensitive issues and we don’t discuss strategies on terror in press conferences.” He concluded his response by stating, “I would like to say India is not like the United States,” in a clear indication that he did not favour such an operation. With this statement the Prime Minister would have cemented the already firm belief in Pakistan that India is a soft State which can be exploited at will without any fear of repercussions. This is propels Pakistan’s terrorist misadventures into India, especially Kashmir.