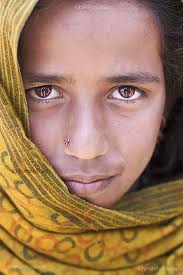 The magnificent Pir Panjal Range, lies south of the Himalayas and extends from Pakistan Occupied Kashmir through Jammu and Kashmir to Himachal Pradesh. The Northern slopes of this breathtaking range fall into the exquisite Kashmir Valley which is the ancient dwelling of the Kashmiri people, a cultured, secular civilization comprising of Pundits, Muslims (both Shia and Sunni) and Sikhs who lived in complete harmony till foreign sponsored terrorism wrecked their intrinsic social fabric. The southern slopes of the range fall into the Jammu region where the beautiful peaks and valleys are the abode of communities like the Gujjar/Bakarwals, the Pathowari speaking Muslims, Hindu Dogras and Sikhs who have coexisted peacefully for times immemorial.

The Pir Panjal range provides a historic connect to the two distinct people of the Kashmir Valley and the Jammu region, people who do not share a common cultural identity but are historically intertwined. This stately mountain has also been witness to the changing sands of time and has, in the recent few decades, witnessed unfortunate trials and tribulations forced upon innocent people by foreign sponsored terrorism and unrest.

Terrorism in Kashmir, the northern slope of the great Pir Panjal range, has captured the focus of the nation as well as the international community. The atrocities committed by the terrorists, the courageous effort of the people and the security forces to challenge this menace, the aspiration of the people to follow democratic norms, all this and much more has been scrupulously chronicled and commented upon all through the period of turmoil. Unfortunately, the region south of the Pir Panjal, which has also suffered similar atrocity, pain, deprivation and loss in the hands of terrorists and whose people have put up an equally brave fight has not received the attention that it merits. There is very little awareness about the plight of these people due to terrorism, even less about the fight that they have so courageously put up, in concert with the Army and with great loss to their lives and property. The general impression is that that terrorism was and continues to be confined to the Kashmir Valley and that the Jammu region is safe. There is also a misplaced belief that due to this problem only Kashmiri Pandits were forced to abandon their natural habitat.

Rubina Kooser, resident of village Ludkoti, District Rajouri, was abducted from her home by eight terrorists November, 21, 2005, forced to marry one of them, raped repeatedly and beaten brutally for one month till she managed to escape from the clutches of the her tormentors. Chandrakant, resident of village Mangnar, Tehsil Haveli, District Poonch, while working in Hotel Anand at Poonch, was killed by terrorists along with others in the said hotel on March, 14, 2003. Balkrishna, resident of Rajgadh, District Ramban, was among 32 persons attacked by the terrorists at Chapandi of which 26 were killed. He sustained gunshot injuries resulting in disability in his leg. Gulam Mohmad Bhat, resident of Gundana, District Doda, was killed by militants on May, 01, 1993, his house and house-hold goods were burnt.

The aforementioned incidents have been narrated from amongst innumerable others that give an insight into the magnitude of the suffering of the people due to terrorism. Though randomly picked, they go to prove that the region has been in the grip of terrorism since the last three decades, that terrorists have targeted the people regardless of their caste and religion and that the spread has enveloped that entire area from Poonch to Doda, on the southern slopes of the Pir Panjal.

During the course of this long and debilitating battle many families have been totally wiped out, many have lost their earning members, others have witnessed their property being pillaged and destroyed and a whole lot have been forced to migrate from their home and hearth. Migrants from Poonch, Doda, Rajouri and Udhampur continue to live under inhuman conditions and some families have been forced to sell their small children for survival. Miscreants have reportedly encroached upon and taken possession of lands and property of the people who have fled from these areas. The convenor of Tehreek-e-Insaf, a non government organisation working for these strife torn people, Dr Mumtaz Hussain Bukhari, says that hundreds of innocent women and girls were given maltreatment by terrorists and a majority of them are Muslims.

The losses suffered by the terrorism hit people of Kishtwar, Doda, Ramban, Reasi, Kathua, Rajouri and Poonch districts have been terrible and yet they have responded stoically to save what is theirs. The concept of Village Defence Committees where local civilians were trained by the Army in the use of arms and given the responsibility to guard their own villages originated in these regions only. Undeterred by this onslaught the people have firmly and proudly cast their lot with the India. Despite all this, Kashmir gets more attention mainly because the leadership of the State, whether separatist or mainstream, is predominantly Valley based.

With the summers setting in, political activity in the State is bound to gain momentum, the report of the interlocutors will come up for debate, various political organisations will resort to political posturing and show of strength through disruptions, Hartals and Bandhs etc. Pandering to a select elite that is guided primarily by motivated and vested interests will not accrue any benefit in the longer run. It will only create a feeling of isolation in a majority of the population which will, in turn, aggravate the problem rather than resolving it. The suffering, sacrifices and aspirations of all the people of the State have to be considered on an even scale. The centre should send out a clear message that it will be addressing the situation in its entirety and that it is sensitive to the predicament being faced by all the people of the State, especially south of the Pir Panjal.