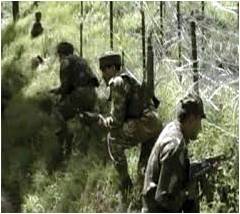 The beautiful valley of Kashmir and its courageous people have seen some very bad times; they faced the challenges with utmost resilience and emerged unvanquished. A concerted effort to intimidate them with terror, an assault on their culture and way of life,  an attempt to subjugate their spirit, all have come to naught. In the last few years, their intimidators have been forced to eat dust as the people demonstrated their faith in democracy and freedom.

What is disheartening, however, is that the problem does not seem to be anywhere near being rooted out. The moment one gets a feeling that normality has come to stay in the trouble torn region a spate of terrorist initiated violence dispels all happy thoughts.

A recent upsurge in terrorist activity has not been able to adversely affect the tourist season; it is, however, enough to compel a revisit to the security scenario prevalent in the valley. Incidents of ceasefire violation along the line of control have gained momentum. The brutal beheading of two soldiers of the Indian army in January this year was a high point in this regard. Sadly, the collective disgust demonstrated by the nation has not been able to subdue the evil intentions of neighbouring forces.

The execution of Afsal Guru on February, 09, 2013, on conviction by a special court for the December 2001 attack on the Indian Parliament, made it imperative for the terror masters across the border to activate their cadre in the Kashmir valley since an inability to react would have nailed the last coffin in their movement.

The terrorist cadre carried out some reorganisation, which took about a month of preparation, and then launched a series of attacks from March onwards. A BSF camp was stormed by terrorists on March, 13, in Bemina, Srinagar. Five troopers were killed and ten others injured. In the next attack a few days later, a civilian was killed and a policeman critically wounded when terrorists fired on a police patrol in Sopore. On April, 26, in a major ambush, terrorists killed four policemen again in Sopore. In the most recent incident, four army soldiers were killed on May, 24, in a gun battle with suspected Hizbul Mujahideen terrorists in Pulwama district. The list is by no means exhaustive. It is just an example of how things have and are taking shape.

The attacks took place after a long period of inactivity thus giving indication of a concerted attempt to resurrect the terrorist cadre. However, a stepped up vigil by the security forces did not allow the terrorists to extend themselves to more than a few incidents. The plan has not been allowed to gain momentum.

The melting of snow and opening of passes ushered the traditional period when infiltration gains momentum. Terrorist handlers across left no stone unturned in infiltration attempts; along with infiltration came the ceasefire violations. More than seven major attempts were reported during the month of May. These were spread out in a wide geographic area from the snow covered mountains and Machil in Kupwara district, Rajwar forest in Handwara, Nowgam sector in Baramulla, Mendhar, Poonch-Rajouri and down to the Ramgarh sector in Samba. Most of the attempts failed because the army was well prepared. They were not only unfruitful but also expensive in terms of human and equipment loss to the perpetrators. It is, however, believed that some terrorists have managed to infiltrate successfully. According to a multi-agency estimate, 40 people have attempted to infiltrate across the line of control so far in 2013, up from 17 in 2011 and 31 in 2012.

Despite strong protests by India post the beheading of the soldiers, ceasefire violations have not gone down. Just a few days back on May, 25, an army brigadier and two soldiers were injured when Pakistani troops opened fire in Tutmari Gali sector in Kashmir along the line of control. Indian Army sources have confirmed that there have been at least 24 cases of ceasefire violations from Pakistan in 2013 alone.

There are a few notables that emerge from the security scenario that has been witnessed in Jammu and Kashmir in the last few months. First, terrorist retain the ability to strike even in places close to Srinagar city and  do not hesitate from specific targeting of security force personnel. The valley can expect more such attempts as the tourist season peaks and the Shri Amarnathji pilgrimage gets underway. Second, not an iota of trust can be placed on the placatory sounds emanating from Pakistan about putting a lid on terrorist activity directed towards India. It would be best to hear what is being said and carry on with a highest level of vigil. When the new Pakistan government acts on its word, the effect will be visible on ground, till then, there is no point in getting too excited about the so called new dawn in Pakistan.

The silver lining is that the ability of the terrorists to strike is considerably reduced from the times when terrorism was at a peak. The cadre operating in Kashmir has not been able to deliver the resurrection of terrorism that their masters desired in the wake of the execution of Afsal Guru. The security forces have an upper hand morally, psychologically and militarily. Intelligence is flowing in, peoples support is forthcoming and as a result even well prepared terrorist operations are not succeeding. A word of caution over here; everything possible is being done by inimical forces to up the ante so far as terrorism is concerned. The flesh may have gone weak but the will is very much there. Therefore, there is no leverage available to lower the guard at this point in time.  Peace in Kashmir is so near and yet so far! Nevertheless, one has to look at the brighter side and gear up for the last push, however long and tedious it may be.