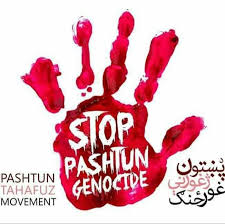 The people of Pakistan are looking for a game changer political leadership. It is so because, for too long now, the Pakistan Army has maintained proxy control over politicians and political parties. It has either ruled through dictatorships or by proxy, as it is doing presently by placing a pliable Imran Khan at the helm of the political spectrum. Such a situation is win-win for the Pakistan Army since it enjoys all authority without responsibility and without facing the flak.

Interestingly, resistance to the iron grip on the country by the Pakistan Army is coming from an unusual source. In remote, faraway Waziristan, a common citizen, Manzoor Pashteen, in 2018, started a rights based movement called the “Pashtun Tahafuz Movement (PTM).” PTM has a few demands, related mainly to alleviating the impoverished existence of the tribal belt. It wants an end to mining activity, discrimination, violence by militant groups and most significantly, a complete cap on the horrifying process of extrajudicial killings, enforced disappearances and unlawful detentions. It also wants the perpetrators of human rights violations to be tried under law within a truth and reconciliation framework. PTM has openly expressed reservation over the massive presence of the army in the area. According to Daud Khattak a reputed journalist, “A human rights movement from Waziristan is finally bringing the country together to challenge the brass.”

The Pakistan Army, ever conscious of its carefully cultivated and pristine image as the saviour of the nation, has attempted to nip the movement in the bud. It has exerted pressure on the PTM leadership and engineered a complete media ban on coverage to its proceedings. These attempts have failed due to resort to a massive social media information campaign by the activists of the movement.  Visuals of massive rallies and public functions are doing the rounds on multiple social media platforms and all information about the wrong doing by the Army is being shown.

The matter has reached a level where the Army has been compelled to hold a press conference at the General Headquarter, Rawalpindi, on 29 April. The presser was addressed by Major Gen. Asif Ghafoor, Director General of the Inter-Services Public Relations (DGISPR) of the Pakistan Army. The General rendered an address for about an hour, starting with the inevitable and elaborate exposition on relations with India. However, as the conference progressed it became obvious that it was the PTM and its activities which were the main topic for the day both for the army as well as the media.

In the course of the meeting Gen. Ghafoor accused PTM and its leadership of waging a “Hybrid War” against the state and receiving funding from Afghan and Indian intelligence agencies.  “But tell us how much money did you get from the NDS (Afghan National Directorate of Security) to run your campaign?” How much money did RAW give you for the first Dharna (sit-in) in Islamabad,” queried the DGISPR rather grandly.

In yet another faux pas’, while replying to a query on missing persons by a journalist Hamid Mir, he  admitted that there were many missing persons in the country, due to internal security operations conducted by the Army. “We also have affection for people of Pakistan but such things happen since everything is fair in love and war, Pakistan Army does not fight on the personal level, it does what is required to be done in national interest,” he said. In culmination, while speaking about PTM, he made a statement, “Their time is up,” which has elicited widespread disgust for its egoistic undertone and inherent viciousness.

His comments, especially on the missing persons, created a twitter storm. “The whole presser was horrendous. But this was the OMG moment. This confession will sink the military image. He is admitting to crime against humanity on television, OMG,” wrote well known journalist, Gul Bukhari, in a tweet after the press conference.

Gulali Ismail, a well known Human Rights Activist from Khyber Pakhtunkhwa tweeted, “I consider this Press Conference not an attack on PTM, but an attack on the Parliament of Pakistan, an attack on the Democracy of Pakistan and an attack on the Constitution of Pakistan #PTMZindabad.” In fact, there are thousands of tweets on the same line with #PTMZindabad which, by now, must be giving nightmares to the Pakistan Army. They are also generating debates on the role of social media across the country. It will not come as a surprise if the DGISPR is soon transferred from the post.

It is now apparent that the PTM and its leadership are not going to be cowed down by the usual pressure tactics of the Pakistan Army based on rising of anti-National, anti-Islam bogeys. These calls for accountability of the actions taken by the Army are going to increase and also envelope other trouble torn areas of the country like Balochistan and Pakistan Occupied Kashmir (POK).

The political leadership also needs to see the writing on the wall and try to change the narrative of Army control which has caused so much grief to the country. These leaders, while in opposition align with the true aspirations of the people, but change their ideology the moment some kind of support from the Army is forthcoming. Such weakness in the political system has been exploited by the Army all these years, but now the people are raising a voice against the same.

Politicians can survive only if they hold the pulse of the people, so now is the time for the Pakistani leadership to go with the desired change. This cycle of violence perpetrated by the Army and its proxies, the attendant human rights violations, the poverty and lack of empowerment cannot continue for too long now. The first casualty of the changing times will probably be Imran Kan, after which, the people will look for those leaders who have changed with times or will go for a new set of leaders altogether.