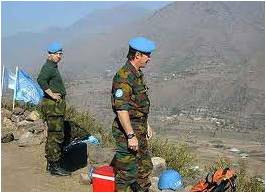 Every nation has its own set of idiosyncrasies, more so loud and messy democracies. India has more than its fair share of such eccentricities. In our great and burgeoning democracy, the media, especially the electronic section, laps up controversies like a cat takes to cream. Hours upon hours of valuable media time and space is dedicated to issues that make sensational copy regardless of their importance in the national scheme of things. One can learn to live with such mindless activity if it was not happening at a time when very critical matters that affect the security and good name of the nation seek the most urgent attention.

Few amongst our huge pool of intellectuals and media professionals seem to have realised that our biggest adversary, Pakistan, has recently been successful in staging one of the biggest media coups possible. Let us take our attention back to the gruesome murder of two of our soldiers by the Pakistani army on the line of control on January, 08, this year. As India rose in collective revulsion the Pakistani administration, supported by a well-oiled media machinery, got into action. Pakistani authorities instantly denied involvement of their troops in the heinous act and in the same breath asked for an independent third party investigation by the United Nations. “Pakistan is prepared to hold investigations through the United Nations Military Observer Group for India and Pakistan (UNMOGIP) on the recent ceasefire violations on the line of control,” said the foreign ministry in Islamabad.

A word about the UNMOGIP; this organisation came into existence between 1949 and 1951 to maintain sanctity of the ceasefire line drawn between Indian and Pakistan after the War of 1947-48. Intellectuals look upon this is one of the many headaches created by our first Prime Minister, Jawahar Lal Nehru, due to his penchant for the United Nations. India got an opportunity to get rid of this headache through the Shimla accord signed after the Indo-Pakistan War of 1971 when the ceasefire lines was converted into a line of control. Logic dictated that since the ceasefire line for which UNMOGIP was instituted had become redundant so had the organisation. Also the accord stipulated resolution of border disputes bilaterally between the two nations thus negating any role of the United Nations.

Pakistan nevertheless had in mind a different game plan; it wanted the organisation to remain so that it could be exploited as and when required. India played in the hands of Pakistan and UNMOGIP continued to function from 1/AB, Purana Qila Road, Connaught Place, Delhi – 110001 with a budget running into a few million dollars and a United Nations staff of 39 military and 25 civilian officials. India has, since long, ceased to give to the UNMOGIP any report or data but Pakistan does so assiduously.

The barbaric murder and beheading of the two Indian soldiers now comes out clearly as a part of the larger Pakistani plan to leverage the United Nations to discredit India in international circles. By demanding a probe into the incident by UNMOGIP, Pakistan first reestablished the credentials of the wholly redundant organization; in the next step Pakistan leaked out some of the reports that it has been sending to the organisation to insinuate that the Indian army has beheaded about a dozen Pakistani soldiers along the line of control in the last decade or so. A few Indian newspapers, for reasons best known to them, carried these leaks as investigative stories thus giving credence to the same.

So what has Pakistan achieved in the one month since January, 08, 2013? First, a huge dent on the morale of Indian troops on the line of control by the inhuman killing of two soldiers; second, revival of a redundant organisation like UNMOGIP that should have been thrown out from India many decades ago; third, creation of a perception in international circles that it is India and not Pakistan which is a bigger perpetrator of heinous crimes like beheading and mutilation of soldiers. As an end result, Pakistan has prevailed upon the United Nations to acknowledge the danger posed in the region by India. Now any retaliatory or even defensive act by India will be subject to international scrutiny and debate. All this has been done with meticulous planning, extraordinary timing, thorough coordination and clever leveraging of media; this is psychological operations at their best.

The Indian defence establishment is quite alive to what is happening. A press release by the public relations officer of ministry defence strongly refuted the media reports based on the UNMOGIP records; this has been followed by a statement by the Union Defense Minister which rejected as “totally baseless” the Pakistani claim that its troops had also been beheaded by Indian soldiers. Sadly, the Indian electronic media, with its morality brigade in tow, has been quite busy with a hapless film producer, an all girls band and a writer past his prime looking for a place under the sun by making a few sensational statements. It has no time for such grave and boring topics. As a result, the necessary debate to counter Pakistani propaganda has not been generated and the whole thing has culminated as advantage Pakistan.

This is definitely not the manner in which India should be dealing with an adversary as devious as Pakistan. We need to get our act together and play the psychological game to the hilt. Why has India not used the UNMOGIP in exposing the brutality of the Pakistan Army in Pakistan Occupied Kashmir and Gilgit-Baltistan? Surely it should be made to apply itself in this regard instead of sitting in a tony address in New Delhi and compiling one sided reports. Psychological operations require strenuous application and a strong will that definitely does not seem to be the forte of the Indian government, Indian opinion making lobbies and Indian media much used to the air conditioned and sanitised environment of New Delhi. Who would go through all the trouble and for heaven’s sake why?