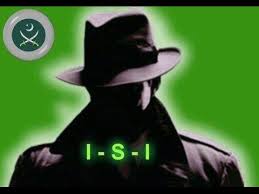 Pakistan is eliciting a renewed, more inimical and more negative interest the affairs of Kashmir of late. There have been a series of incidents in the last couple of months starting with the killing of Indian soldiers in Poonch sector, followed by the attacks on Sanjuwan in Jammu region and Karan Nagar in Kashmir. These incidents have clearly established the determination of the country to keep stoking turmoil in the state.

At this point in time, when Indo-Pakistan relations are at their lowest ebb, it would be interesting to trace the times when the situation took a turn for the better.

Hit by an active war on the western front involving the Taliban and associated militants and also pressure from the US to support its operations in Afghanistan, Pervez Musharraf, then President of Pakistan, was left with no option but to look for a sort of truce on the eastern border with India. The Musharraf era did witness waning of Pakistan’s interest and influence in J&K.

The ceasefire agreement of 2003 was implemented in letter and spirit with only sporadic incidents of firing coming by for many years. There was also a perceptible decline in terrorism related violence in J&K. More importantly, Musharraf advised the Hurriyat leadership to take into account the changed regional and global environment and scale down its anti-India operations in Kashmir.

Later, Pakistan President Asif Ali Zardari also towed the same line when he mentioned that the Kashmir dispute should be put on the back burner.

This was the period when the separatist elements operating in Jammu and Kashmir were absolutely crestfallen and thoroughly disappointed. The Hurriyat has still not got over the loss of political support that it faced from 2004 to 2008.

The unfortunate, but lethal terrorist attack in Mumbai in 2008 reversed the Indo-Pakistan peace process. It resulted in enormous international pressure on Pakistan, as  a result of which, there was an unofficial control over the activities of militant groups like the Lashkar-e-Toiba (LeT). Quite obviously, the war mongering Army-ISI-militant combine could not sit and watch the politicians and diplomats ruining their well laid out terror machinery in Jammu and Kashmir. This led to a significant rejuvenation and consolidation phase for militant Tanzeems directed against India.

The turning point for Pakistan came in the wake of the Shri Amarnath agitation in which the Kashmiri youth were in the forefront of perpetrating violence. Neither the separatist leaders nor Pakistan designed this youth unrest. In fact, it caught them by surprise.

It was then that the separatists and Pakistan’s Kashmir strategists started re-positioning themselves to the changed situation. What followed was a spate of demonstrations, processions and meetings in Pakistan engineered openly by terrorist organisations, in which there was a repeated emphasis on Jihad as the only option to resolve Kashmir.

Besides the meetings and demonstrations that formed the political response to the changing situation, there was also an increase in the shrill rhetoric on Kashmir as adopted traditionally by the Pakistani media, especially the Urdu press. There were numerous editorials and articles lashing India and its security forces and accusing them of committing atrocities against the Kashmiris, while comparing the violence in Kashmir to the intifada in Palestine,.

A second phase of peace came by from 2012 to 2014; sadly, this also provided a consolidation period for the Pakistani establishment. It collected its strength and waited for the right opportunity to strike.

The swearing in of the PDP-BJP alliance brought in its wake a trust deficit among some segments of the valley which was exploited, once again, by putting the youth in the forefront of stone pelting. The resultant turmoil acted as a catalyst for an increase in terrorist activity and a perceptive increase in cease-fire violations and infiltration bids.

The consequences of this strategy would have been of great advantage to Pakistan had not the Indian army responded wonderfully well in curbing infiltration and also checking terrorism in the Kashmir valley. Instead of going on the back foot, the Indian army intensified counter-terrorist operations to an extent that more than 200 terrorists were killed in 2017. The pressure continues with great success.

Pakistan has also thrived on use of international forums to seek intervention in the so-called Kashmir dispute. With US having taken a virtual U-turn and much of the Islamic Middle East having lost interest, the country would have been in dire diplomatic straits had not China moved in to cover the lost ground. China was earlier a silent spectator insisting on Kashmir remaining a bilateral issue. The country has, in recent times, considerably changed its posture, mainly due to its investments in the China Pakistan Economic Corridor (CPEC). Thus, what Pakistan has lost from the US it has gained in a larger manner from China.

While there may be anti-India sentiment within a miniscule segment of the Kashmiri society, there is not much love for Pakistan either! Ever since the emergence of Pan Islamic ideology, many in Kashmir consider Pakistan as opportunistic and not genuinely interested in Kashmir’s future. Besides, Pakistan’s failing status in the world is known to all. Kashmiri youth do not want to emulate Pakistan as is quite evident on the social media. This is something that the feudal, egoistic leadership of the country simply fails to understand.

So far as India is concerned, the brief interludes of peace were, sadly, not used by the government to accelerate the political process. Engagement with fringe groups was lackadaisical, offering job opportunities to the youth did not gain the desired momentum and the people were not made party to the dividends of peace.

Pakistan is once again under international pressure to curb terror activities from its soil. Even Chine would like to see peace prevailing to secure its massive investment. The terror machinery in Jammu and Kashmir is gasping for breath. There is a glimmer of peace reemerging from the cycle of violence.

(Farooq Wani is a senior Journalist and Commentator)