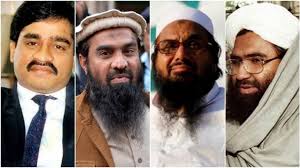 Advocacy of human rights with a carefully cultivated “holier than thou” persona has become the focus for Prime Minister Imran Khan. Amidst ranting of a nuclear holocaust his heart bleeds constantly for the “atrocities being committed by the Fascist Indian state” on the people of Kashmir.

While the world has refused to take his ranting seriously, what is becoming more apparent is his hide and seek game with the international community as far as Mumbai terror attack mastermind and Jammat-ud-Dawah chief Hafiz Saeed is concerned. Within a month of Counter Terrorism Department (CTD) arresting Saeed in connection with a terrorism financing case on July, 17 this year, Pakistani authorities swiftly moved the United Nations to allow him to use his bank account for his family’s “basic monthly expenses.” It is baffling to figure out the purpose behind Pakistan writing a letter to the United Nations Security Council which, quite appallingly, approved its request as no objections were raised by member countries by the deadline of August 15.

Nevertheless, Pakistan has scored a self goal by approaching the United Nations in a blatant show of its apathy for a terrorist. The recent development has not only left its foreign policy mandarins shamefaced, but also exposed their shady character.

This comes at a time when Prime Minister Imran Khan is beseeching the international community against possible blacklisting of his almost bankrupt country by the inter-governmental Financial Action Task Force (FATF). Pakistan, has been placed on the grey list of countries whose domestic laws are considered weak to tackle challenges of money laundering and terrorism financing and has time till mid this month to get the decision revoked. The Paris-based body is holding its week-long plenary meeting from October, 13 when Pakistan’s fate will be sealed. Pakistan, which has been reeling under double-digit inflation, high interest rates and massive discontentment as unemployment rises, will be dealt a major body blow if it is blacklisted by FATF.

It should be recalled that the Asia Pacific Group (APG) under the Financial Action Task Force (FATF) during its meeting in Bangkok last month had placed Pakistan in the Enhanced Expedited Follow-Up List (Blacklist) for its failure to meet 21 of the 27 action parameters. Out of 118 UN- designated terrorists, Pakistan could show action against only five, including Hafiz Saeed. The agency noted that no demonstrable action could be shown against individuals like Masood Azhar, Rauf Azhar and Zakiur Rehman Lakhvi or groups such as Lashkar-e-Taiba, Jaish-e-Mohammed, Falah-e-Insaniat, Haqqani network or Daesh (Islamic State).

Last year also, Pakistan had made a mockery of its so-called avowed commitment to the implementation of the United Nations Security Council 1267 sanctions regime on terrorists when it freed Saeed from the purported “house arrest” with the lame excuse that the Lahore court did not merit his detention. If that was not enough, Pakistan allowed Saeed to open the first office of his political group Milli Muslim League (MML) in Lahore.

What makes Saeed such a formidable force that Pakistan wants to protect the UN-designated terrorist, who carries a $10 million American bounty on his head for terror activities? Saeed is an important asset for Pakistani establishment which uses his influence to carry out terror activities in Kashmir and elsewhere. Whilst LeT remains banned in Pakistan, the political arm of the group, Jamat-ud-Dawah (JuD) continues to function unhindered.

Saeed enjoys the support of the powerful army and ISI as well. In fact, Pakistan Army chief Gen Qamar Javed Bajwa had come in full support of him when he appeared before a parliament forum last year and said that Saeed, like every other Pakistani, had the right to raise the Kashmir issue.

Approaching the UN Security Council is nothing but a false show by Pakistan that it has choked all funds to Saeed who desperately needed money to meet his expenses. In the letter, Pakistan has described Saeed, a designated global terrorist, as an assistant professor of engineering and technology in Lahore. In its overzealousness in garnering support for Saeed, Pakistani foreign ministry officials convincingly forgot that the establishment had only a few months ago arrested him on charges of terror financing. The latest development is another concrete proof of the deepening nexus between the establishment and the terrorists and terrorist organizations in Pakistan.

Pakistan’s steadfast support to terrorists like Saeed and his ilk, that too when the FATF meet is scheduled next month, is something hard to digest. Either it is not aware of the impending dangers or it is confident that it will manage to extricate itself out of the mess. In the event of Pakistan being downgraded further and blacklisted by FATF, not only will it lose its power to approach major international banks for loans, no country or institution will be permitted to invest in the country. Can Pakistan afford this? In the 36-member FATF, Pakistan needs at least 15 votes to escape the humiliation and getting blacklisted, which looks highly unlikely.

It is high time the global community sees through the shenanigans of Pakistan whose Prime Minister Imran Khan has proudly claimed to be hosting 30,000 to 40,000 terrorists and threatening nuclear war with India. Khan also boasted that “40 different militant groups” were operating from Pakistan. What more evidence does the international community need when an elected prime minister of Pakistan himself claims that his country is the hub of terrorists!  The world’s major powers have time and again failed to practice what they preach in the so-called war against terrorism. The problem is every country looks at terrorism through its only prism. For example, Iran is a ‘number one nation of terror’ according to President Donald Trump who carefully avoids a question on Pakistan as a terrorist country.

One is left with a feeling that some powerful countries don’t really want an end to terrorism!  Until and unless the world comes round the view that terrorism offers the biggest challenge to the mankind and requires concerted action, the war against terrorism is not going to succeed.