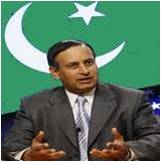 There can be no smoke without fire; whatever may be said or implied, there has to be some credibility in the controversy involving Pakistan Ambassador to the US, Hussain Haqqani’s, offer to resign over the “memo controversy” . It is being said that on May, 09, a week after US commandos killed Osama bin Laden in a Pakistani garrison town, Hussain sent a memo to Admiral Mike Mullen, two-term chairman of the joints chiefs of staff in the US, to pass a message from President Asif Ali Zardari to the US asking for help to curb the Army from staging a coup against his government. The memo reportedly offered to curb support to militants from Pakistan’s Inter services Intelligence (ISI), in exchange for American assistance. Zardari was reportedly worried that the US raid had so humiliated his government that the military may stage a coup.

The memo has, of course, been denied and the coloumn in the Financial Times where this story was first carried has been termed as a “total fabrication”. However, Admiral Mullen’s secretariat has confirmed receipt of the memo but added that the same was not considered to be credible and hence no action was taken. Now Haqqani has offered to resign.

All of this reeks of controversy. There seems to be no logical reason for Zardari to have felt threatened by the Army at that point in time. The Army was already on the back foot due to the Osama raid followed by an even more humiliating terror strike on the PNS Mehran and the disappearance and murder of the journalist, Saleem Shahzad, said to be the handiwork of the ISI. These incidents had considerably raised public ire against the Army and the Generals were clearly on the back foot, public opinion-wise. In fact, this was the time when everyone

interested in righting the civil-military imbalance was lambasting the Pakistan government for not taking advantage of this once in a life time opportunity. Pakistani politicians are not naïve; probably there was some reason due to which they did not move in for the kill. .

Notwithstanding diplomatic shenanigans, court intrigues, meetings, interactions and public statements, it seems that a status quo is being maintained insofar as operations are concerned. The Taliban attacked a military convoy in Pakistan’s northwestern tribal belt on Saturday, November, 12, killing five soldiers and wounding three others. The convoy came under attack near Razmak town, about 50 km South of Miranshah, the main town in the North Waziristan tribal district along the Afghan border. The militants were armed with rockets, grenades and automatic weapons. Not to be left behind, the US, in a drone attack on Thursday, November, 17, fired four missiles at a house near the Afghan border, killing seven people alleged to be militants. The strike also occurred in the Ramzak area of the North Waziristan tribal region, which is considered by the US to be the main sanctuary for al-Qaeda and Taliban militants in Pakistan and has been repeatedly hit by drone strikes.

It is common knowledge that Islamabad insists upon operation in North Waziristan to be of Pakistan’s choosing. Despite a warning by none other than the all powerful Army Chief General Ashfaq Pervez Kiyani, the US had not relented from attacking targets deep into Pakistani territory. One wonders as to what has happened to General Kiyani’s bravado and threats to the US as conveyed in a 14 page letter addressed to President Obama himself. The letter had asked the US to cease missile attacks into Pakistani territory or get ready to face reprisals.

Pakistani politics are difficult to understand under the best of circumstances given the vast array of power centre’s which are always seen as going in different directions. However, deep within, there seems to be a clear understanding on the way ahead. This could possibly be the reason that ground realities witness a status quo while the postures and statement keep changing. Pakistan is giving US all assistance to wrap up its presence in Afghanistan without losing face. To do so, it is allowing the pressure against the Taliban in the Af-Pak battlefield to be maintained while making noises about not allowing its sovereignty to be played around with. Pakistan will benefit from this strategy by being well placed when the bubble of the global war against terror finally bursts. It will be able to say that it did not relent to the mighty US.

In case Haqqani’s resignation is accepted more uncertainty will be created in the already troubled relationship between the US and Pakistan and more skeletons will fall out of the closet. It is time for India to take advantage of the emerging situation to expose Pakistan’s doublespeak and US complicity. After all, the imminent US exit is going to cause turbulence in India’s immediate neighbourhood which will, in turn, put severe pressure on the already fragile security situation.

The Haqqani incident and continued attacks in the Af-Pak border indicate that the US is aware of political turbulence in Pakistan. Why then is US military aid to Pakistan not being stalled altogether? Why can the US not break links with Pakistan and resort to aerial logistics for its forces for the remainder period of its presence in Afghanistan? This would not be as expensive as it is made out to be but it will certainly put an end to Pakistan’s double game. By not taking a firm and righteous stand, the US is giving an impression that it will continue to engage with the imbalanced and volatile Pakistan even after withdrawing from Afghanistan. This tacit protection to a region which is known to be the fountainhead of fundamentalism is not in India’s favour. It is time for India to, once again, pose some hard and pertinent questions to the US.