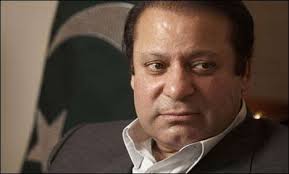 “Pakistan cannot kill its way to victory. And conversely, there is hardly any guarantee that peace talks would succeed.” Chilling words used by a Pakistani columnist Saim Saeed in his column, “Taliban talks are a complex, long-term process,” published in a prominent English newspaper of Pakistan – The Express Tribune.

The comment was made in the context of the latest initiative by the Nawaz Sharif led government of Pakistan to resurrect talks with Tehrik-e-Taliban Pakistan (TTP) by involving Maulana Samiul Haq as an mediator. A word about the Maulana – he is currently the Chancellor of a Deobandi Islamic Madarsa (seminary) – Darul Uloom Haqqania and Chairman of the Difa-e-Pakistan Council (DPC). The seminary is widely acknowledged to have provided the foundation to the Taliban movement; the DPC is an umbrella coalition of more than 40 political and religious organisations based in Pakistan. The binding factor of these organisations is fundamentalist ideologies and anti India, anti- US and anti-Israel postures.

It may be recalled that during elections in Pakistan both Nawaz and Imran Khan were very vocal about extending the olive branch to the TTP. This posture was the major reason for their victory against the PPP which is a declared enemy of the TTP. The mandate was officially vindicated in an All-Parties Conference in September, 2013, that unanimously adopted a resolution for the government to pursue a negotiated settlement with the TTP.

The situation on ground, however, was complicated due to the killing of TTP leader, Hakimullah Mehsud, in a US initiated drone attack at a time when he was getting ready to open dialogue with the government. Nawaz now needs to take urgent steps to placate the TTP, furious at the death of its beloved leader in a manner that it considers to be a breach of trust. Matters have not improved with the appointment of the more radical Afghan origin Mullah Fazlullah as the leader of the TTP to replace Hakimullah Mehsud. Fazlullah put his seal on all predictions by affirming that the TTP is not interested in having peace talks.

Evidently, Nawaz is walking a tight rope in his balancing act to veer the combative TTP towards his electoral promise of negotiating a peaceful settlement and has approached Maulana Samiul Haq to “break the ice”. The exact timing of this initiative has been dictated by the appointment of General Raheel Sharif as Army Chief. He is more acceptable to the TTP than the second and senior contender, General Haroon Aslam, who had overseen some destructive operations against the TTP in Swat. Thus, even the selection of the Army Chief is, in some way, connected to the wishes of the TTP. There is a catch her – the Maulana is known as the “father of Taliban”; a father will not go against the interest of his own flock, so whatever “ice-breaking” comes by will be more in the interest of the Taliban than the government of Pakistan.

It is also important to understand the activities of the good Maulana in his “Avatar” as chairman of the DPC. On December, 01, DPC held a rally in Lahore to protest against drone attacks. Apart from Samiul Haq, notable speakers in the rally included Hafiz Saeed, an internationally wanted terrorist and India baiter and Hamid Gul, the infamous ex-ISI chief who is now the coordinator of all terrorist activity directed towards India. It so turned out in the rally that drone attacks were put on the back burner and anti-India sentiment took centre stage. It can, therefore, be said with considerable authority that the Maulana and his associates will insist on continuation of the terror activity against India and the government of Pakistan will have no option but to relent.

It does not take rocket science to understand the multifarious role that Nawaz Sharif has in mind for Maulana Samiul Haq in his evolving policy for tackling the TTP and the Kashmir dispute in the long term. On the one hand he wishes to keep the bogey of talks with the TTP alive for the sake of his domestic political compulsions and for the consumption of his global benefactors. On the other hand he wishes to work out things in a manner where this potent force can be directed towards Kashmir at an appropriate time, preferably before the Parliamentary and State Assembly elections in India due in 2014.

Samiul Haq, on his part, has lost no time is making it clear as to who is the boss. He has demanded withdrawal by the government from the war against terror and instant cessation of information sharing with the US over drone attacks. He has “directed” the government to avoid any delaying tactics or remain prepared for his backing out from the deal. All this has been said in front of the media in a manner that would embarrass the government one way or the other. The opposition has also gone on the offensive with the PPP chief, Bilawal Bhutto Zardari, publicly going against the militants in a clear departure from consensus for talks achieved in the All-parties Conference.

The plan laid out by Nawaz would have been flawless if it were not so ambitious!! Now the question that arises is whether Nawaz is using Samiul Haq or is it the other way round! Samiul Haq along with the TTP seem to be getting Nawaz and his government in their control. Having realized its error the government is already into damage control mode. On a question regarding Prime Minister Nawaz Sharif asking Maulana Samiul Haq to represent the government during talks with Taliban insurgents, the Interior Minister of Pakistan Chaudhary Nisar stated that the government has not authorized any individual for such a position. So we are back to a situation where the Pakistan policy on terror is neither here nor there, much to the detriment of security in the sub-continent.