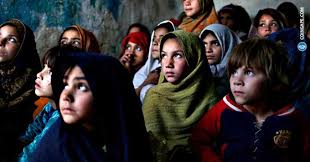 Pakistan has been touted as a failed state on the brink of collapse for a long time now.  However, it has pulled along and is still minimally functioning. Politics, howsoever low, are still surviving; bureaucracy continues to exist and the tottering economy is not falling into the predicted abyss. And, of course, there is the very powerful Army with an equally powerful narrative of “threat from India” that continues to act as a catalyst to keep the country together.

Pakistan is a violent society, though not as anarchic and savage as certain parts of the world. With the kind of reputation it has carved for itself, it does not have any international pressure of expectations with respect to its behaviour. In his book, Peter Tomsen, an American official who served in Afghanistan, puts the blame for everything that has happened over the last 30 years in Afghanistan on Pakistan.  Yet, what is happening in this deep state does not seem to be a matter of concern to the international community till, of course,  it does something that threatens global  stability.  It exists next to Afghanistan and has been extensively used by America in the past, yet it does not matter to America what Pakistan turns into.

A takeover of Pakistan by fundamentalists is something that is causing great worry to the international community and India in particular. There are many power centers in Pakistan itself that are worried about this possibility. As long as the writ of Pakistan Army was intact in Pakistan, such a possibility was ruled out. Now, such scenarios have emerged where the possibility of divides within the Army and its eventual taking over by Islamists cannot be ruled out. The blatant fudging of elections in favour of PTI, Azadi (Freedom) march led by Fazlur Rahman, Supreme Court intervention against the extension of tenure of the Army Chief, General Qamar Bajwa, are some events indicating that all is not well for the Army. Fissures within the establishment are also visible after the extension given to Gen. Bajwa since many careers have been destroyed by the development.

The Supreme Court verdict to hang General Parvez Musharraf is the latest and most serious dent to the prestige of the Army that has grown to enjoy all powers on its reputation of being clean and nationalist.  There cannot be a greater humiliation for the officer class of the Army, particularly when it has donned the mantle of being “holier than thou.”  If the triggers are not managed well and there is no leadership left, the country may plunge into ethnic, ethno-religious and tribal turbulence.

A situation of virtual anarchy will not augur well for India or US since it opens up the possibility of nuclear weapons going to unsafe hands of the terrorists and militant warlords, elements of Army not under centralised control resorting to a misadventure, and Pakistani territory turning into a bigger safe havens for terrorists.  Though, such a state will not be allowed to come by it is not something that can be ruled out. It would, therefore, be best to control it at the very outset.

So what is the way out for Pakistan at this critical juncture? There is a ray of hope that can be leveraged. Firstly, it can be well accepted that the Pakistan economy will absorb the current shocks, probably China, Saudi Arabia and Turkey will chip in and give a little more breathing space till such time that the US relents, given the lip service already made by Pakistan in recent past and some more visible actions. Secondly, Financial Action Task Force (FATF) that has been breathing down the neck of Pakistan may not press into action anytime soon. The review of FATF due in February, may just allow Pakistan to remain in Grey List, which Pakistan has learnt to live with.

The most serious issue is to prevent anarchy and disintegration of Army and that depends on a number of factors. The Government of Pakistan has already made public its intention to get required legislation passed to regularise the extension given to Gen. Bajwa. This could compel the more ambitious Generals to settle down to the status quo.  The Musharraf verdict is the bigger problem. Pakistan cannot afford to let down its judiciary, the only one that has stood the wrath of Army. Fortunately for the Army, the verdict can be diluted through reviews and mercy petitions. In any case, Musharraf is out of country and may be allowed to survive as long as he does.

This way, Army would retain some virtual pride of ruling the roost.

With the environment being unstable, the people are looking for a change and the change may well result in the Pakistan Prime Minister, Imran Khan, stepping down. He may well become the scapegoat in this unfolding situation. He will possibly be given a choice to honourably exist and pave the way for fresh elections. A politician with greater international, regional and local acceptability could assume the charge. He can then assuage the sentiments within the US power house and seek some breathing space against drone attacks and physical action of US troops in the areas onto Pakistani side of Pakistan – Afghanistan border.

The need of the hour is for powers like the US, Russia and China, that wield influence on Pakistan, ensuring that the situation in Pakistan does not deteriorate any further and more particularly that positive control over the nuclear arsenals is maintained under the supervision of International Atomic Energy Association (IAEA). In case anarchy and disintegration of Pakistani Armed Forces becomes inevitable, the nuclear assets should not be allowed to fall into the hands of undesirable elements. The fast deteriorating conditions in Pakistan need to be managed directly or indirectly.  An intervention by the international community, therefore, has now become a necessity in the interest of global peace and regional stability.

(Mehtab is a US based analyst and columnist)