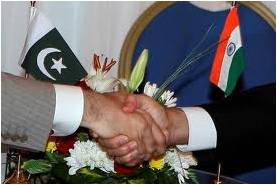 Pakistan is going through economic hardship of critical dimensions, to an extent that economic woes may l well lead to disintegration of the nation. The economic indicators are sliding and the resultant socio-economic impact is there for all to see; sadly, things are expected to get worse with time. Dependence of Pakistan on foreign aid is increasing by the day and to expect that the economy will bounce back on its own amounts to wishful thinking. Under these circumstances dynamic internal reforms bolstered by objective assistance from the global community is the only possible recipe to save the country from economic strangulation.

Sixty years back, India and Pakistan were a part of the same economy. There was geographical homogeneity between the two nations and therefore economic homogeneity. The division of India divided the economy also. In the last sixty years any kind of local economic relationship between the two countries has failed to connect. The impact does not end locally; creation of Pakistan severed all historical ties between India and central Asia; as a result, a region with which India had traded for millenniums is no more accessible except by air. Similarly, Pakistan has lost out on access to Indian products which were freely available earlier. In the last year or so some movement has been made in this regard; some business has been conducted through Wagah border with a new cargo gate having been opened at the entry point recently. Unfortunately, a large number of big ticket items to be exported through this point have not been accorded approval by the government of Pakistan even as the same items of Indian make and origin are being imported by Pakistan from Dubai. There are many such anomalies which Pakistan has allowed in order to discourage trade with India.

What is the reason behind this resistance to trade with India? After all, India and China also have issues as neighbours but these are not coming in the way of improving bilateral trade, so why not Pakistan? In this regard one cannot help but point a finger towards the extremist elements whose considerable say in the affairs of the Pakistan is directed towards discouraging trade with India. In this they have ample support from the Pakistan army. In fact, one would not be very wrong in suggesting that the Pakistan army is using extremists to further its policy of restricting trade with India. The reason, of course, is to ensure that the carefully crafted image of India being an untrustworthy nation of “Baniyas” (Traders) is not dented. To keep its relevance in the polity of Pakistan, its army has created an image of the Hindu monster, which needs to be checked by force. Therein lies the rationale of maintaining such a large army by so poor a nation. Pakistan army, under no circumstances, can allow this image to be weakened.

This, however, is not the only reason for Pakistan’s lethargy in opening its economy for India. Pakistan’s manufacturer and landed gentry is also not favour of opening the market to Indian products. They fear that their products will lose market space in an open competition since Indian goods are not only of better quality but also cheaper. The fear is not totally wrong, this does happen when a larger economy infiltrates into a smaller one. But what the elite of Pakistan has failed to understand is that larger economies also open markets for goods and products of smaller economies. Some industry might get closed but the market will open for other enterprises and industries also. Growth always requires some old guard to perish but new and invigorated options invariably take their space, what is required is competitive business dynamism which the elite of Pakistan is not ready to generate.

There is another catch in the denial regime – China, a perennial elephant in the room when it comes to Indo-Pakistan trade ties. China does not want to see the two countries build close trade ties due to very obvious reasons; Chinese goods have flooded Pakistan’s markets and are killing its manufacturing sector. The worst part is that Pakistan is giving huge concessions to China in terms of taxes and still getting bad quality products. This is just to get its military and strategic support. What Pakistan is not realizing is that this is a bad bargain.

The larger good of the nation should be paramount over the interest and insecurities of the inefficient people looking for a status – quo. It is in the interest of both India and Pakistan to see the economic benefit of opening up the economy to bilateral trade. Take for example Pakistan’s railways which are in shambles and almost at the verge of shut down. There are two reasons for it, short supply of fuel and availability of engines and bogeys. India has huge surplus capacity in refining from where fuel is exported to many countries including Iran. If India sells the refined petroleum to Pakistan it can ease out Pakistan railway’s fuel shortages. Further, Indian coach and locomotive factories which have the capacity of surplus production can also produce and repair engines and bogeys for Pakistan railways. This very obvious and logical option can provide to the people of Pakistan mass transport facility and thus assist in taking the country back on to the development map. India similarly can provide help in many sectors and can reduce Pakistan’s import bill as Indian products are far cheaper than foreign products.

A failed economy would be a major reason behind the imminent disaster of Pakistan being splintered. India can help Pakistan tide over this criticality; the resultant build up of trust will ease out many other issues like extremism, political brinkmanship etc. It is time for Pakistan to take India’s extended hand to pave the way for a better future.