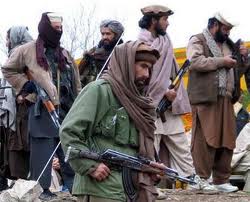 A Pakistani newspaper, The Express Tribune, in an article dated June, 30, 2011 and titled, ‘Leave Kashmir alone and focus on internal problems: Manmohan tells Pakistan” has stated that the, “Indian Prime Minister Manmohan Singh expressed hope that Pakistan will “leave Kashmir alone”, as it has its own share of internal problems to deal with”. The newspaper purports that the Prime Minister made this statement during his interaction with selected five editors of Indian newspapers on Wednesday, June, 29. This comment has been carried by a large number of Pakistan newspapers and websites but it has not been covered by the Indian media.

Notwithstanding the dubious authenticity of the comment, it has managed to create quite a flutter in Pakistan. The social networking website “Facebook” is full of hate mail against the Prime Minister. Most of the comments are unmentionable personalised attacks, but two slightly decent ones are being quoted to give an insight into the thought process of the younger Facebook savvy population of the country. A comment by some Umair Safdar says “Kashmir aik jannat hai aaj tak jannat na kisi kafir ko mili hai na millay ge…kashmir banay ga pakistan…. (Kashmir is a heaven and heaven never has and never will be granted to an infidel, Kashmir will become Pakistan), in yet another comment one Marina Mengal says “ Isse yeh saabit hota hai India ki kamzoori hai Kashmir, aur humara tu maqsad hee Kashmir ko haasil karna hai” (This proves that India’s weakness is Kashmir and our objective is only to get Kashmir)

The purported comment has also been subject to a number of chat shows in Pakistani Television channels. A chat show on the Pakistan based Dunya Channel gave credence to a view that a large number of Pakistanis are now blaming their government for going soft on the issue of Kashmir. The speakers highlighted the inability of the government to respond proactively during the turmoil that faced Jammu and Kashmir in the aftermath of the Shri Amarnathji Shrine controversy in 2008 and once again during the agitations that rocked the Kashmir valley in the summers of 2009 and 2010. The panelists also stated that the Pakistani government is no longer in a position to garner international support for the Kashmiri cause and that most of the western countries are no longer interested in the so called Kashmir problem.

Yet another speaker attributed that purported comment by the Indian Prime Minister to the weakness of the Pakistani Army. He felt that since the Pakistani Army itself is acknowledging its inability to match up to India’s strength, the Indian leadership has every reason to make such comments. The speaker went on to roundly castigate the government and the Army for their inability to contain the flow of terrorism in the country.

This debate generated in Pakistan, calls for a detailed analysis. First and foremost is the very critical issue of the level of anti-India indoctrination that the young Facebook savvy generation of the country has been subjected to. This generation would not be very clear about what the Kashmir question entails but it obviously has a very emotional viewpoint on the subject. More serious is the feeling of hatred that it harbours for a neighbouring country which has, despite great military power, never shown any expansionist designs against their nation. The hatred simply cannot stand scrutiny of logic except when seen as the result of a well thought out propaganda. Whatever the reason, a young generation that thrives on hatred can never be progressive and will always be a source of danger in the Sub-continental environment.

The second derivative is that the Pakistani leadership is, in itself, fraught with contradictions with respect to the Kashmir issue and it no longer has a coherent policy on the subject. This could be the reason behind the acrimonious blame game that the leaders of Pakistan are now indulging in. Yet another reason could be that the leadership now realises that Kashmir is a lost cause and is working towards emerging from the mess with unsoiled hands.

There is a lot of merit in the perception that the western nations are no longer interested in Kashmir. This is because the international community has realised the genuine aspirations of the Kashmiri people to continue being a part of the democratic and free Indian Union. The massive turnout in the recently held Panchayat elections, the huge tourist influx which crossed all expectation to touch the three lakh mark in the month of May, the smooth conduct of the Amarnath Yatra, the good governance that the State government is seen to be providing and the containment of foreign sponsored terrorism that the security forces have achieved after relentless effort are indicators enough to reinforce this opinion. The writing on the wall is that the Kashmiri’s have rooted for democracy, peace, progress and prosperity within the ambit of the Indian state.

The fear that the Pakistani Army is generating with respect to a threat from a mightier India is a complete fallacy. As mentioned earlier, India has consistently demonstrated its abhorrence for expansionist designs, The aura is being created to garner as much of the foreign aid as possible into the ambit of defense expenditure from where it can be looted with impunity. What is not being realised is that with the aid not reaching the common man for whom it is meant he is deteriorating further into an abyss of poverty which, in turn, is pushing him towards radicalisation. Thus, while preparing for an imaginary enemy the Pakistani Army is creating an enemy within. The remark may have been attributed to the Indian Prime Minister, but in actuality it is the sanest advise that can ever be given to Pakistan. Instead of wrangling over it, the country needs to introspect about its inherent problems..