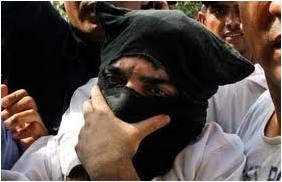 Pakistan, at present, is facing one of the greatest political and diplomatic isolation in the international arena ever to have been afflicted on a nation. As things stood sometime back, in the whole of south Asia, Pakistan could not count upon even one single nation as its friend, except Saudi Arabia.

China for instance has, for quite some time, been vocal on the matter of Uyghur terrorism. In the last couple of years there has been a rise in religious extremism in China’s eastern province and it has blamed Pakistan for this.

Afghanistan and Pakistan have historically been seen as hostile nations; in the recent past the hostility has witnessed an upswing and mistrust is palpable despite Pakistan’s involvement in the supposed war against terror being played out on the soil of Afghanistan. The hostility extends from open skirmishes between the forces of the two nations on the Durand line to the air conditioned offices of their politico-diplomatic establishments.

Bangladesh has shunned Islamic extremism and is now attempting to rebuild itself as a secular nation, for which reason, it has made public its decision to eliminate extremist ideology from its soil; extended a hand to build bridges with India and called for punishment to those Pakistani officers who were guilty of war crimes during the 1971 war of liberation.

Amongst the smaller nations, Nepal, which was once a hot destination for the launch of Pakistani sponsored terrorists into India, has taken a very serious stance against the Islamic terror network and is keeping its distance from Pakistan; Sri Lanka, similarly, has fallen away from Pakistan on the extremism issue. In the entire Middle East, Pakistan is neither trusted nor seen as equal; Iran and Pakistan share a non committal relationship at best.

Europe is fed up of Pakistan ever since the closing down of the NATO supply route. Pakistan’s relations with the US have also tanked since. Frantic efforts made by both parties to arrive at an understanding have borne some fruit lately but this is essentially a bond made for temporary mutual convenience. it does not have the intrinsic strength that was prevalent earlier.

The latest setback for Pakistan has come from its most enduring ally, Saudi Arabia. In a move that has left Pakistan shell shocked, the country has handed over to India, Abu Jundal, a notorious terrorist of Indian origin who was roped in by the ISI and taken to Pakistan to assist in the planning and execution of the 26/11 terrorist attack on Mumbai. However, what the Saudi’s have done is not without reason. They have not supported the arch rival (India) of their best friend (Pakistan) without ample reason and due thought. The Saudi’s fear political backlash from the international community if they do not take action against Islamic extremism whose epicenter has now been established to be at Pakistan. They have taken this step to save themselves from an embarrassment in the international arena.

Pakistan had three most important allies in the global arena, namely, China, US and Saudi Arabia. All three remained loyal friends against all odds. The US and Saudi Arabia have worked with Pakistan from the time when Russia came into Afghanistan; Saudi Arabia has been actively financing Pakistan’s military ventures including the nuclear programme. China has been an enduring ally, mainly, to counter Indian influence in the sub-continent. There has rarely been a time when these three nations have not come forward to rescue Pakistan, despite its innumerable international intransigencies. For a long time now Pakistan has been at loggerheads with world at large, but thanks to these three musketeers it has survived the anger and frustration directed towards it by the more rational segments of the international community. It now seems that things have gone too far even for the three musketeers to swallow and they have been left with no option but to withdraw support.

With all its allies and friends deserting Pakistan one after another, Pakistan’s political commentators, especially the ones affiliated with army, blame the whole world for their internal situation; they constantly harp on prejudices and conspiracies. Yet, they have failed to shift the blame from the country’s murky internal politics about which the world is, by now, well aware. The whole world knows that Pakistan Punjabis, especially those serving the army, have a single point agenda to colonise other provinces and if possible the whole of Afghanistan for their personal greed and blinkered politics. They have engineered wide spread violence in the region by resorting to systematic extermination of the Hazara’s, the Baloch’s and others. It is this demonic ravenousness which has created and is sustaining the monster of Islamic terrorism in the nation. Violence in Pakistan will not remain unnoticed; if left unchecked, it will to further alienate the global community.

Nothing could have gone more wrong for a new prime minister who has already taken on the responsibility under a cloud. He has inherited a country which is mired in seemingly insurmountable political, constitutional, economic and ethnic problems. The country’s image has been dented by recent political events and now the nail in the coffin has come in the form of the arrest of Abu Jundal. The web of isolation that has, for some time, being woven around Pakistan has now become complete and the country has none other than itself to blame for the turn of events. It can affect a turnover, but for that it has to change its policies; it simply has to rein in its internal political and ideological contradictions. No matter how much Pakistan calls itself as nation which has been wronged by history, the world knows the truth. Would the Punjabi dominated army ever allow this changeover or will this maverick force ultimately turn the nation into an isolated Jihadistan.