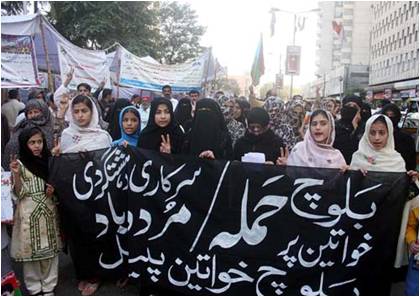 On May, 09, 2012, with slogans of, “Takht-e-Lahore Alvida” (Good bye to the throne of Lahore) in the assembly of the Punjab province in Pakistan, two resolutions demanding division of the province into three different segments were passed unanimously. This was historic and significant because the largest, richest, politically most powerful province is looking for division by the unanimous decision of an otherwise sharply divided house.

These two resolutions were for creating two more segments in addition to the original Punjab. These segments are Janoobi (South) Punjab and Bahawalpur. The resolution made a demand to the federal government to facilitate the division by setting up a national commission, without any delay, to work out the constitutional, legal and administrative frame work pertaining to the division process.

Quoting from the Janoobi Punjab resolution, which said, “This representative house of provincial assembly calls upon the federal government to create the province of ‘Janoobi Punjab’ and to materialise this objective, a national commission be set up forthwith to settle all the key issues relating to creation of the new provinces like fair distribution of water and other resources, demarcation of new boundaries and to settle all the constitutional, legal and administrative matters to complete the process of formation of new provinces without any delay”.

Similarly, the resolution on Bahawalpur province says, “This house is of the considered opinion that people of Bahawalpur, who had been struggling since long for the restoration of the previous status of Bahawalpur as a province; and whose demand relates only to restoration of their previous province and not that of making a new one; and which is based on administrative, geographic, historic, constitutional and political facts. Therefore, keeping in view all these facts, the house is of the opinion that the previous province of Bahawalpur should be restored without any delay. The house demands that a national commission be set up forthwith to settle all the key issues relating to creation of the new province like fair distribution of water and other resources, demarcation of new boundaries and to settle all the constitutional, legal and administrative matters to complete the process of formation of new provinces without any delay”.

The demand of new provinces on the basis of tribal/ethnic identities has been going on for quite some time. Just to give a perspective, Awami National Party (ANP) which predominantly represents the Pakhtoons in Pakistan has, for long, been demanding a Pakhtoon province in Balochistan. This very party, however, opposes the demand of the ruling party of Pakistan, the Pakistan People Party (PPP), when the latter calls for a separate Hazara state in Khyber Pakhtoonwa (KP) which is ruled by ANP. Since PPP has made public its demand for the Hazara province in KP, ANP has gone easy on its demand for a Pakhtoon state in Balochistan. Another interesting fact that is worth mentioning is that the Pakistan Muslim League (Nawaz) which is the ruling party of Punjab were initially giving vehement opposition to the division theory but once they realised that they would lose votes in the Bahawalpur and Saraiki areas they agreed to the division with great alacrity. There is also an ongoing demand by Mohajirs in Sindh for a separate province and declaration of Karachi, a city of two million, as a separate state.

This problem emanates from the Punjabi dominance over politics and policy of Pakistan. A large portion of the blame falls on the Punjabis who constitute 40 percent of the population of Pakistan. They have been blatantly settling in other provinces to an extent that the demographic patterns are undergoing a change. In the name of development the Sairaiki area of South Punjab got a new canal system; ultimately, the lands were allotted to Punjabis from the Doaba region. Something similar is happening in Bhawalpur also. A majority of the Punjabis have migrated to other provinces under protection of the military leadership, which again is Punjabi dominated. The core strategy is to undermine the dominance of other ethnic groups in these provinces and control their assets.

Such ideas and demands for ethnic provinces come from the perceived threats and mistrust that various communities feel from each other. The idea is not administrative convenience, it is mutual distrust .The discriminatory policies of Pakistan’s Punjabi dominant leadership have created a fear psychosis amongst the native population, because of which, the demand for new provinces has sky rocketed. Every community wants its own province in order to secure its core interests and lands. The justification for armed violence in the name of protecting one’s ethnic group is derived from political subjugation. It must be remembered that, earlier, ignorance of the Bengali sentiment cost Pakistan half of its land mass and population. It seems that the leadership has not learnt any lessons and it has continued with its discriminatory policies, for which reason, it is now face to face with insurgency in Balochistan, MQM led violence in Karachi, Jiye Sindh movement in Sindh and unrest in other provinces. The Punjab assembly, by accepting these resolutions, has opened a Pandora box in Pakistan. It will be interesting to see how the resolution of the Punjab assembly will fare in the Pakistan parliament. If not handled properly, this issue will leave Pakistan in smithereens, for which, no one outside Pakistan can be blamed.