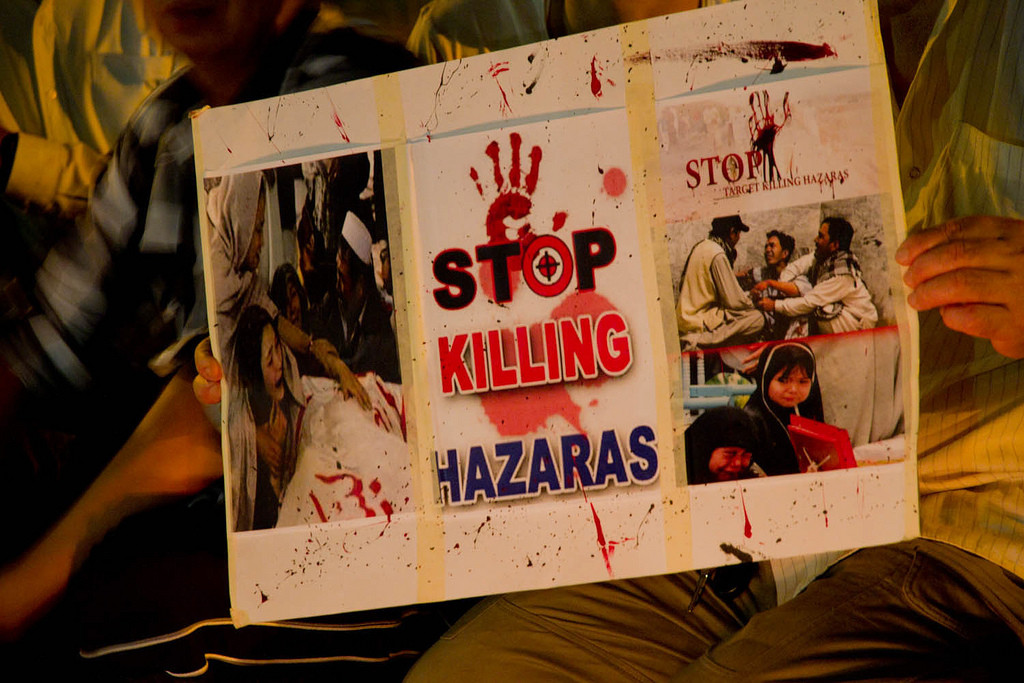 One can only look back with nostalgia at the promise made by Muhammad Ali Jinnah to the people of Pakistan at the time of partition. “You are free; you are free to go to your temples, you are free to go to your mosques or to any other place of worship in this State of Pakistan. You may belong to any religion or caste or creed — that has nothing to do with the business of the State,” he said.

Today, a stage has come where the Human Rights Commission of Pakistan (HRCP) has noted that widespread social and economic marginalisation has left the weakest segments of society invisible and unheard in the country. HRCP has termed Pakistan’s human rights record in 2019 as ‘greatly worrisome,’ adding that the ongoing global pandemic, ‘is likely to cast a long shadow on prospects for human rights.’

According to the report, Pakistan has failed to protect its most vulnerable. Children of minority communities are being made to work in the mines of Balochistan and also being sexually abused. News of  children being raped, murdered and dumped has become frighteningly common. Women continue to bear the brunt of ‘honour killing. Prisoners in overpopulated jails live in subhuman conditions; a large number are from minority communities, languishing for years on end without a fair trial.  People reported ‘missing’ is a common occurrence even as “internment centres” continue to be operated without any justification.

Religious minorities are unable to enjoy the freedom of religion or belief guaranteed to them under the Constitution; their places of worship have been desecrated. Forced conversion of young women continues to be common place  and constant discrimination in access to employment exists. Journalists face prosecution for speaking against the government and many publications have been banned arbitrarily.

The matters referred to in the HRCP report have been substantiated by those who have fled from Pakistan and taken refuge in India. They give very sad firsthand accounts about their lives in the country. They confirm the point made by the HRCP that, in Pakistan, minorities live like slaves without any well defined rights as citizens. In the schools, minority students, notwithstanding their religious belief, have to respond during roll call by saying “Allah ho Akbar.” The minorities do not have right to unhindered worship in public places. Most of the age old Hindu Temples, Gurdwaras and Churches have been destroyed. As a result, religious ceremonies are carried out within the confines of the houses and these too are inhibited in times of religious festivals by fear of riots.

To cremate their dead they have to take permission from the police. In the eventuality of being given, they have to find some place in a far flung jungle for the mortal remains to be consigned to flames. Quite often the cremation is done in one’s own house under secretive conditions.

Their women are forcibly converted to Islam and then married to Muslims. When the abduction of a girl from a minority community is carried out, the Police does not take cognisance of complaints by the parents and relatives and no investigation is undertaken. Meanwhile, the girl is made to sign the conversion papers which are then presented in the court which accepts them with great alacrity and declarers the process of conversion and marriage to be valid.

Persecution of Muslims belonging to sects other then the majority Sunnis is rampant. Ahmadiya Muslims  were declared non-Muslim in 1974 and were further deprived through an Anti-Ahmadiya Ordinance in 1984. They vote as non-Muslims and are denied equitable job opportunities; there are severe restrictions to their entry in professional institutions which hampers their right to education. Sections 298-B and 298-C of the Pakistan Panel Code debars Ahmadiyas from calling their place of worship a Masjid.

Shia Muslims across Pakistan and especially in the occupied areas of Gilgit-Baltistan have been subjected to massacres and bombings of religious places/congregations, economic deprivation, curbs on right and liberties, restrictions on freedom of speech etc. Law enforcement agencies have extraordinary powers that are used to suppress the people. The authorities can detain anyone without due process of law, engage in electronic surveillance, conduct search and seizures and use military force wherever deemed necessary. Local leaders are facing terrorism charges.  Innocent people there are being framed under Schedule 4 of the Anti-terrorist Act even as actual terrorists are free to create mayhem.

Apart from the Shia’s  of Gilgit-Baltistan, Pakistan is home to about one million Shiite Hazara Muslims residing mainly in Balochistan. This hapless community is being specifically targeted by terrorist groups like Lashkar-e-Jhangvi and Sipah-e-Sabah and is suffering immeasurably.

The Nehru-Liaquat pact had promised rights to minorities in Pakistan as also a guarantee of safeguards. Despite this, four Million Hindus from Pakistan relocated in India between 1951 and 1970  due to persecution in the country. The Hindu population in Pakistan has fallen from 22 percent in 1951 to around 2 percent presently. Millions of people have simply vanished in thin air and the remainder continue to seek refuge in India.

Pakistan is determined to exist as an Islamic State comprising only of Sunni Muslims. The unwritten policy to attain this objective is to exterminate the minorities through terror attacks and pogroms or force them to migrate, mainly towards India. Stringent laws that suppress the minorities are being passed and applied with regularity.

The world needs to take cognisance of the genocide that is taking place in Pakistan. Pakistan needs to be compelled to stop the systematic and organised campaign of violence that is specifically targeting minority communities. Pakistan also needs to be stopped from tinkering with the culture, identity and way of life of the minorities. Reversing the established trend will require restructuring of the relationship of the state with its non-Muslim citizens and the role of Islam in governing public lives. Once atrocity is stopped then the issue of the constitutional rights of the people can be arbitrated. These, however, are areas that remain contentious and even hazardous to engage politically.