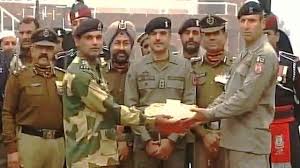 “Today, we are confronted with unprecedented threats and challenges in the form of extremism and terrorism, but we are resolved to defeat these evils. The menace of terrorism and extremism will be completely wiped out from our soil,” said Pakistan Prime Minister Nawaz Sharif in his written statement o released on the occasion of Pakistan Day on March 23.

These words reflect the seriousness with which the Government of Pakistan views its tenuous internal security situation.

Mere words, however, are not going to suffice in dealing which a situation that has gone beyond criticality; a situation which is a cause of worry, not only for Pakistan, but the entire world and especially the immediate neighbourhood of the country, in particular, India and Afghanistan.

The roots of terrorism and extremism in Pakistan were laid by the evil and malevolent “policy of a thousand cuts” conceived and implemented against India during the dictatorial regime of President Zia-ul-Haq. Spread of terrorism in the Indian state of Jammu and Kashmir was the fulcrum of this policy. Terrorist were trained in Pakistan by organisations like the Lashkar-e-Toiba (LeT) and infiltrated into Jammu and Kashmir to cause vicious bloodshed and mayhem of the innocent and peace loving people of the state.

The policy was also extended to Afghanistan in support of covert US operations to oust the Russians from there. This led to the rise of the Afghanistan Taliban followed by the Tehreek-e-Taliban Pakistan (TTP) which firmly embedded militancy within Pakistan itself.

With time, militant organisations like the LeT and TTP became Frankenstein monsters and started causing untold damage within Pakistan also.

In case Prime Minister Sharif wishes to walk the talk on his commitment to “wipe out the menace of terrorism and extremism” from his country, he will have to take measures to eradicate the very roots of the problem that lie in the Jihadi organisations created to target India.

The first act in this direction would be to stop proliferation of terror, dissension and disruption in the Indian state of Jammu and Kashmir.

This, sadly, does not seem to be happening. Even before the written statement by the prime minister was released, the High Commission of his country in India had sent invitations to the separatist leaders of Kashmir to attend the Pakistan Day celebrations in New Delhi. Buoyed by this reaffirmation of Pakistan’s faith the so-called leaders made a bee line for the event. Syed Ali Shah Geelani, Mirwaiz Umar Farooq, Agha Sayeed and Nayeem Khan attended the function and took great pains to project their pro-Pakistan credentials. What they said and did was faithfully recorded by the Indian electronic media thus giving them their two bits of publicity.

What Prime Minister Sharif did not say about Kashmir in his address was said, on his behalf, by his guests in the official function held in India, thus taking the winds out of the commitment against terror and extremism that he made. The bottom line is that Pakistan, for all its talk, is simply not serious about dealing with the problem.

Such invites and interactions to the separatist Hurriyat leadership followed by grand standing by some sensationalist segments of Indian electronic media do not by any means resurrect the marginalised status of the conglomerate. Its so-called leaders have no voice in Kashmir for which reason they try to garner some publicity in Delhi?

By continuing an alliance with the Hurriyat Pakistan is hurting its own image while getting nothing in return. It is time for the country to revisit its policy and align it with the realities on ground. Pakistan cannot wrest Kashmir from India with or without the Hurriyat – this is a ground reality that the country has to come to terms with.

Pakistan also needs to move towards creation of an inclusive, liberal democracy as envisioned by the founding fathers of the nation. Sadly, no political establishment in Pakistan, since the creation of the nation, has been successful in taking wholesome steps in this direction.

The hardships being faced by the people of Pakistan Occupied Kashmir and Gilgit-Baltistan are not hidden from the world despite attempts by successive federal government to keep the regions out of the media glare. These people are being directly targeted by the Jihadi forces; they lead a life of constant fear and insecurity not knowing when the Pakistan army or the terrorist would come knocking and some member of the family would disappear forever.

By turning a blind eye to such happenings, Prime Minister Sharif cannot hope to realise his objective of freeing his country from the menace of extremism and violence.

How far Sharif can succeed in his resolve depends on the response of the Pakistan Army that holds the key to the Jihadi machinery in the country. If Sharif is unable to marginalise the army or convince it to change its course, he stands no chance of moving even an inch forward in this direction.

It is an established fact that Pakistan is a failed state. It is surviving of dole provided by such countries that exploit is in one way or the other for personal gains. It is facing a threat of becoming a vassal state of some big power for all times to come.  This is definitely not a situation that any self respecting people would like to be in.

It is for this reason alone that the people of the country should fully support their prime minister when he says that he will fight the evil forces of extremism and terrorism. While supporting him the people should also ensure that he takes steps in the right direction without succumbing to pressure from such vested interests that do not wish to upset the apple cart. It is only honest self appraisal and firm action that can bring about a change in the situation.

Here’s wishing Pakistan the very best in its re-tryst with destiny on the occasion of its national day!!