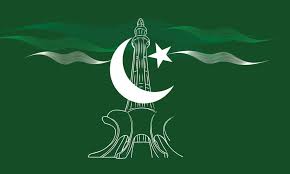 Pakistan observes its Republic Day on 23, March every year. Also known as Pakistan Day, it commemorates the Lahore Resolution that paved the way for adoption of the first Constitution of the country which gave to it an Islamic character. Technically speaking, commemoration of this day does not stand to order since the said Constitution of 1956 was abrogated in 1962 and then again in 1973. In between there were a large number of Dictatorships when the Constitution was held in suspended animation. The present Constitution of 1973 has also witnessed as many as 22 amendments and more are expected in future.

Notwithstanding the foregoing, Pakistan continues to commemorate the first Constitution with a Parade and a lot of fanfare, more so, to replicate the Republic Day parade held in India on 26 January each year. This year was no different! The Parade was held on the due date at Shakarparian Hills near Islamabad and was attended by President Arif Alvi and Prime Minister Imran Khan along with the top brass of the country including the all important Chiefs of the Armed Forces. The prime minister of Malaysia, Mahathir Mohammad, was the chief guest for the parade.

One does not grudge Pakistan its parade and fanfare despite it being technically irrelevant. What is galling is the India centric tone and tenor of the event. It is utilised to give vent to an intensive anti-India brand of nationalism and a so-called show of military strength to demonstrate a military parity with India. Kashmir stays central to the narrative of the event.

The laid out script was played out this year too. The presidential address during the ceremony focused predominantly on India. “Pakistan is a responsible nuclear state but it wants peace, not war. Pakistan respects integrity and sovereignty of other states,” said President Arif Alvi during his address. There can be no doubt as to who was being targeted in the statement as the “other state.” There can also be no two thoughts about the use of the word “nuclear” and the connotation thereof. In his second statement aimed at India the Pakistani president was more direct, ““India will have to accept Pakistan as a reality, and it must come to the conclusion that dialogue is the only way to resolve issues.”

The objective of the address was to create an impression that India is solely responsible for road blocks in a dialogue process with pristine clear Pakistan, a country that has the nuclear potential but continues to maintain exemplary restraint.

The second aspect is the drama that is played out every year by the Pakistan High Commission in India by inviting the Hurriyat leadership for the function that it holds on the occasion of Pakistan Day. This year, as many as 30 plus Hurriyat leaders were sent invitations despite the fact that most are under arrest/detention by Indian authorities on charges of foreign money laundering and anti-national activities and an investigation by the National Investigation Agency (NIA) is underway. The invites were a case of malevolent posturing designed to heckle India. The Indian Government, much to the embarrassment of Pakistan and very rightly so, boycotted the event after terming it as double speak and a blatant attempt to meddle in the internal affairs of the country.

The most hilarious is the Pakistan Air chief coming in social media to say, “…. make no mistake we will safeguard Pakistan; Presenting to you our wings of freedom as the guardians of the skies; Pakistan Zindabad.” This was followed by a Public Relations exercise to show the Air Chief personally leading the fly past during the parade and visuals of his preparing for the same were posted in twitter. Experts, however, are saying that the chief took to the sortie as a second pilot much to the embarrassment of the establishment. Beyond the mirth being generated by this episode, what gains importance is the motive behind the same. It was designed to build up the confidence of the common man in Pakistan with respect to the capability of Air Force to defend the country which has been shaken by the aerial face-off between India and Pakistan in February this year. It came across as a pathetic propagandist act.

The only saving grace for the Pakistan Day celebration is the admission by the top leadership about the need to usher reforms in the trouble torn country. Prime Minister Imran Khan said that reforms would be directed towards converting Pakistan into an Islamic Welfare State. While it is difficult to understand what  the prime minister implies by use of this new term, what is quite evident is that a lot of work is required to be done to turn around the country from the acute financial difficulties that it is facing. Even as the ceremonies for Pakistan Day were underway China gave the country a $ 2 Billion bailout for day to day expenses.  Under these circumstances what welfare activities can be carried out is anybody’s guess.

President Arif Alvi, in his message, said that the nation had overcome challenges pertaining to extremism and terrorism. Even when he was so saying there was news of a massive attack by the Balochistan Liberation Front on an outpost of the Pakistan Army in Khuzdar leading to a large number of fatalities of Pakistani troops. Obviously, a lot needs to be done before the optimism of the good President can be changed into reality.

Pakistan needs to engage with the problems that it is facing in order to shed the threshold of being a failed state. It has to accept the fault lines that is has in the social, economic, political and internal security framework and take credible steps to remove the same. To remain engrossed with India is not going to help. It is time for the country’s leadership to go beyond a traditional script and face the new challenges with a new outlook. Pakistan Day provided a good opportunity to the leadership to change the narrative. Sadly the opportunity was lost.

(Jaibans Singh is a reputed columnist, author and public speaker)