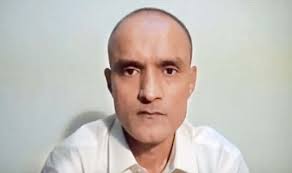 A close scrutiny of Pakistan media lays bare the fact that in the case of Kulbhushan Jadav, the Pakistan Army is following a script carefully laid out by the Pakistan Army chief personally. Jadav is an Indian national who has been awarded a death sentence on charges of spying by a military court in Pakistan.here is evidence to prove that the decision to award the death sentence was taken even before the trial court was convened. Pakistan Army Chief, General Qamar Javed Bajwa, let the cat out of the bag way back in February this year by making an off the cuff remark while on tour of the Line of Control on February, 21.

While emphasising that his army was fully aware of India’s “nefarious designs” and its support to terrorism in the region he asserted, “Indian spy Kulbhushan Yadev is one such evidence of these efforts and his case will be taken to the logical conclusion.”

How did Gen. Bajwa reach to the conclusion that Kulbhushan was an Indian spy before perusing the trial report? It is so apparent that he had already made a decision on the death sentence; what the military court was doing was simply a farce.

Another statement made by Gen. Bajwa on the same day is significant, “At one hand, the ceasefire violations by Indian forces are an effort to divert world’s attention from its atrocities against innocent Kashmiris, while on the other hand it is an attempt to dilute our response against terrorism and militancy.”

It becomes very clear from the foregoing statement that Gen. Bajwa had engineered the entire unfortunate drama to counter the support being extended by India to the Baloch people in their fight against state repression. Gen. Bajwa wants the world to believe that Indian intelligence agencies are the ones who are fanning fires of secession in Balochistan; Kulbhushan Jadav is the scapegoat for driving home this point.

Gen. Bajwa also said, “We will continue our solidarity with people of Indian Occupied Kashmir, who are struggling for their right of self-determination.”  And Lo Behold!! Pakistan Army announces the arrest of three so-called “Indian spies,” said to be in the pay role of the Indian Research and Analysis Wing and assigned with the task of targeting sensitive installations on the China Pakistan Economic Corridor (CPEC).

The message – Indian intelligence agencies are not only causing trouble in Balochistan but also in the so-called “Azad Kashmir.”

Gen. Bajwa has, for quite some time now, been under pressure to show his leadership skills or choose a life of ignominy under the shadow of his predecessor Gen. Raheel Sharif. The fact that Sharif is poised for a larger role in the Islamic world put additional strain on Gen. Bajwa to deliver of be damned. What is happening is a direct result of the insecurities being felt by Gen. Bajwa. It is his way of showing the world that he has arrived!

Drunk with power and with nobody to challenge its authority the Pakistan Army, in support of its chief, has gone in for this crude and infantile Psychological Operation in an attempt to ward off pressure from its misdeeds and failures. Its obtuseness and stupidity gives the signature of the Inter Services Intelligence (ISI) Pakistan’s notorious military spy agency.

Prime Minister Nawaz Sharif has no option but to toe the line of the Army, as he has been doing all through his lacklustre innings as head of the state. Every time he thinks that he has a pliant Chief in place he gets a shock and so is the case this time too.  It is not Bajwa but he who will have to face accusing eyes in all international meets in case Kulbhushan is executed. He has no option but to absorb the damage to his political reputation caused by the idiocy of his military generals. He is, by now, is beyond shame!

However, voices of disapproval are being heard across the world and even in Pakistan.

“The conviction for spying and sabotage of Indian national Kulbhushan Jadav has the potential to inflict lasting harm on bilateral relations if not handled sensibly,” says Pakistan’s major English daily “Dawn.”

All eminent political commentators of Pakistan who have spoken on the subject on television have advocated restraint and transparency in the proceedings. They are of the opinion that if not India at least the international community and especially the United Nations should be kept in the loop so far as the proceedings are concerned.

The Pakistan intelligentsia rues that fact that the country does not have a credible foreign office that can deal with the negative fallout. They feel that the deafening silence of the Pakistan political leadership will have serious international repercussions.

The intelligentsia further holds the opinion that providing consular access to India would have been an appropriate thing to do. They feel that India has proven to the world that Pakistan interferes in her internal affairs and Pakistan has been unable to counter this perception.

Top US experts have expressed concern over Pakistan’s decision to give death penalty to Kulbhushan Jadav. “What struck me the most is the contrast between the speed of Mr. Jadav’s trial set against the endless postponements for that of the Mumbai attackers,” said Alyssa Ayres, senior fellow for India, Pakistan and South Asia at the Council on Foreign Relations, a top American think-tank.

“It seems clear that Pakistan wants to send a very strong message to India, whether to warn New Delhi against meddling in Pakistan or to push back in a big way against India’s efforts to isolate Pakistan on the world stage,” said Michael Kugelman, deputy director at the prestigious Woodrow Wilson Center.

The malafide intentions of the Pakistan military establishment in the Kulbhushan Jadav case stands established, it is now up to the international community to stand with India and ensure that such travesty of justice is not allowed.

(Jaibans Singh is a reputed defense expert, columnist and author)