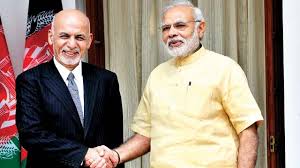 An element of nervousness in India due to the casualties of our soldier in terrorist attacks across Jammu and Kashmir is palpable. The nervousness is being fed, in no small measure, by the sensationalist reporting that has become second nature for the country’s electronic media. The footage of crying families of soldiers is flashed without even an iota of sensitivity and forgotten as soon as the next big story comes in.

Such a situation is fraught with danger to the country’s security since this is exactly what Pakistan wants — a creeping distrust in the people of India about the capability of their armed forces to protect them. Pakistan has understood India’s vulnerability and is now going all out to exploit the same. This is the reason for choosing only army establishments as targets instead of civilians, as was the case earlier.

So long as its terror strikes are reaping the dual results of causing harm and gaining psychological ascendency Pakistan would be quite happy to continue with them, regardless of the killing of its infiltrators who are, in any case, cannon fodder in the larger game being played out.

No nations or organisation has ever been able to stop a terrorist with an automatic weapon in his hand; he will go down but only after causing some damage. This reality has to be accepted.

The most important issue, therefore, is to remove the “zero error syndrome” from the conduct of military operations. Certain amount of casualties will have to be accepted when a proactive posture is being adopted in accordance with the policy adopted by the NDA government.

It has to be kept in mind that the enemy is as determined as our brave soldiers; he has a vast area and innumerable targets to choose from and there are terrain, economic and many other constraints that pose a challenge to fool proof security.

Intense pressure on the army to reduce casualties can lead to a siege mentality which would spell disaster. The soldier has to be encouraged to come out and fight. If there are casualties they have to be accepted and absorbed. The nation must ease the pain of the families of fallen soldiers by looking after them instead of creating a media circus for a few hours and then forgetting about the whole sordid episode the moment the next braking news comes by.

Lt. Gen. DS Hooda, the recently retired army Commander of the Army’s Northern Command hinted to a long haul in Kashmir. “If we look at everything from a two-month perspective, we will end up adopting a short-term view. That will be counter-productive in terms of dealing with Pakistan,” he said to Hindustan Times before demitting office.

These words coming directly from an Army Commander make it very clear that while some people in India, especially in the political, media and culture spectrum, hold a “romantic illusion” of Pakistan turning a new leaf, the Army has is more in tune with reality and is prepared for a long haul in dealing with sponsored violence in Jammu and Kashmir.

It goes without saying that the Army is also prepared to withstand the casualties that it will buy in the bargain, howsoever tragic that may be, but it will not relent on punishing Pakistan.

The army is looking at increasing the cost of striking India and making it too expensive for Pakistan to carry on with its proxy war. It is in this aspect that full support from the political class and the people of the country becomes necessary.

While the pressure in military terms is being increased with an open hand to the army to extract overwhelming retribution for any form of armed misadventure by Pakistani elements, it also has to be ensured that Pakistan is punished diplomatically, economically and socially. The nation can no longer afford a flip-flops policy.

Alongside, every Indian who can hurt Pakistan in any way should not shy away from doing so. There is need for a national effort to deal with an enemy nation, and that is the manner in which the challenge should be dealt with.

The recent open condemnation of Pakistan by none less than the President of Afghanistan during the Heart of Asia conference held at Amritsar is an indicator of the frustration and disgust that many countries in the neighbourhood feel for the rogue nation. There is undoubtedly a very strong position emerging against the nefarious proliferation of militancy related activities by Pakistan, especially so, at the regional level.

There is a need for India to leverage this feeling optimally. The objective now should be to convert the verbal condemnation into concrete action on ground by applying a joint military effort to pressurise Pakistan on both it eastern as well as western border.

India has done well by giving four attack helicopters to Afghanistan that have done some very good work in controlling Taliban in the country. It would be best now to move to the next step in the strategic relationship by increasing military involvement within Afghanistan also.

Such involvement can be in terms of training of forces, provision of military hardware, advise in the conduct of operations and also deployment of Indian troops in Afghanistan.

Proactive out-of-the box and dynamic initiatives along with aggressive action along the eastern border of Pakistan with India will reap excellent results in containing Pakistan. Such acts have the potential of bringing about a paradigm shift in the thought process of the Pakistani leadership, especially the Pakistan army.

Such a proactive approach will also build the morale of own forces in their continuing challenge to contain the evil of the enemy. It is now up to the Government of India to act in a strong and decisive manner and not dither as when the pressure increases as it used to earlier.